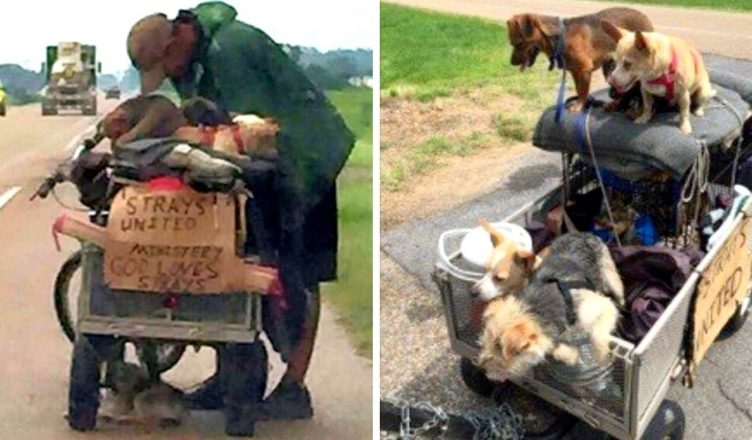 A man named Steve became unsheltered in 2001. He lived outdoors and started to collect stray dogs.

The man was as hopeless and upset as these dogs. He began to feed and look after homeless dogs. 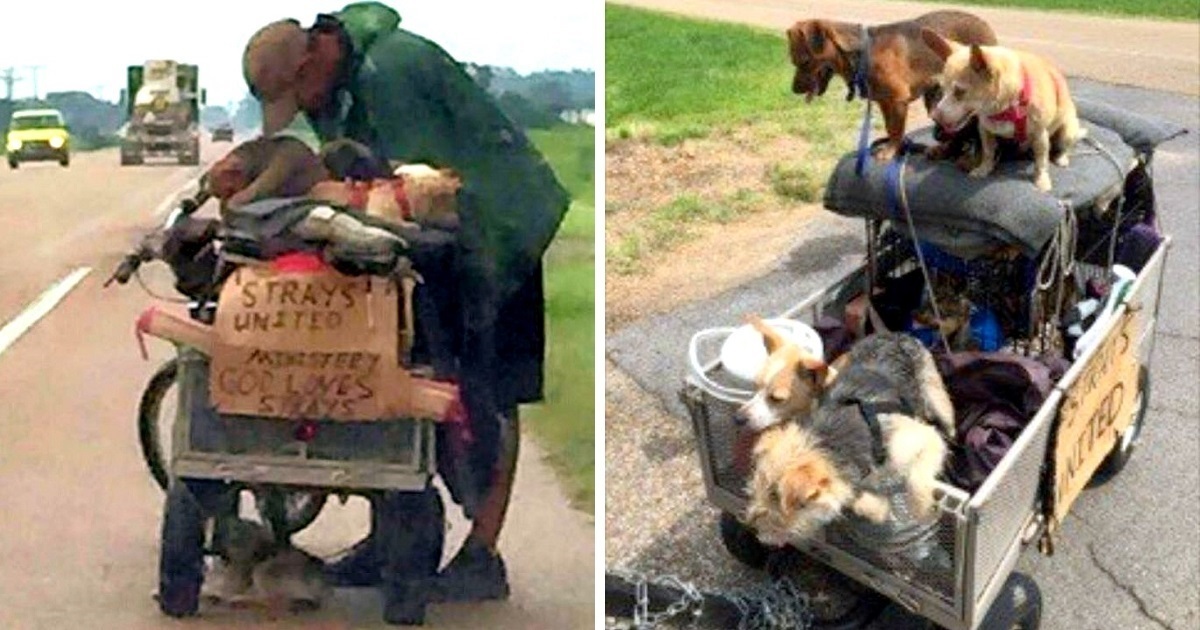 After 15 years he made a decision to go and see his friend in Indiana. At the particular time the man had 11 dogs.

He made a special vehicle to take his puppies with him. He could not even imagine he would be so lucky there. 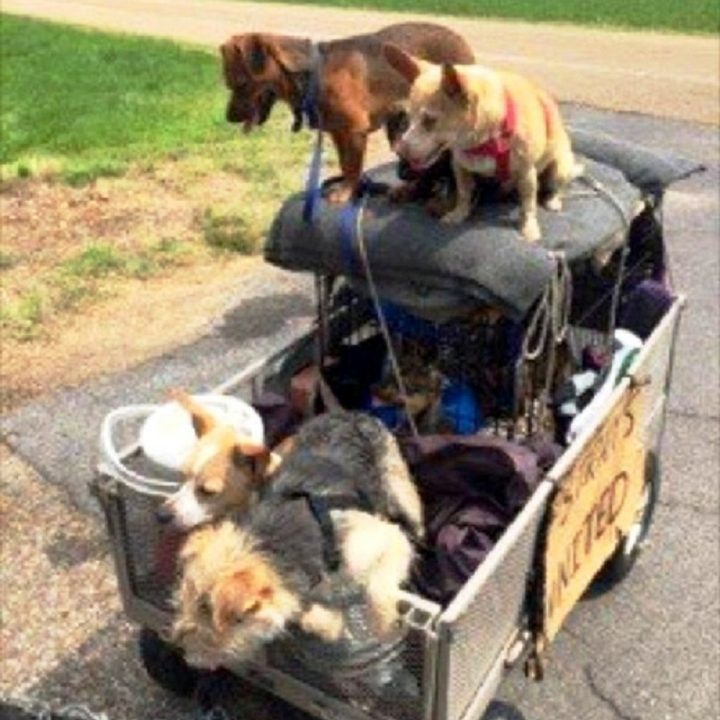 A woman noticed this man and at first neglected but after some time approached him. After knowing his story she made a decision to help the kind man. 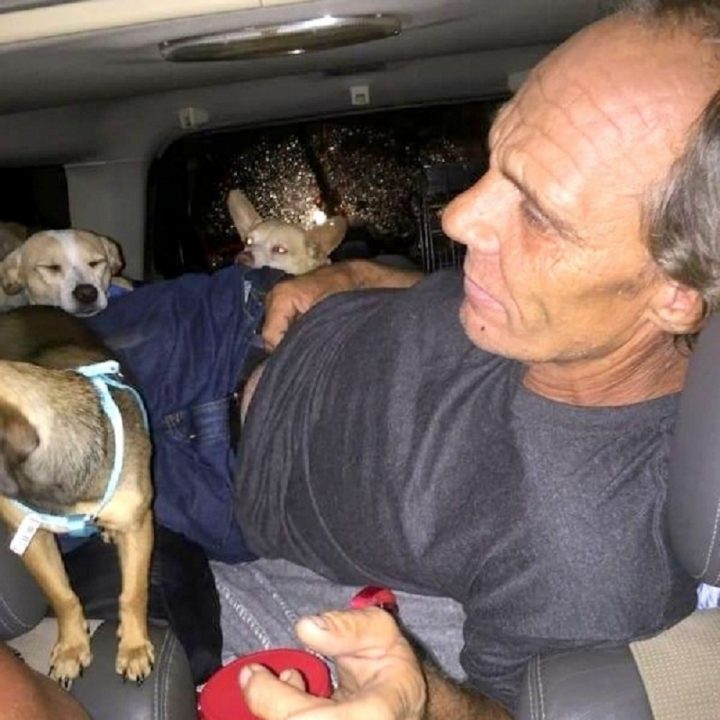 A rescue company helped the man and his dogs by giving them shelter and medical care.