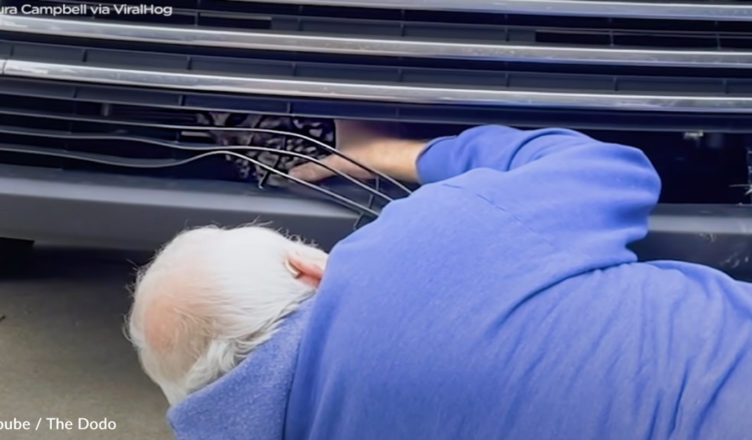 A couple was driving their car to have a dinner somewhere when they noticed something brown pass. They did not give any importance to this that night. 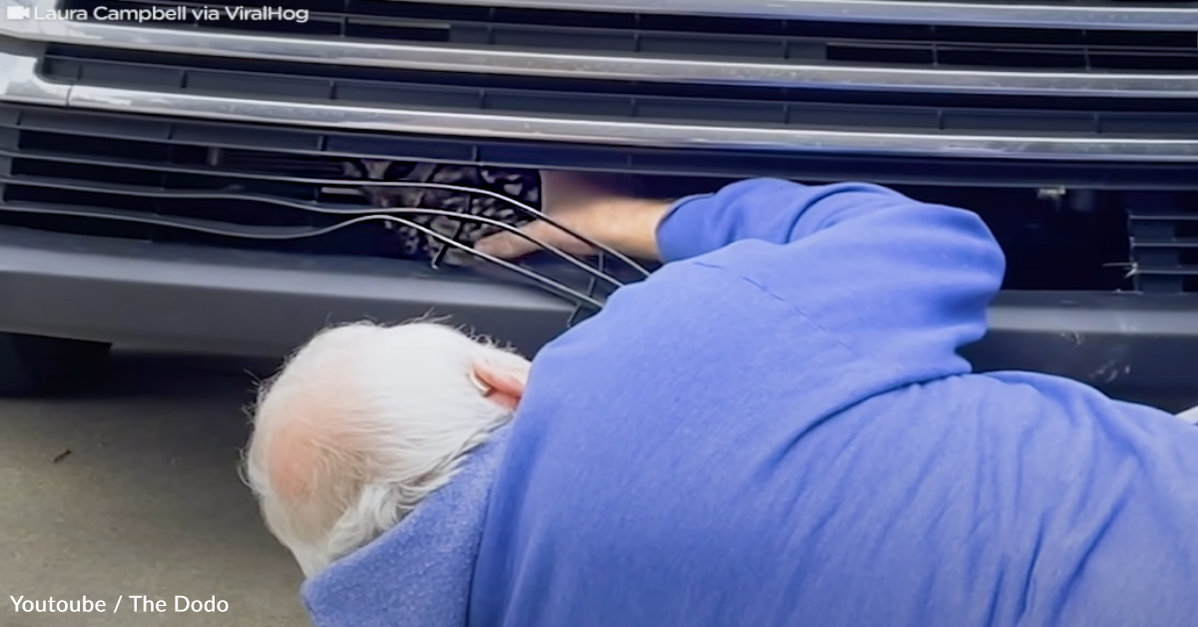 The next the husband noticed some feathers from the car grill. When he looked closer he saw a big owl stuck.in the grill of the car.

He immediately called his wife. They did everything to get the cute creature out of the car grill. They called a rescue organisation. They just could not understand how the owl got into the car grill as it was rather large. 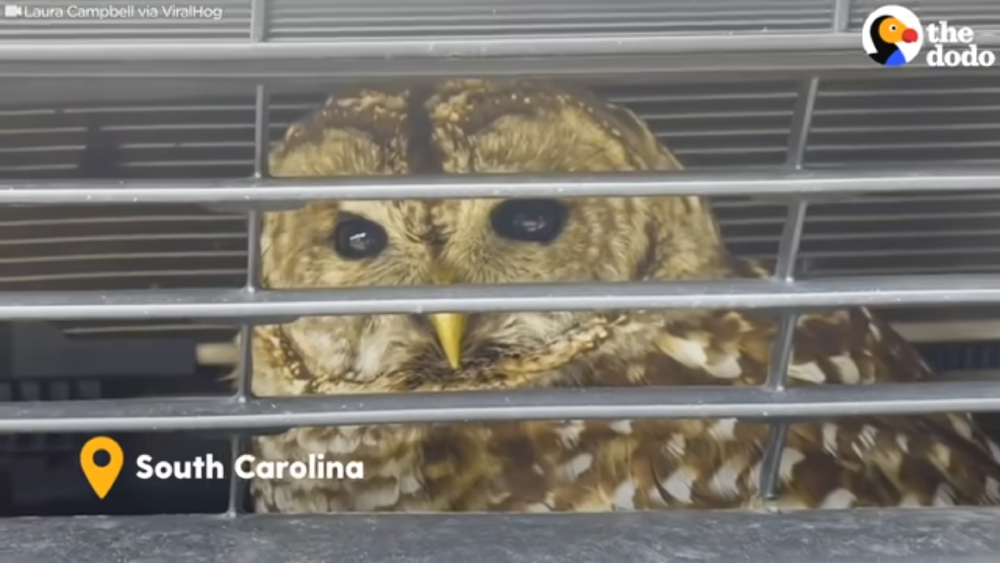 The owl was very calm and did not make any noise while being rescued. He showed that he understood that he is being rescued from this hazardous state. The owl was taken from the grill safe and sound.

The couple called the proper authority to rescue as they did not know to get him out without hurting him. The owl is safe and sound now. Thanks to this couple that did not ignore the cute creature the owl has a second chance to live. 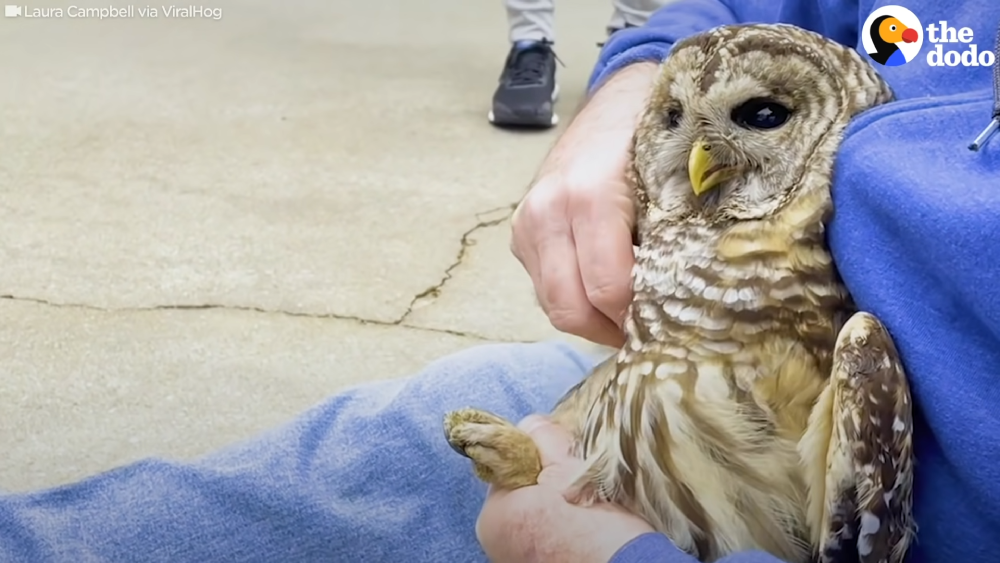