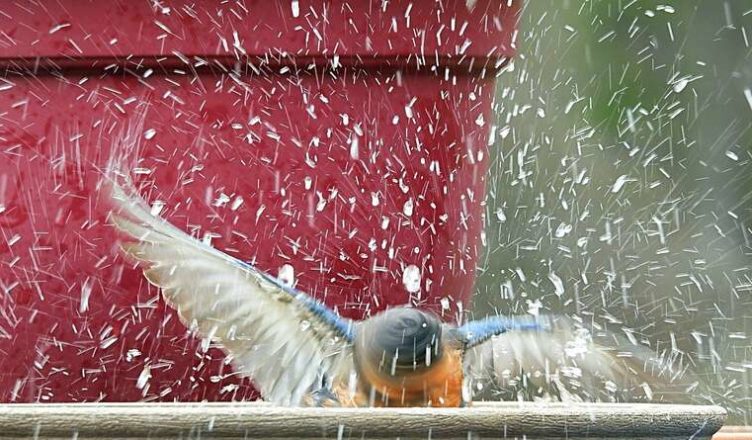 While many people are in love with cats and dogs, there are a lot of bird lovers too. Carla Moore Williams is one of the bird lovers but a bit different. She doesn’t cage them. She enjoys watching them around her backyard. 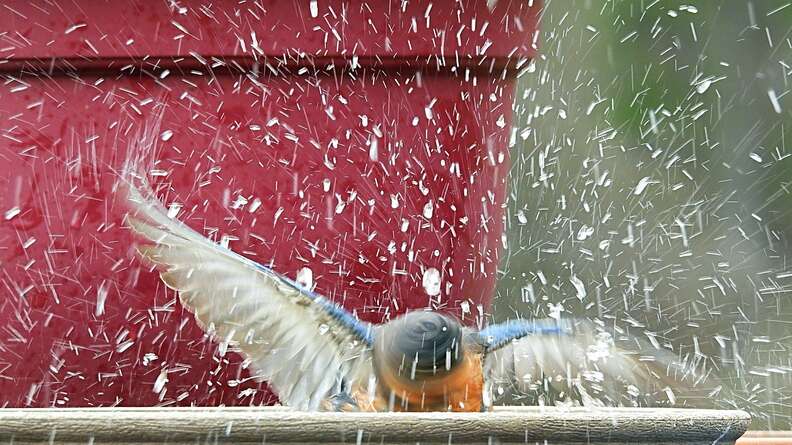 She had set up bird baths in her yard for over a decade now. There are tons of birds living around her. She wanted to create a safe place for them to come and hang out. So she could take awesome pictures of them.

One day, a little blue bird decided to have a bath in this little paradise. Moore- Williams pulled her camera out with the idea of taking awesome clicks of the colorful visitor. 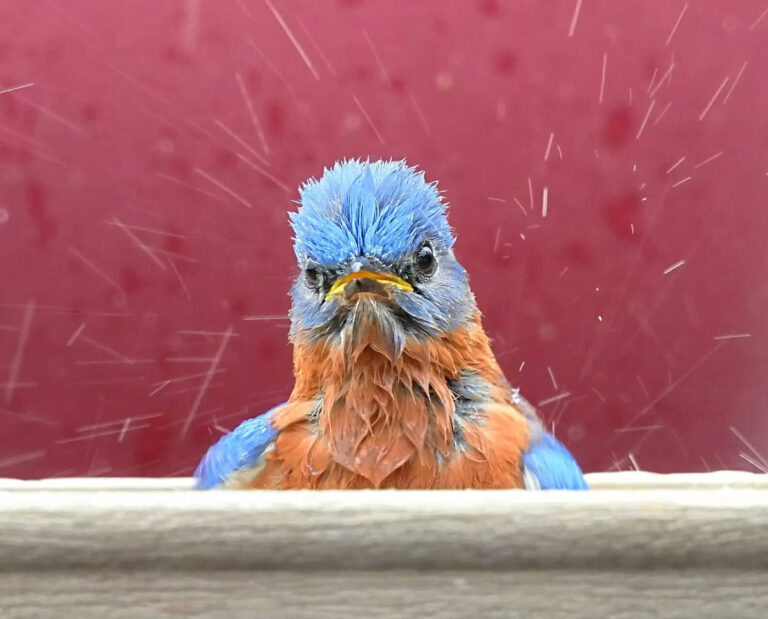 This bird is one of the large populations of eastern bluebirds. Also, Williams has photographed many of them, whenever the opportunity arises. She loves to take pictures of the bluebirds because she thinks that they are looking when they are soaking wet. 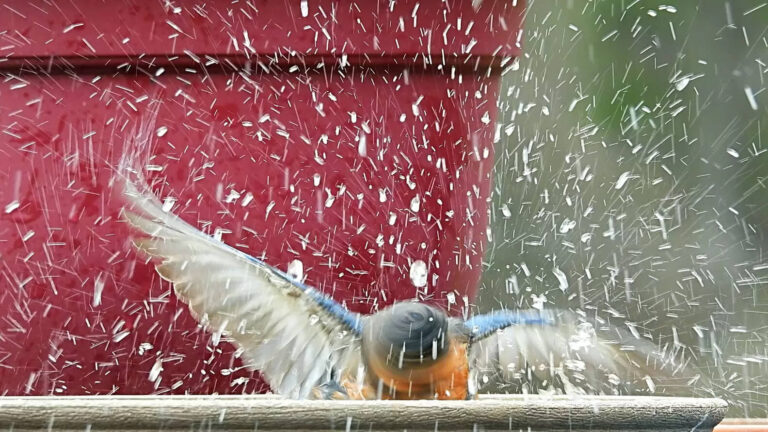 The little one had an absolute blast in there. Even though she was not sure about the photo shoot Williams shared them with everyone, and they loved it!

Williams absolutely loves photographing all of the birds who visit there. They are not always the easiest subject to photograph, but she always clicks the interesting and hilarious pictures.