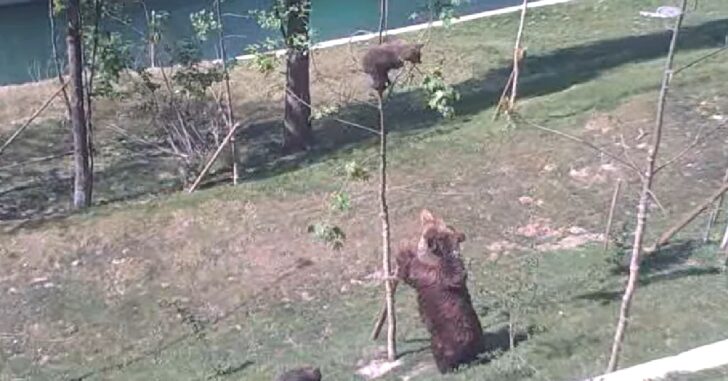 Parenting is a full-time job, it takes up all your time and energy. This is demonstrated perfectly when this mother bear attempts to get her cub down from a tree.

It looks like this mother bear in Switzerland is having a really difficult day after her youngster refused to go home.

Like most children, infant animals love to play. However, kids occasionally have a tendency to overdo things, and it is up to their mothers to control them. 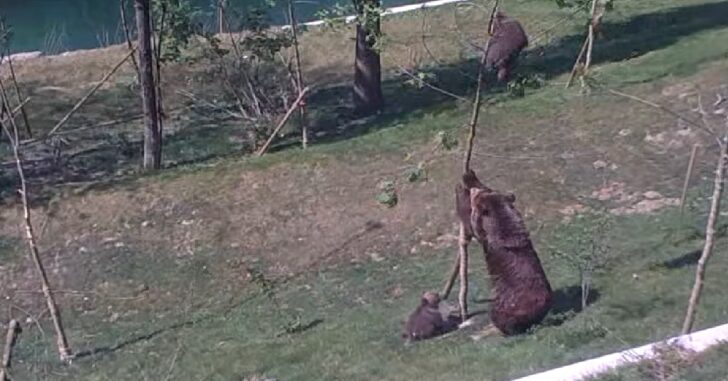 It was a little easier said than done for one parent, though. The young bear cub wanted to have some fun while mom was out enjoying the day, so she was happy to keep him amused until it was time to leave.

However, the tiny bear was reluctant to return home. In fact, the mother bear was having difficulty getting her youngster to leave the tree at the conclusion of the play session. 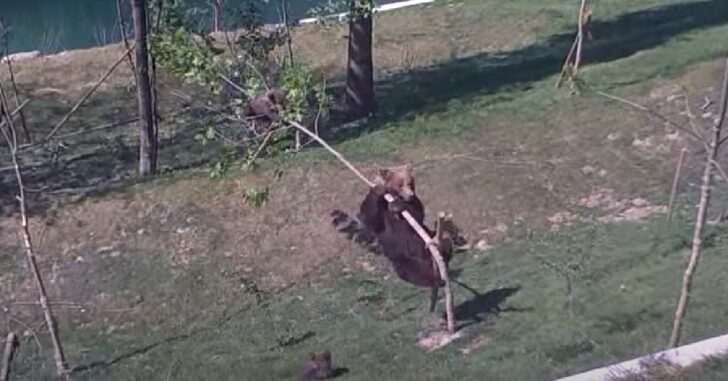 She had no choice but to use other methods. She then began to shake the tree in an effort to coax her youngster down.
Someone was able to record a video that was adorably hilarious and properly captured the mother’s function as caretaker, regardless of the species.