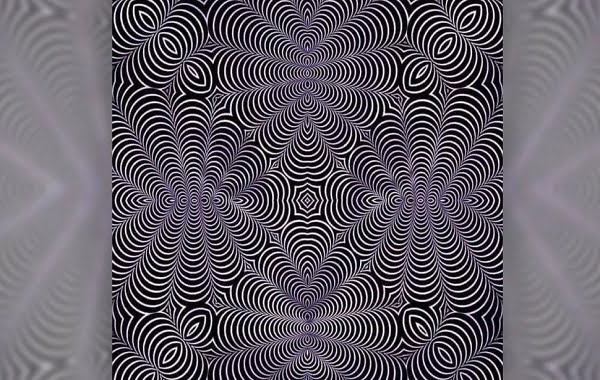 This mind-bending optical illusion is hiding two animals. But we can only see one.

And once again, we’ve been left scratching our heads by another baffling example. Is it a cat or is it a moose?

The illusion, shared on Twitter this week, features a bunch of psychedelic-looking curved lines.

But if you squint, you might be able to see an animal – apparently a moose or a cat. We’re seeing the cat, and no matter which way we look at it, we’re not seeing the moose. We just want to see the moose.

According to Twitter user Pamela Apostolo, which animal you see depends on whether you’re left-brained or right-brained.

It isn’t clear which side summons the moose, but one thing’s for sure – that side of our brain clearly isn’t up to scratch. Once again, is it too much to ask to see the moose? We just want to know what it looks like.

And it seems we aren’t the only ones. The replies are full of users who can either see the cat, or nothing at all. “I only see a cat.

Wish someone would outline the moose,” one user comments, while another adds, “I see a cat. From what I can tell no one is seeing a moose.” Either they’re onto something, or team moose is keeping very quiet.

While we’ve no idea whether the moose is there at all, it’s still fascinating to see the cat.

Focus your eyes on any particular area of the illusion, and the face will disappear. It’s a testament to the power of optical illusions that they can cause our eyes – and brains – to see something that very much isn’t there.