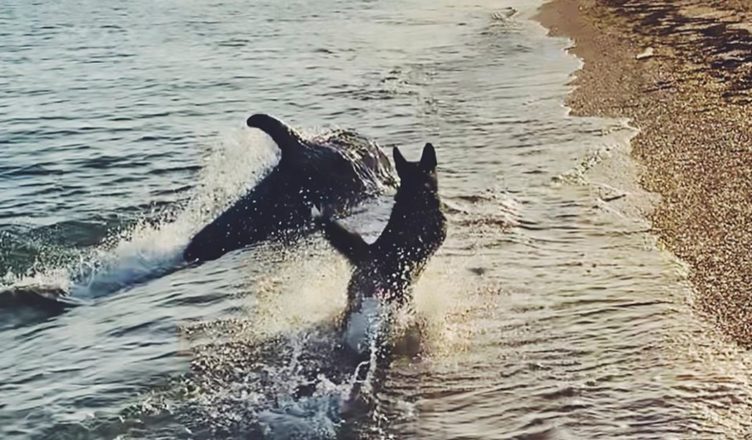 A dog and a dolphin played together at the beach. These different types of animals love each other. Even it seems unlikely but the dogs and dolphins are seen to play together many times.

Anastasia Vinnikova took her dog for a walk. The dog was named Patrick. The two were just having fun at the sunset. They were on the coast of Crimea’s Black sea. 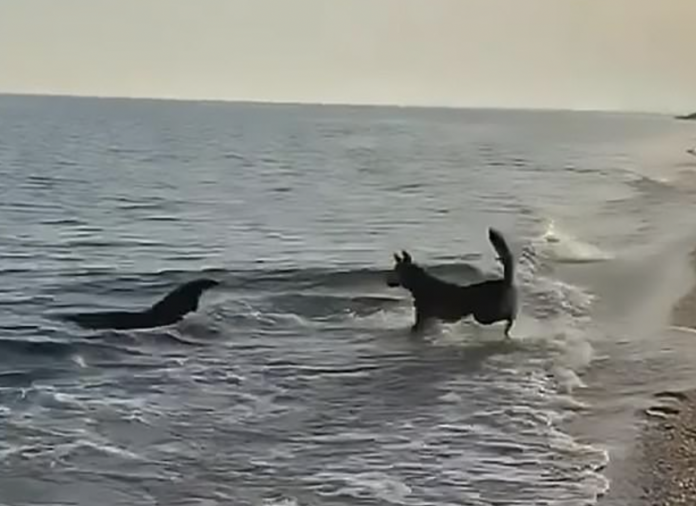 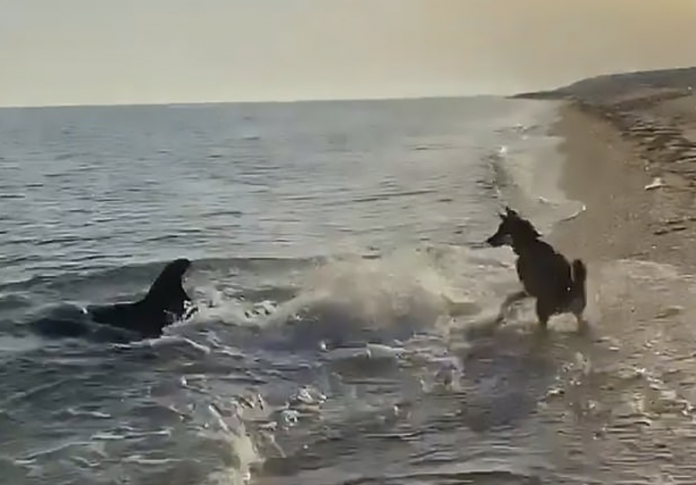 The scene was shot by the woman. The woman even said that she herself did not touch the dolphin but the dog has touched.