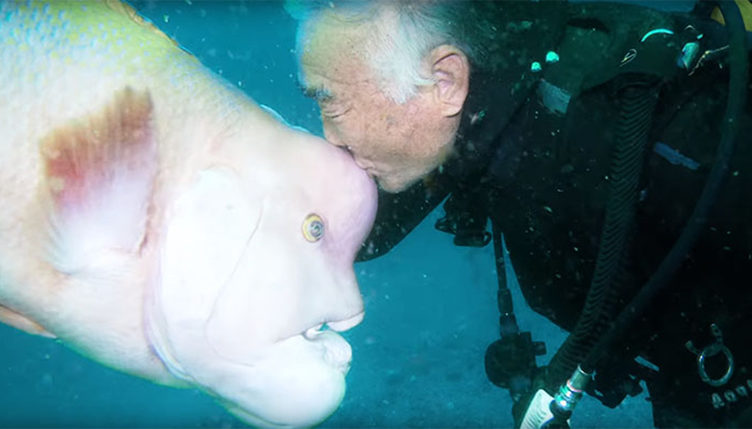 For 25 years a Japanese diver has been friends with a particular fish – and this is for real and not a fairytale. Hiroyuki Arakawa has been charged to oversee one of the religion’s shrines of Shinto called tori hich which is located under the surface of Japan’s Tateyama Bay.

Over the decades, he got to know the marine creature living around the shrine, and essentially, became friendly with an Asian sheepshead wrasse named Yoriko. 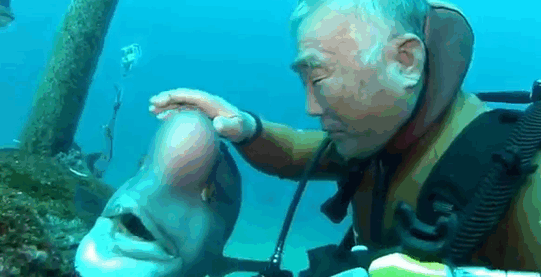 The relationship between them was captured in a viral video where we see Arakawa’s way of greeting the fish with a kiss.

Recently the scientific study has shown that fish can recognize a human face which is a big deal. “Two images of human faces were presented to fish by scientists and the fish were trained to choose one by spitting their jet at the picture,” Dr. Cait Newport from the University of Oxford told CNN. 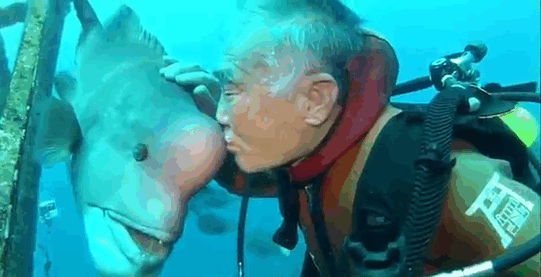 “The researcher choose to make things little difficult. They made the picture black and white and the head shapes were evened out. You would be of the thought that would throw the fish for a loop.

But no. they were able to pick the face they were familiar with and with more accuracy: 86%!” This is Japanese diver Hiroyuki Arakawa and his buddy of 25 years, a local fish named Yoriko.

Every time they meet, the man greets the fishie with a kiss.Their first encounter was when Arakawa got entrusted to look after an underwater Shinto shrine.Over the decades, their friendship only grew stronger, and this is something all of us can learn.

Watch the video below: