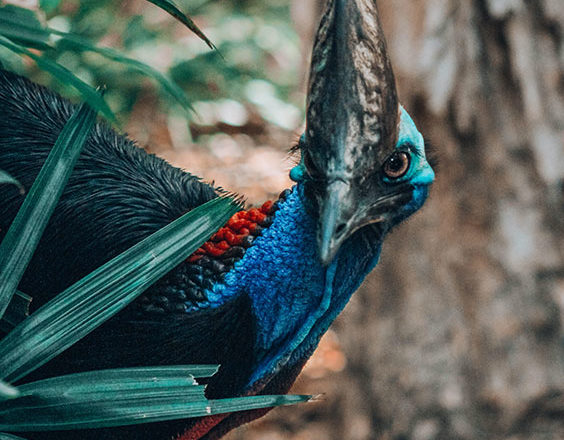 The cassowary is usually considered to be the world’s most dangerous bird, at least where humans are concerned, although ostriches and emus can also be dangerous. 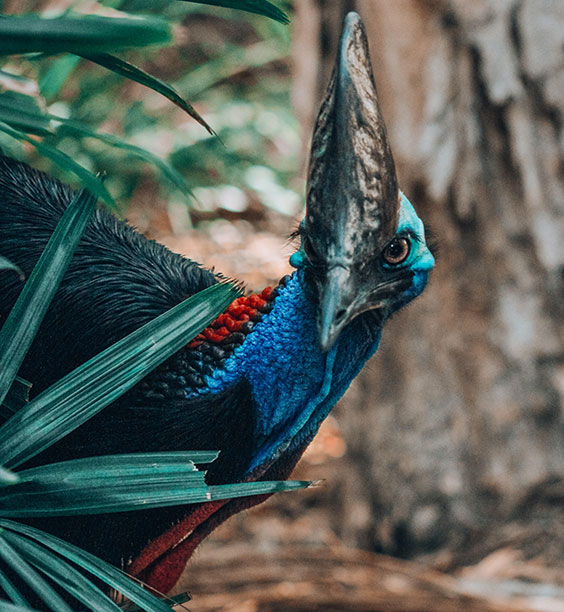 Cassowaries are shy and they are usually hard to spot, at least in their natural rain forest habitats. They are not overly aggressive, and attacks are rare. But they can do a lot of damage if they are provoked or angered. Cassowary attacks have occasionally been deadly, including a recent one which occurred in 2019, at a private collection of caged birds in Florida. 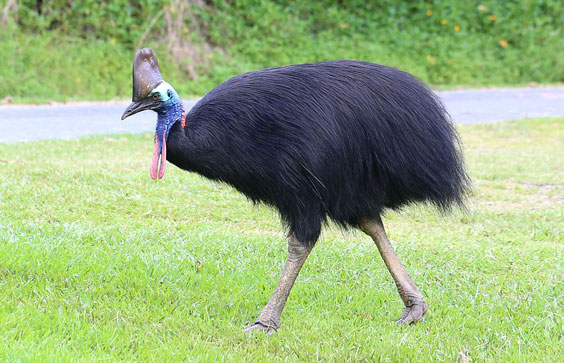 Casuarius casuarius. The southern, or double-wattled cassowary, with a bright blue head, two red wattles, and black feathers, is the largest of the cassowaries.

Their habitat is the lowland rainforest, and occasionally they are found in eucalyptus forests or forested swamps. 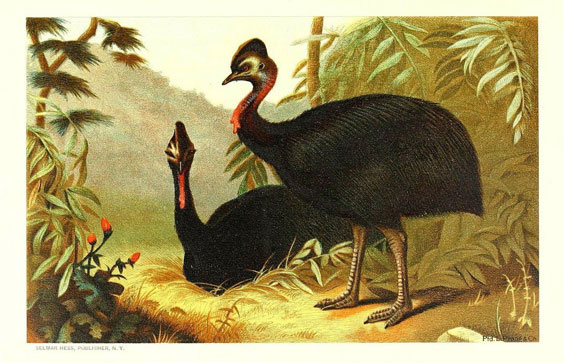 The dwarf cassowary is smaller than the other two species of cassowary, usually weighing around 50 pounds. Their habitat is at a higher altitude, and they are generally found in more steep mountainous terrain. 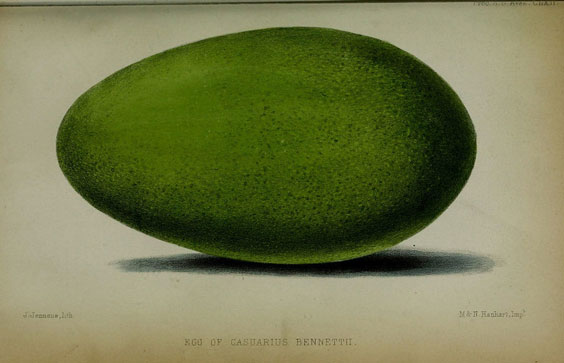 It’s not hard to imagine that cassowaries are descended from dinosaur ancestors. The largest cassowaries can stand as high as six feet and weigh up to 160 pounds. These large birds cannot fly, but their extremely powerful legs propel them at great speeds.

They are strong swimmers and can move quickly on both land and water. Cassowaries have been clocked running as fast as 31 miles per hour through the rain forest.

Their powerful legs also help them jump high, up to 7 feet straight into the air. Their legs are also used for delivering strong kicks, and they can use their sharp dagger-like claws, up to 4 inches long, to slice and puncture any animal that is a threat, including humans.

The favorite food of cassowaries is fallen fruit of the rain forest, and their claws come in handy for scraping up the fruit from the forest floor. But they will eat other foods too, including insects, snails, fungi and sometimes dead animals. They can also catch fish by sitting in a stream and spreading their feathers to form a sort of net.

Female cassowaries lay their eggs in a nest on the forest floor. There are usually about three eggs in the nest, and the male sits on them for about 50 days until they hatch. A cassowary egg can weigh about the same as 10 average chicken eggs!

Cassowaries are culturally important for some Aboriginal groups, and they sometimes feature in traditional ceremonies, dances and Dreamtime narratives. Several of these indigenous groups are now involved in cassowary conservation, using traditional ecological knowledge along with modern science.