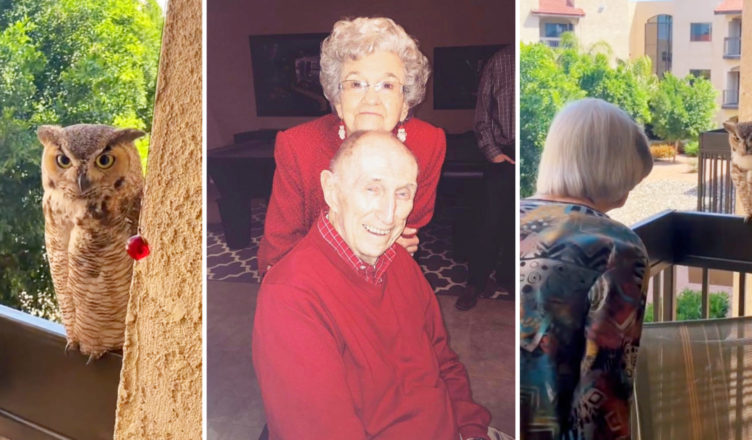 A grandmother who receives frequent visits from a talkative horned owl thinks the owl is a sign from her late husband. 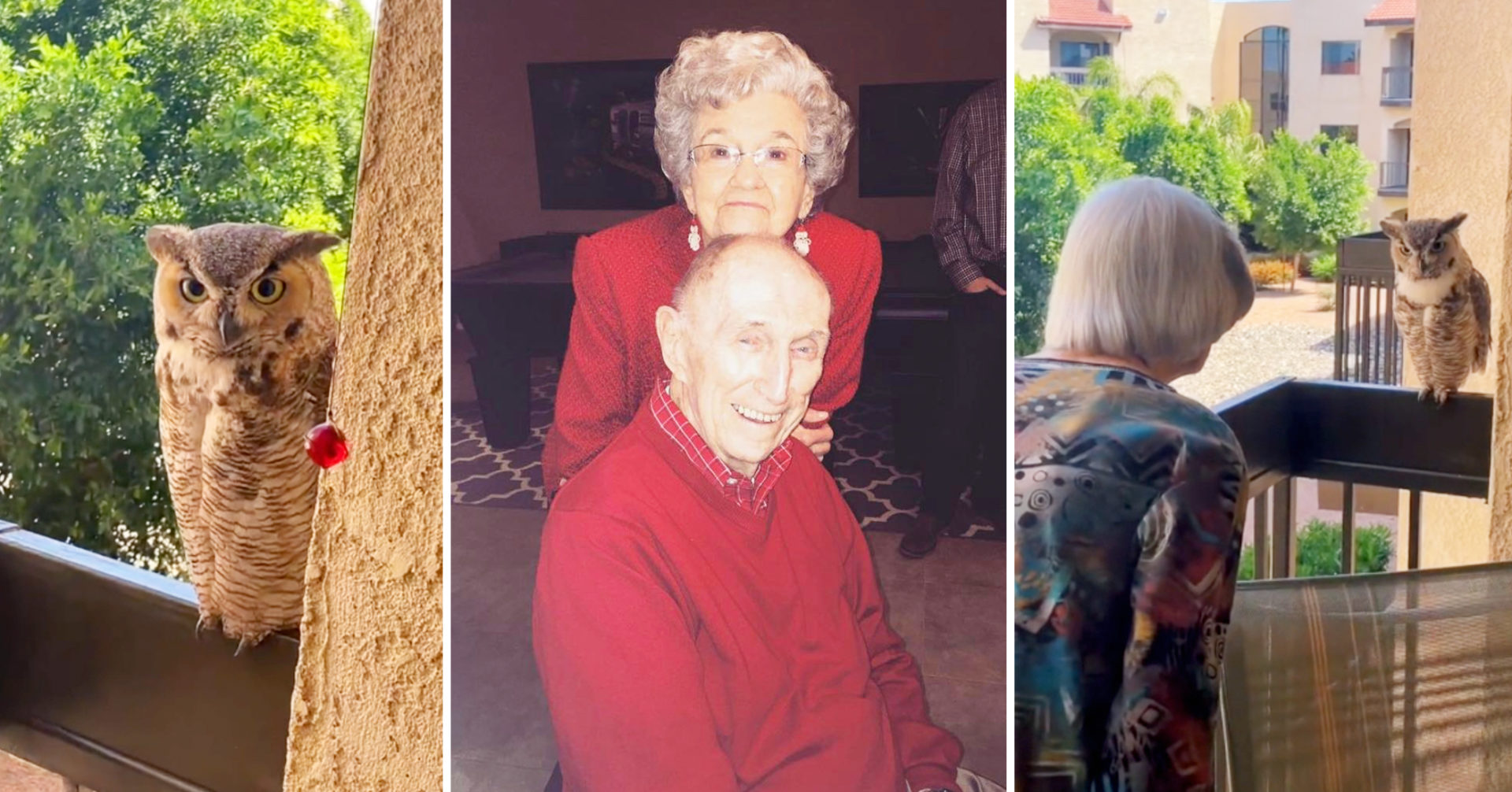 The 98-year-old Ranna says that the owl stops by almost every day and sits on the balcony of her home in Phoenix, Arizona. Not only does the owl visit her he hoots whenever he sees her.

Her granddaughter, Shai, stopped by recently and filmed one of their sweet exchanges.

Ranna approaches the owl, who isn’t scared of the old woman’s presence and starts to hoot.

Ranna points out to her daughter that the owl has beautiful eyes.

Watch the unusual moment in the video below:

Shai says that the owl only speaks with her grandma and began visiting her several months ago.

Such an amazing thing! Ranna and her owl remind us of the family who thought a cardinal bird’s visit was a message from their grandmother.