Ropes dangled outside the tall windows of an apartment, and a baby curiously looked at what was going on. He was joined by a black cat, and his mother was recording every moment. 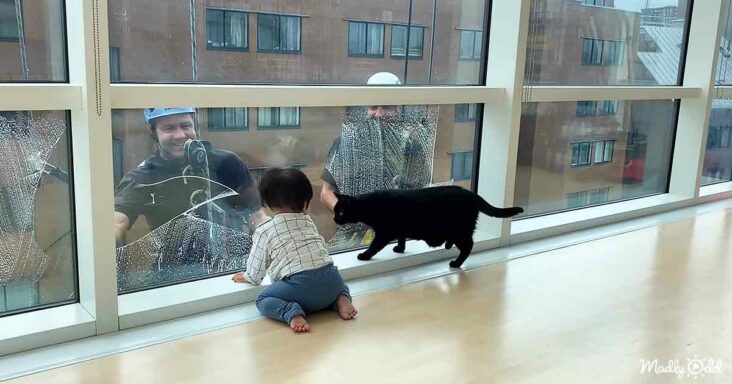 They were several stories high, and strange white particles were falling from above. Both the baby and the cat titled their heads up to see what was going on.

Suddenly a pair of legs slowly descended from the other side of the glass. They were window cleaners with the difficult task of working on the building from top to bottom. 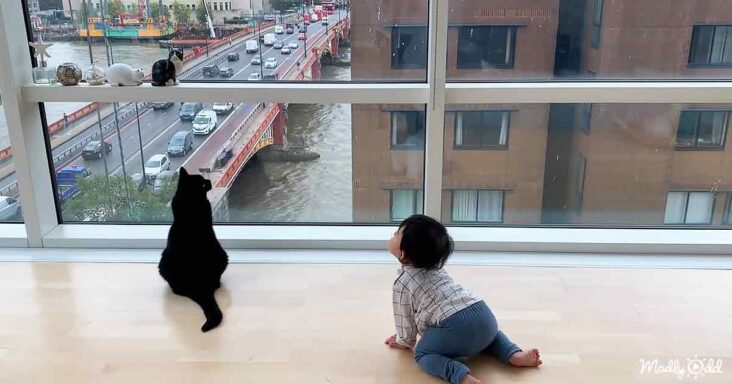 After seeing the cleaners, the baby looked at his mom with a confused expression. The cat was slowly curling his tail back and forth as he watched the cleaners dangle outside.

While the two men wiped the windows, they were being watched closely by the baby and the cat. The baby was smiling, and the cleaners were endeared by him. 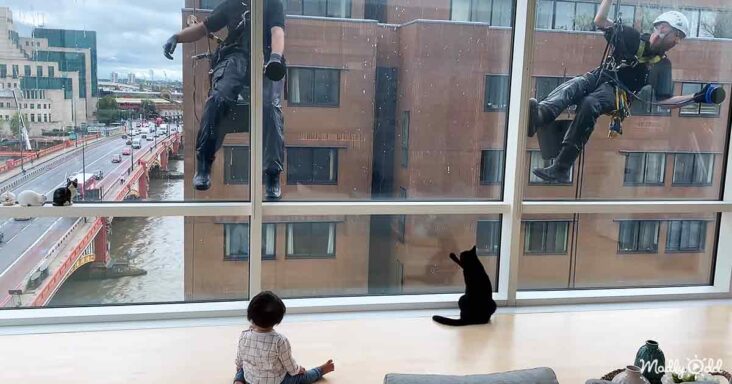 Both cleaners played with the baby and the cat by showing goofy faces. They made the baby and his mother laugh. Meanwhile, the cat tried to catch the wipers they were using.

Eventually, the cleaners were done with their windows. They waved goodbye, and the baby giggled as they disappeared out of view. He then turned to his mother with the biggest smile.