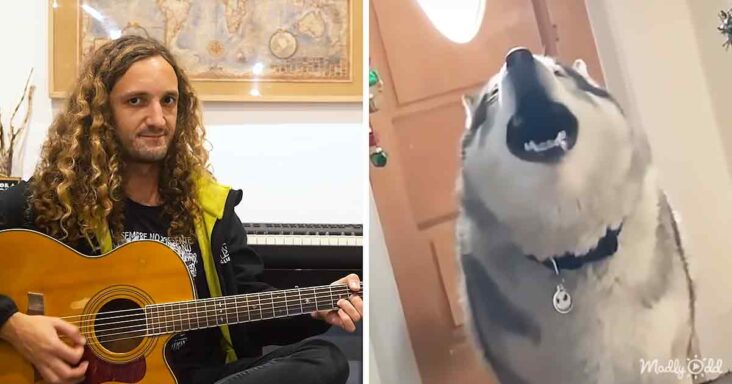 When a talented guitarist sat down with his little ones, he planned to show them a few cute animal videos. He did not know that this would lead to him creating a hit version of one of the most well-known theme songs.

The first video he showed his two daughters was of a duck who would drum when his parent picked him up. He was impressed, but as soon as he heard a Husky howl a trio of familiar notes, he had an idea.

The theme song of The Good, the Bad & the Ugly is a song that transcends its film. The quick trill of the melody has become synonymous with the concept of a Western. 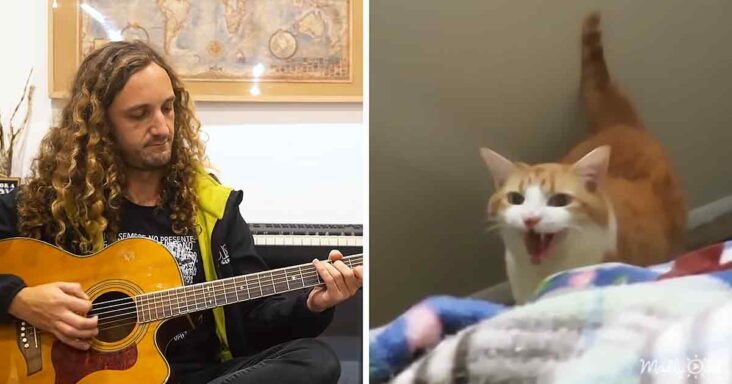 Since it debuted in the 1966 film, the theme has been recreated in several different formats. But none of them were as hilarious and adorable as the version this guitarist created.

His version of The Good, the Bad & the Ugly theme began with the light tapping of the drumming duck. On the other side of the screen, the guitarist started to strum the classic guitar accompaniment. 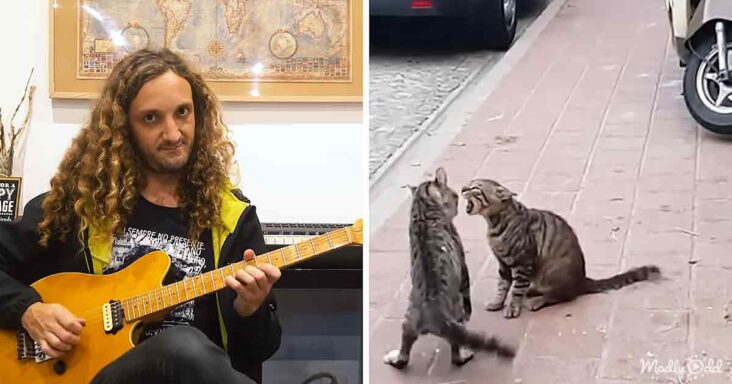 But the duck was not the only performer to join for the cover. The Husky took up the classic trill, and a ginger cat followed with the rest of the vocals.

How this guitarist kept a straight face throughout this performance, we will never know. One thing is certain. Whether you are a fan of western films, a guitarist or an animal lover, you will adore this hilarious cover.

If you liked this, share it with a friend.