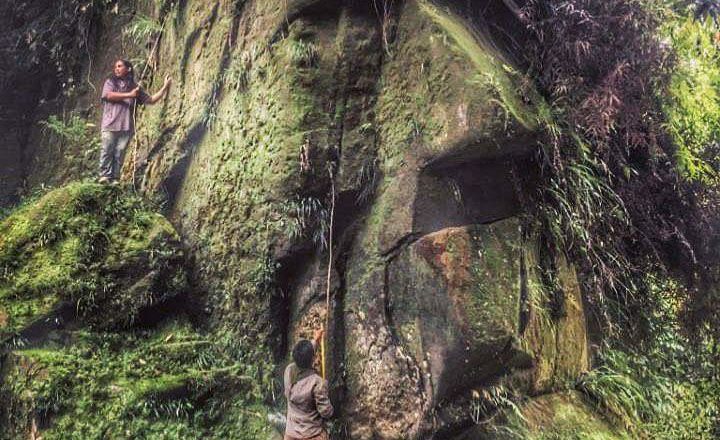 The mysterious ‘Face of Harakbut’ was recently rediscovered in the Amazon rainforest. Now, it has been declared as part of Peru’s national cultural heritage. 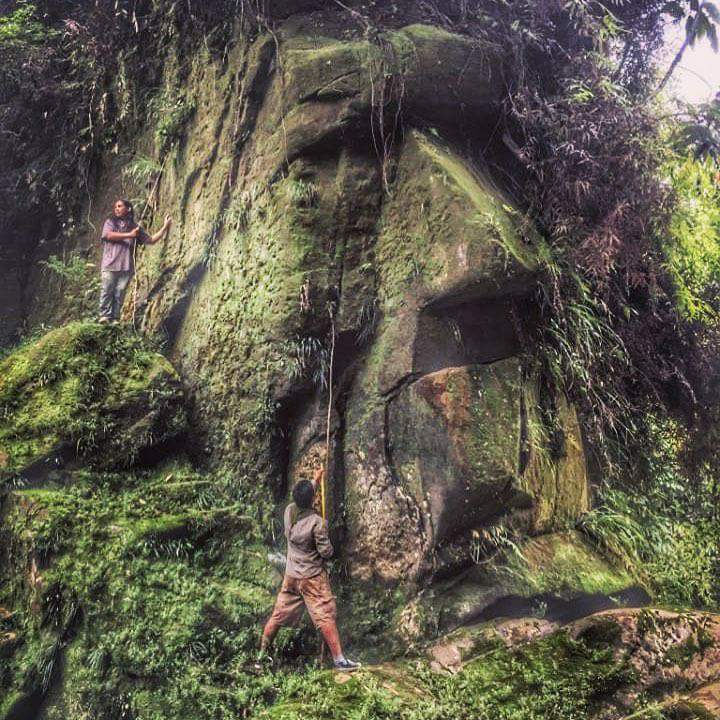 What you see on the photo above is what some Harakbut indigenous people call the ‘Rostro Harakbut’ – the ‘Harakbut Face.’ It is located in the Harakbut reserve, in a super-remote part of the south-east Peruvian Amazon. Its discovery in 2014 has aroused widespread curiosity, but it still has not been studied in depth. So, it’s still full of puzzles, the most important question being: Is it a man-made monument or a natural phenomenon?

The Harakbut believe the Rostro has always existed, as they have always heard stories about it from their elders. It has been in their oral history for generations and generations. According to them, the Rostro is like a God for the Harakbut people. They also believe there are another two Rostros. The problem is they don’t know how to get to them. They did find the first one though. 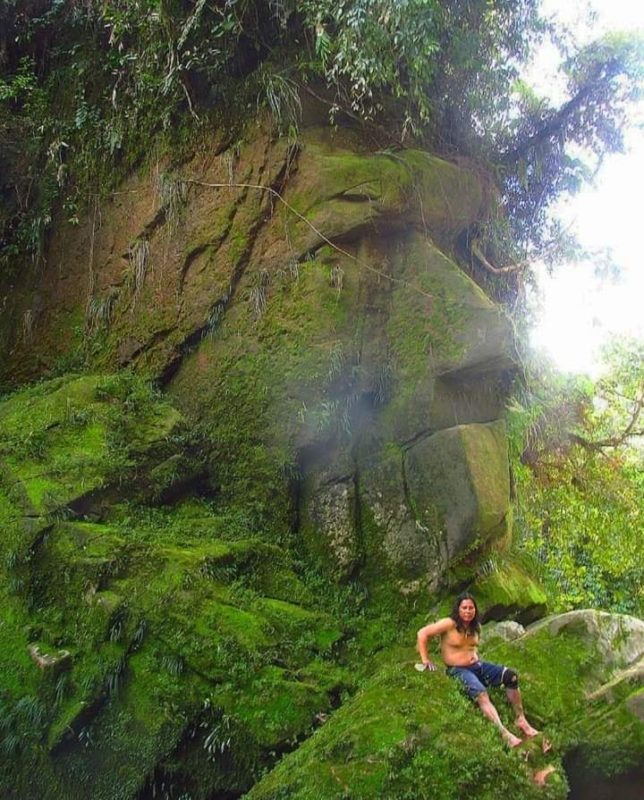 In October last year a group of nine Harakbut men, accompanied by UK filmmaker Paul Redman, visited the ‘Rostro.’ The film resulting from that expedition, ‘The Reunion’, was screened for the first time in Lima last November and focuses on two Harakbut leaders, Luis Tayori and Jaime Korisepa.

The film, which you can watch below, includes Tayori saying ‘Four years ago working with the Sapiteri [a Harakbut clan] we heard about, from the elders, the Rostro. [It] means a lot to us’, and Korisepa saying ‘The Rostro has always existed. The problem was we didn’t know how to get to it.’ After they finally come face-to-face with it, Tayori says, “This is a reunion with our ancestors. I think this could strengthen our people. . . It was very emotional seeing the Rostro.’ 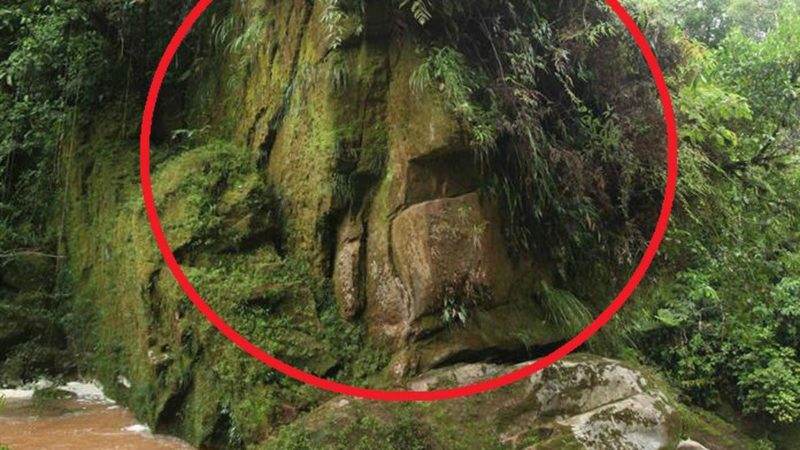 There are no other rocks remotely similar in shape in that river valley… [It] is perched perfectly overlooking a valley, and presides over a waterfall and a basin that resembles an amphitheater… There are markings all over [it] that indicate it was hacked out with rudimentary tools… There are actually two Rostros – a Rostro within a Rostro – look below the nose…

The boulders along the river are arranged in a way to channel the flow away from hitting the [Rostro’s] face directly, and in a way that would make it impossible for the face formation to have been caused by impact from even the heaviest of storms… The Harakbut don’t have a written history, but claim the Rostro has been in their oral history for generations and generations. 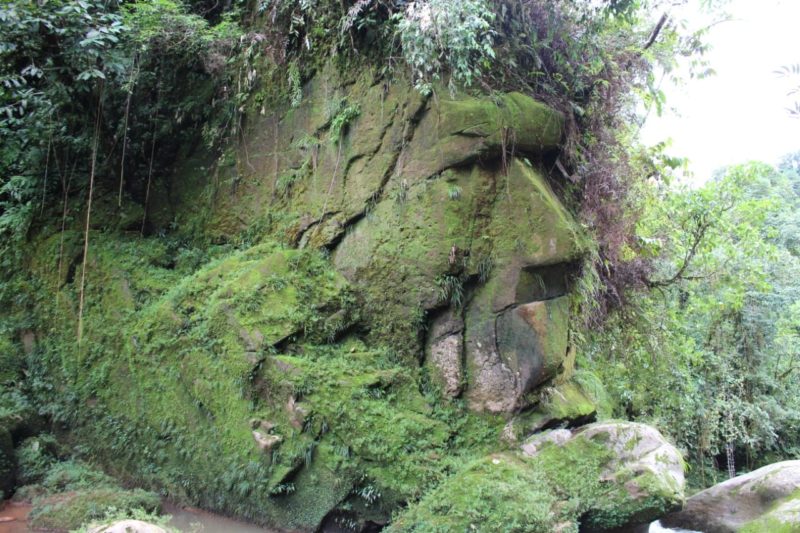 Still, as noted above, according to information from the elders there are another two ‘Rostros’. That information is confirmed by Manuel Roque Prada who says that in 2009 he took the photo in the photo below while working for South American Exploration, which was contracted by Hunt Oil to do seismic explorations.

Just recently, Peru’s Ministry of Culture has recognized the site as the “Cultural Heritage of the Nation”, meaning it will be protected from now on. Apparently, however, this means ‘opening the doors to more people so that they can learn about the cultural richness that houses the aforementioned natural protected area of ​​Madre de Dios.’

We are not sure whether more people will mean anything good for the sacred site, but let’s hope it will all work out well.