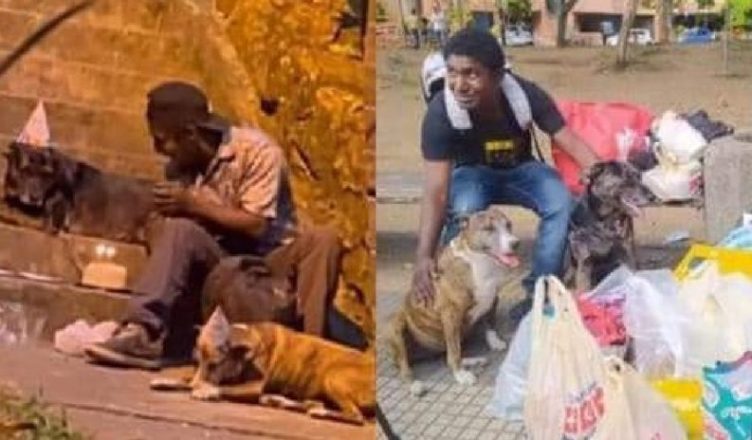 This story is about the true love and happiness towards animals. It shows that a man can do many things without having any possissions. 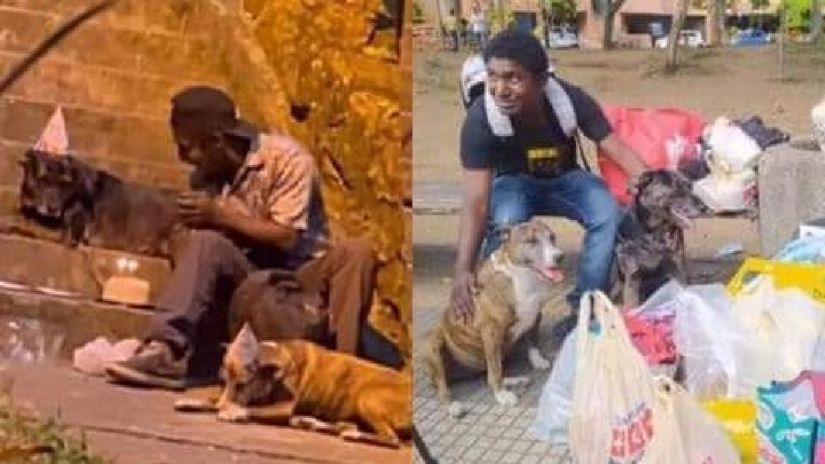 This homeless man celebrates the birthday of one of his dog by just bringing a cake, wearing birthday hats, candles.

The homeless man was named Choco. He is from Columbia. He has two dogs. It was the birthday of one of the dogs. The dog was named Shaggy. He turned two years old. 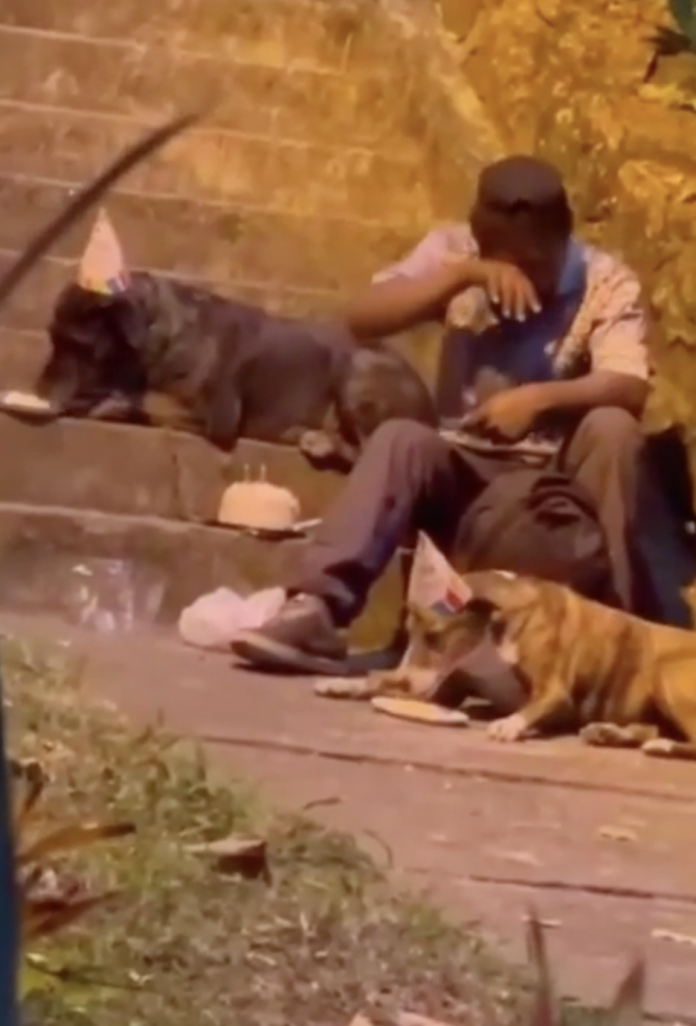 The homeless man was sitting on the stairs with his two furry friends. The two dogs had a birthday cake in front of them.

They had party hats on their heads. The man cut the cake. He kissed and hugged the dog. The scene was so heart-melting. 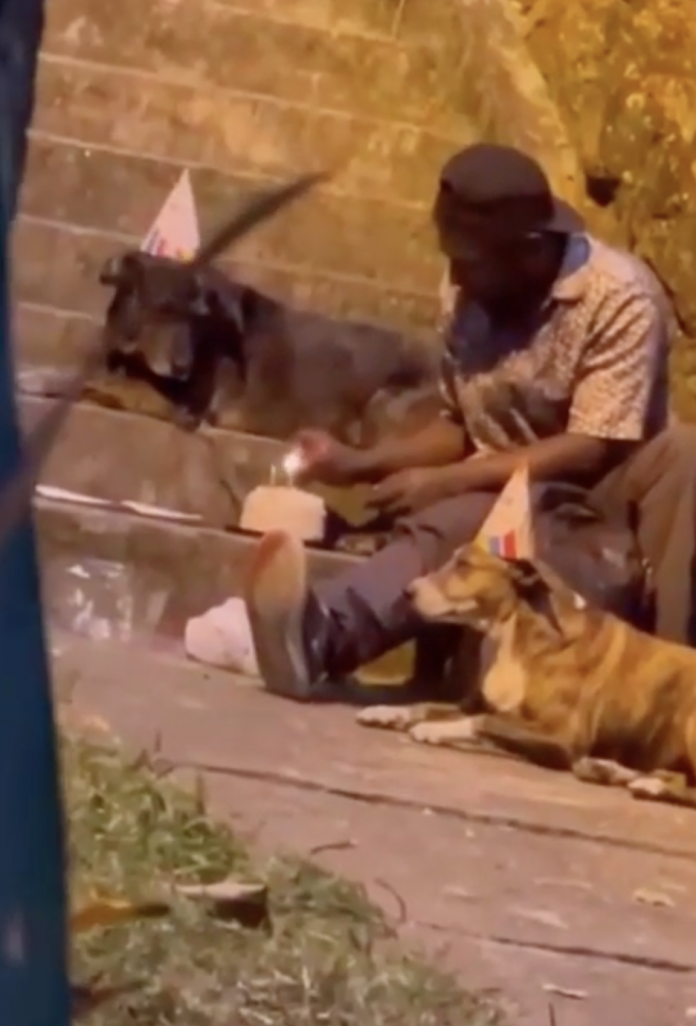 This scene is about simple and sincere emotions between a man and his dogs. This is an example that humanity still exists.