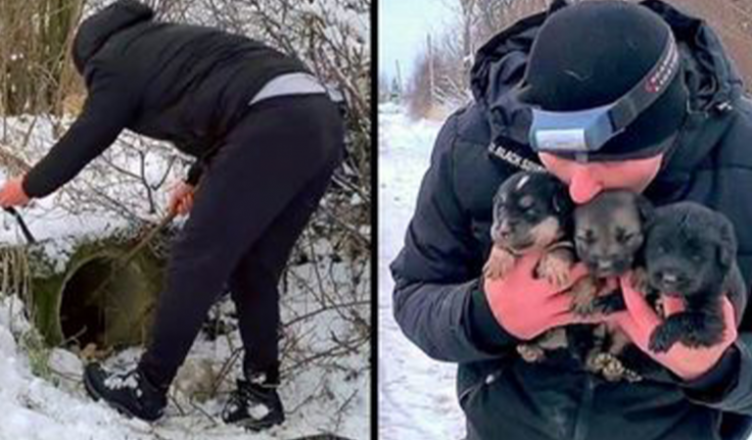 A man saved puppies from snowstorm. The puppies were on the edge of death. It was freezing cold in the streets of Serbia. 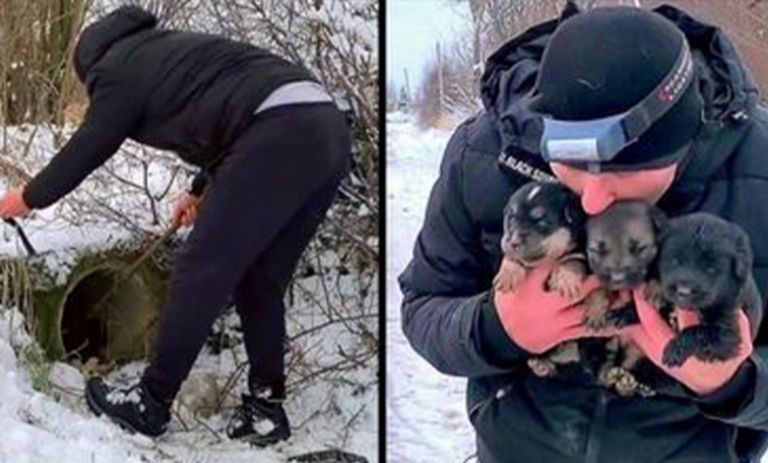 The mother dog ran after cars begging for help. Milan a member of a rescue team did everything to help the puppies. The puppies refused to go out the pipe. 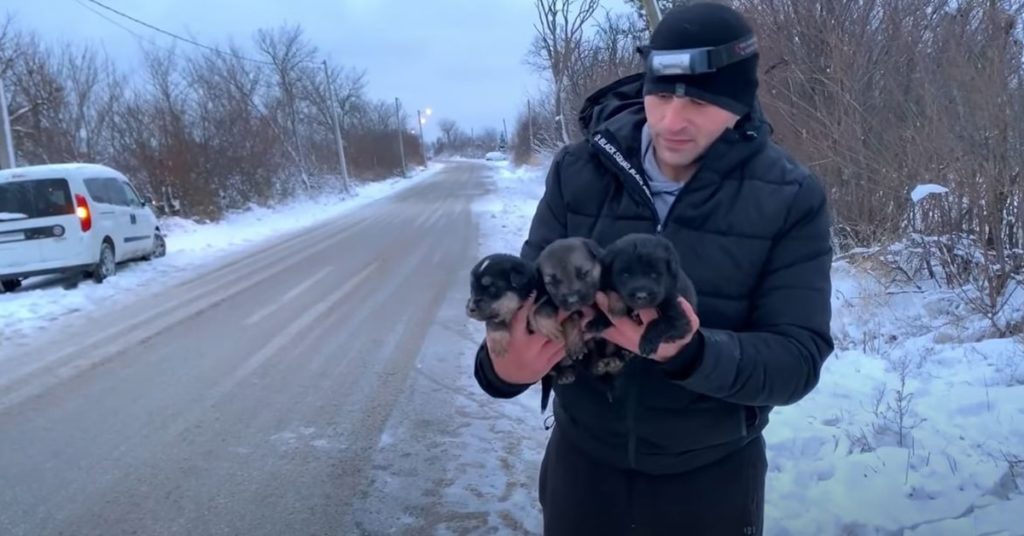 After many efforts the puppies were taken by this kind man. The puppies are safe and sound now.

The man struggled up to the end and never lost his hope to make the puppies come with him and reunited the puppies with their mom again.