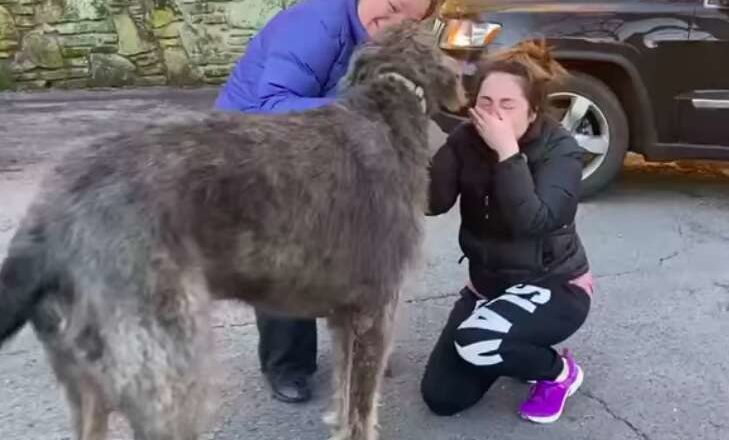 A woman lost his four-legged furry friend because of a bad accident. Another car crashed her car. Luckily, nobody was hurt but after some time they realized that their dog was missing. 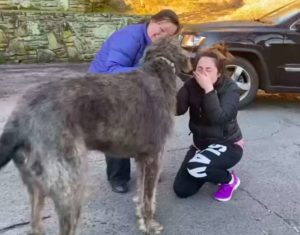 The dog was an Irish wolfhound and weighed 200 pounds.

The dog was named Fergus. Those who were in the car started to look for the dog, but useless. 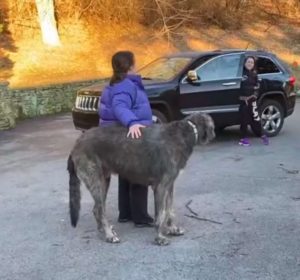 The dog was scared that is why he ran away suddenly.

All the community, neighbours and friends helped to find the missing dog. 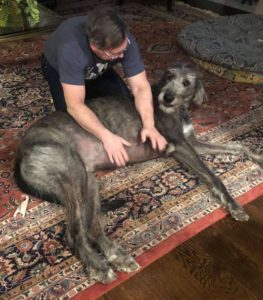 The owner of the dog whose name is Meridith never her hope to find the dog. After four days the dog was found.

Their reunion was so heartwarming. The scene touched evrybody’s heart. The giant dog and his owner finally met each other after some days. Now they live happily together. The dog was taken to a vet as he had some scrtaches on his body. Luckily, he is safe and sound now.