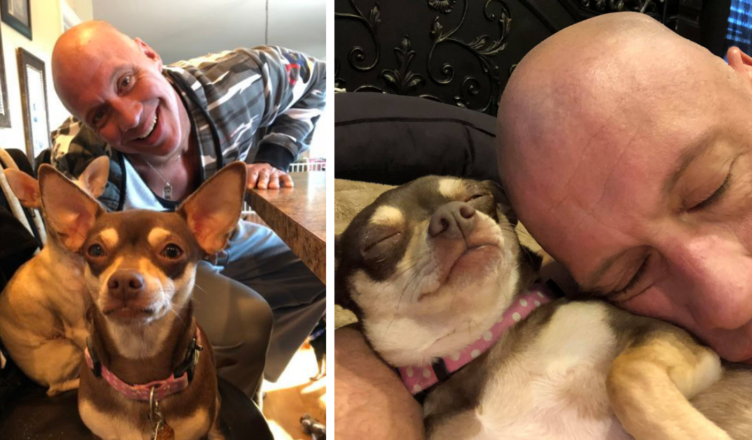 A man who got divorced after 17 years of marriage was heartbroken and fell into a stess. His name is Bobby. One of his friends was always by his side whose name is Connie. 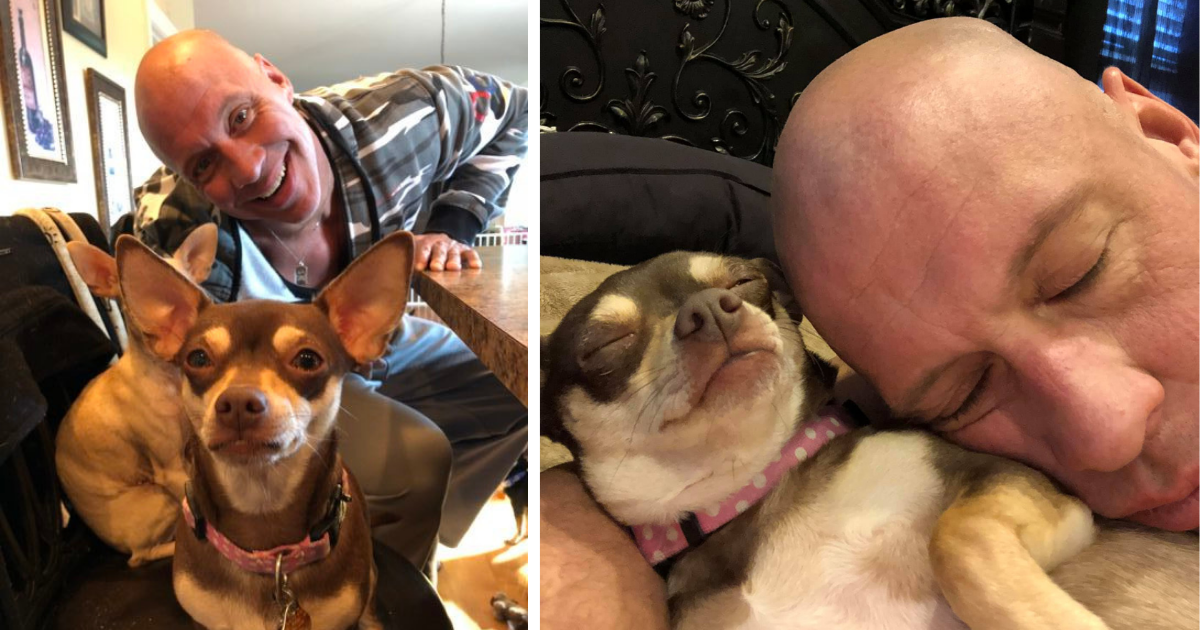 Connie helped him to overcome this stressful time. Connie was going to move to another place and he had a dog whom he could not take with him for some time.

He suggested giving his dog Chihuahua to Bobby. The dog just hated men and the man hesitated if he could look after the dog. As Connie did a lot for him Bobby could not refuse and took the dog. 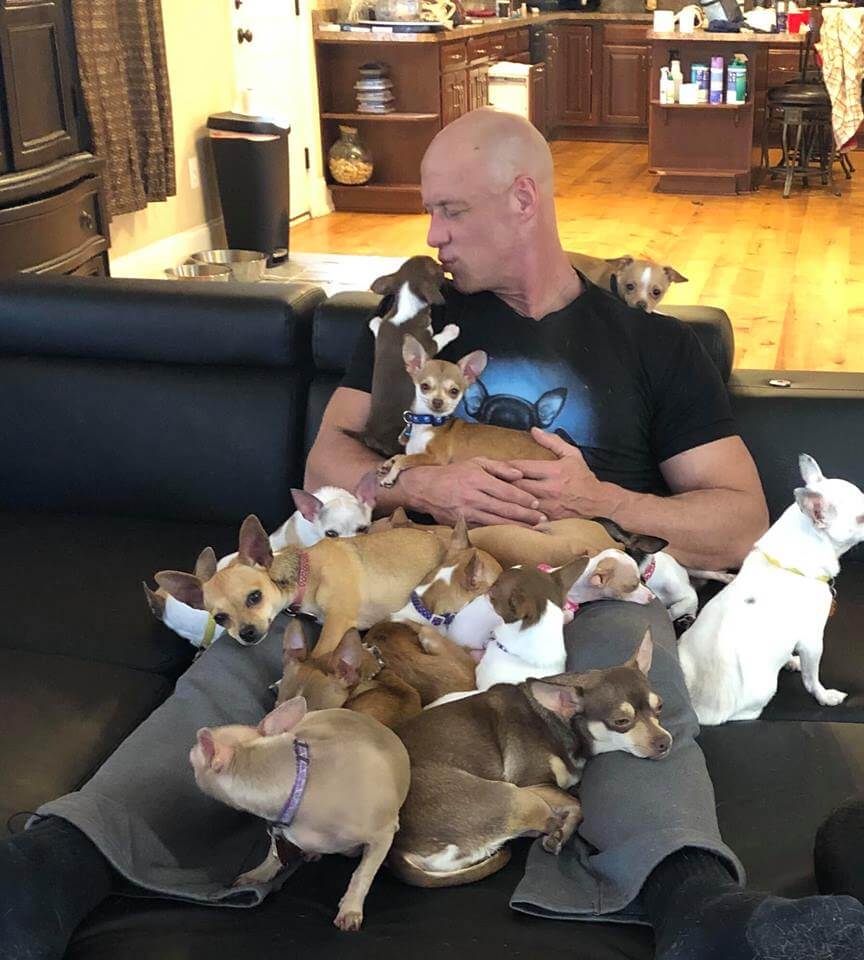 It turned out that the dog got along with the man very well. She liked to sit on Booby’s lap. The dog and the man became inseperable. The dog even helped him to overcome the heartbroken period of his life.

This dog enlightened his days. The time to return the dog to Connie came. The man gave the dog to his owner and decided to have his own dog as they have good ingluence on him. 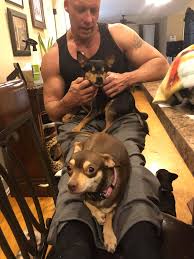 He had four dogs and expanded the number of the dog. He took the dog in need of help. He has his own sanctuary now. There are 35 dogs about whom he looks after and wants to get more and more dogs.

He saves as many Chihuahuas as he can. He rescues these abused, starving dogs living in a terrible state. The man just wants to rescue as many dogs as he can.