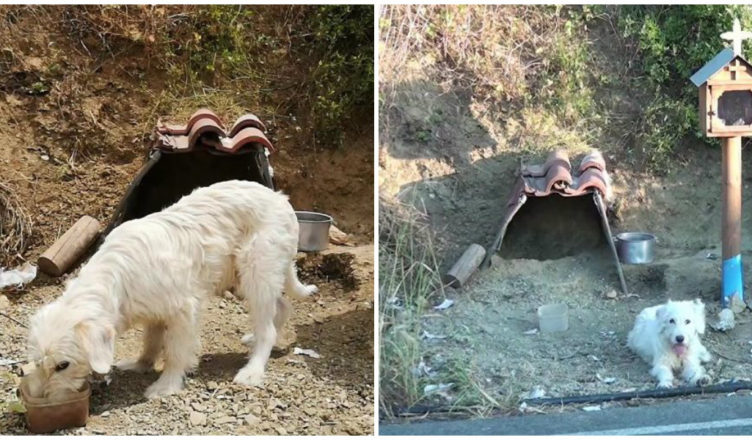 A white dog waits for his owner in one side of the road in a tiny town situated in Greece. He does not leave the place. He still waits patiently for his owner. 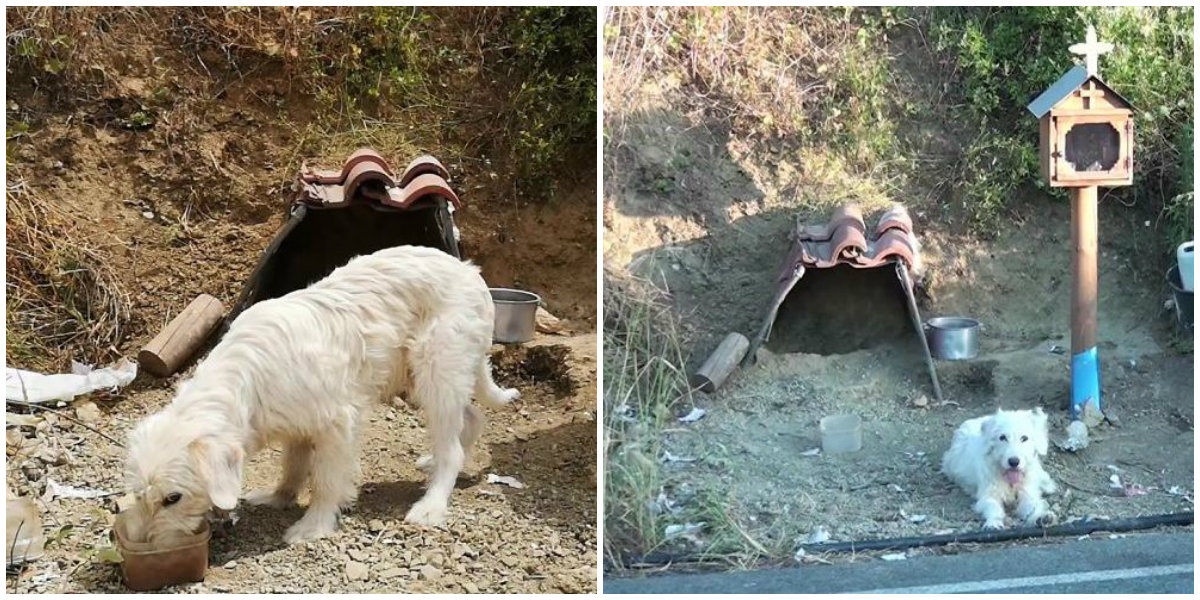 Unluckily, his owner won’t return as he died from a car accident. His brother also died here a few years ago.

A shrine was built here by the community. The dog does not stop believing that his owner will come back. He waits for already one and a half year. 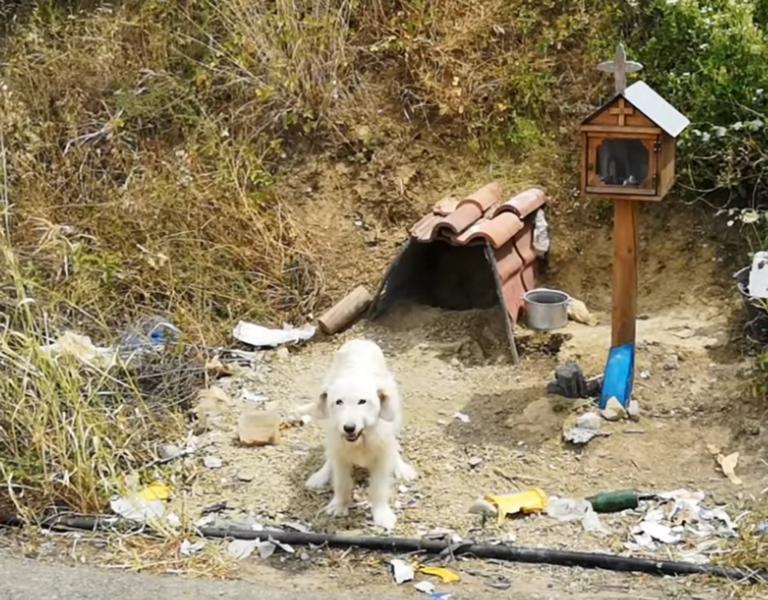 The communtiy gave him home, food and a blanket. The dog refuses to go with anybody. Wherever he goes he returns to his owner’s monument.

The people living nearby named the dog Hachiko of Nefpaktia. They named him according to the film hero from Japan.
The dog and his owner Ueno were inseperable and always together. 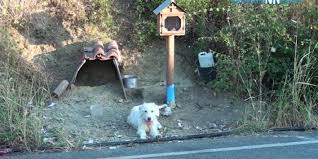 The dog went to the station and waited for his owner to return from work. The dog was taken care of by the community.

Here is the video of the loyal dog: