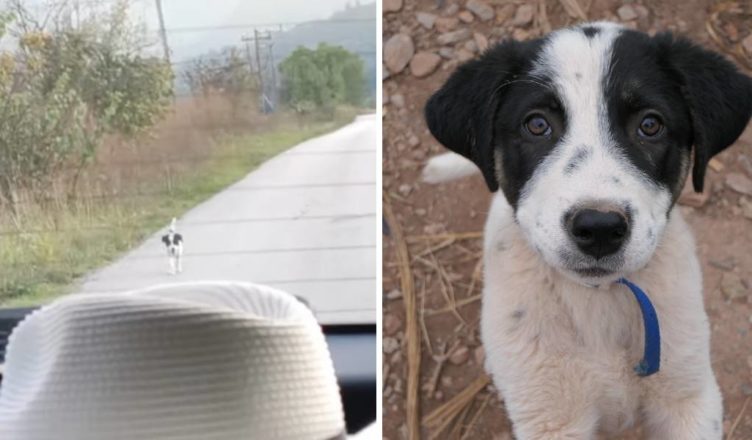 A woman was driving her car in rural Greece when she noticed a  white and black coloured stray dog running after her car. 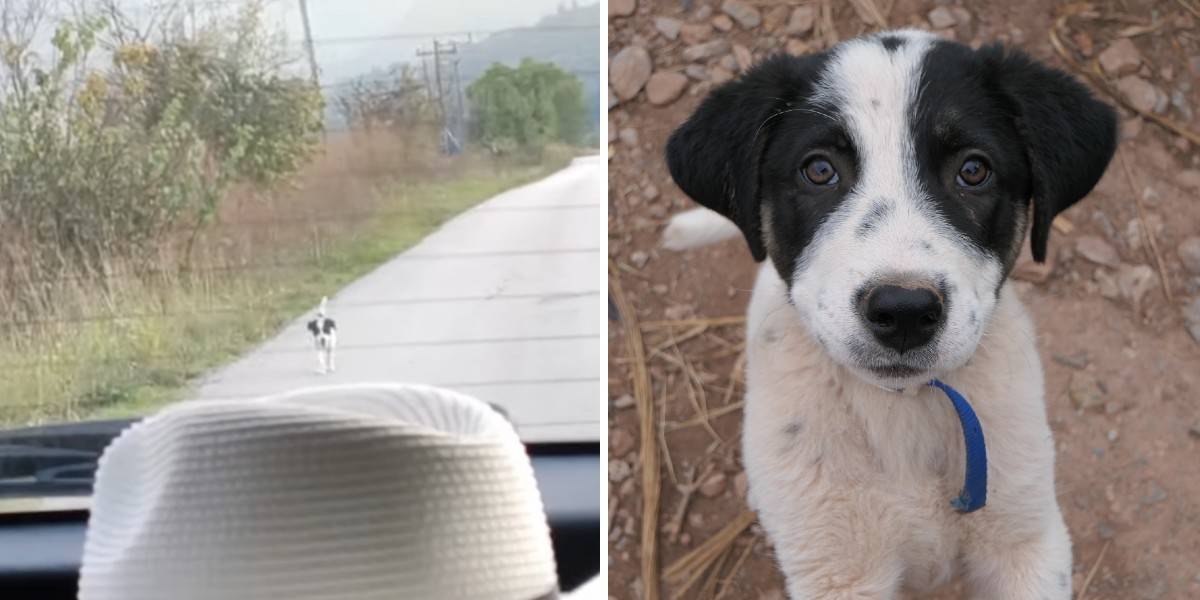 The woman watched the cute puppy from the rearview mirror and understood that the cute puppy just followed her and won’t stop. She decided to stop the car and take the abandoned dog.

There are many abondened dogs in the streets of Grecce as people leave their dogs anywhere they want. As the woman stopped her car the dog hid under the car near the wheel and refused to go under it. 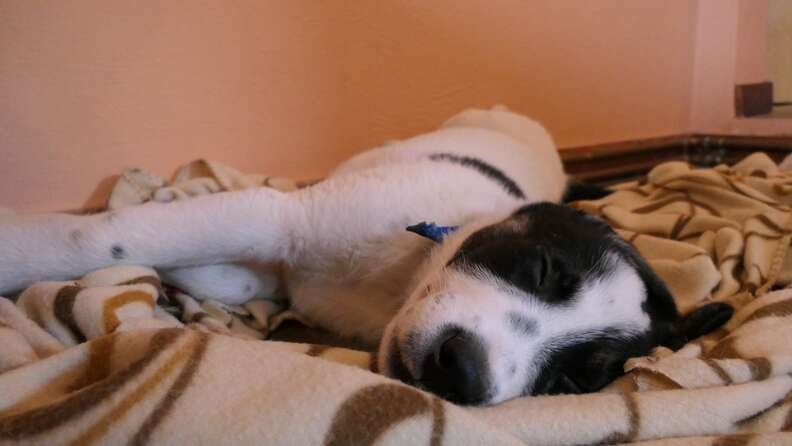 The woman tried to convince him but useless. The dog barked as if he was trying to say something. After 10 minutes of playing hide and seek the dog agreed to seat at the backseat of the car.

The puppy was taken to a vet but it turned out that the dog was healthy though the dog has been starving in the streets. 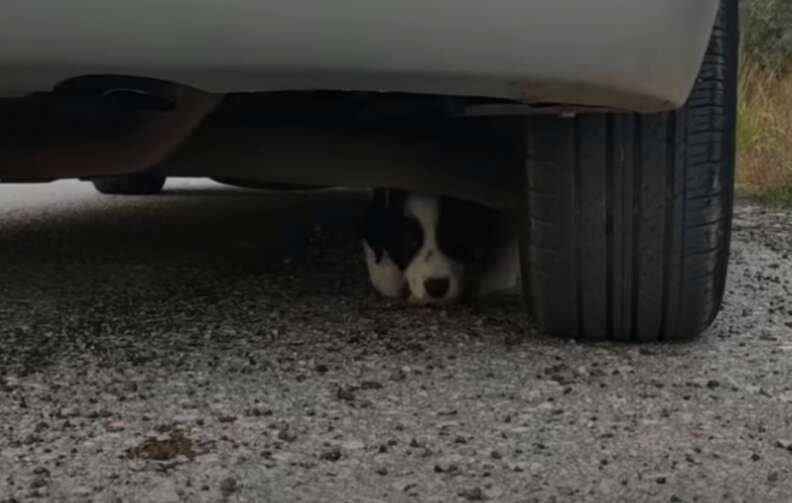 The dog has a foster home now. The dog was named Bandit and he is taken care of and looked after properly. He will soon be put for adoption.

The dog is getting used to his new life. Thanks to this woman he has a second chance to live happily and safe.