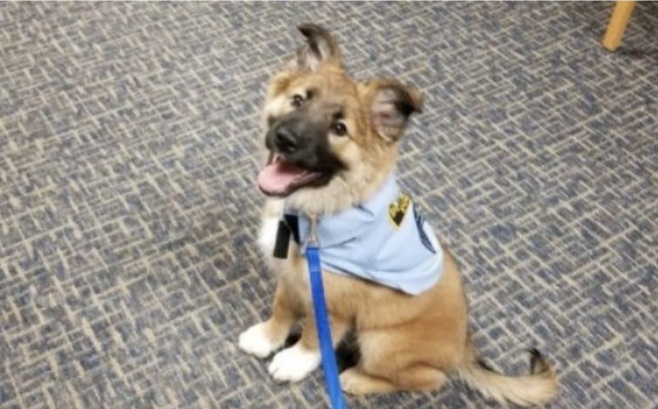 Fuzz was one of the puppies of a stray dog and was brought to the police station from a small farm. The police office got a call from a farmer about these stray dogs near the office.

One of the police officers took one of the puppies. Other puppies were taken to an animal shelter. 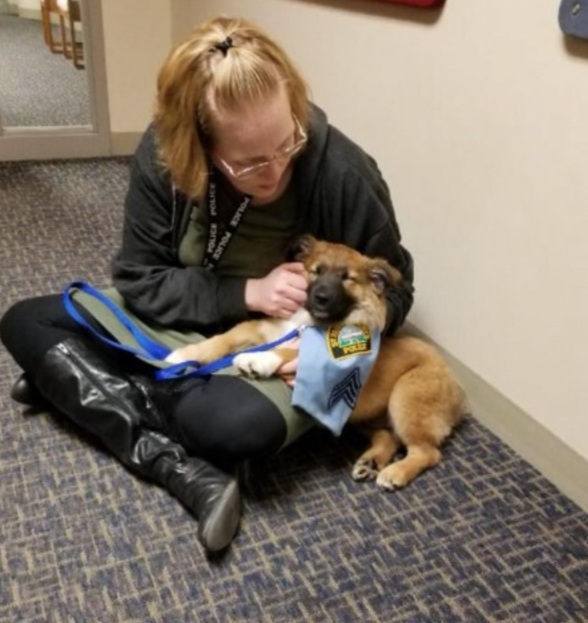 When the puppy was five months old, the officer Kathryn Smith took the puppy to her work. She brought him to the police station.

The boss also brought the dog to the police station. His dog was named Stella. Very soon the police officers fell in love with the cute dog. 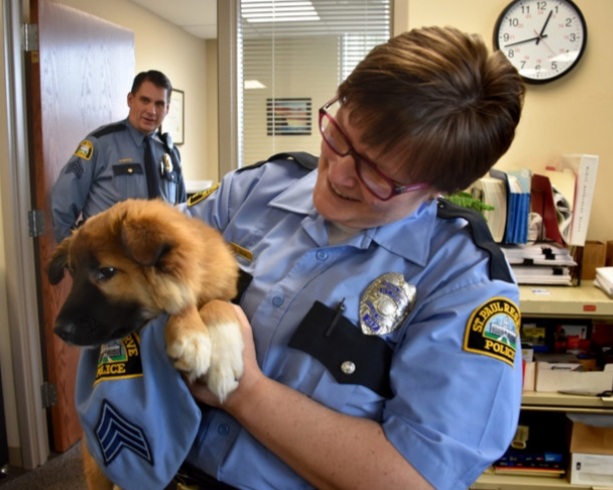 They decided to keep the dog as the dog helps them relax from stressful day. The dog was as a «cuddle officer». The dog is very playful. The dog likes to hug and kiss the employees.

The dog will soon be a therapy dog. The dog likes to communicate with humans. He likes to be stroked and approached. The dog is very affectionate and gentle.