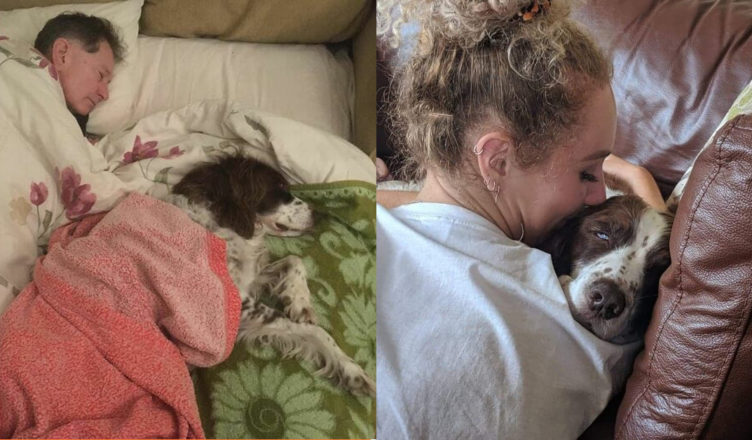 The story is about an adorable dog named Spike. The dog was adopted by Catherine Morris and her family before 9 years. 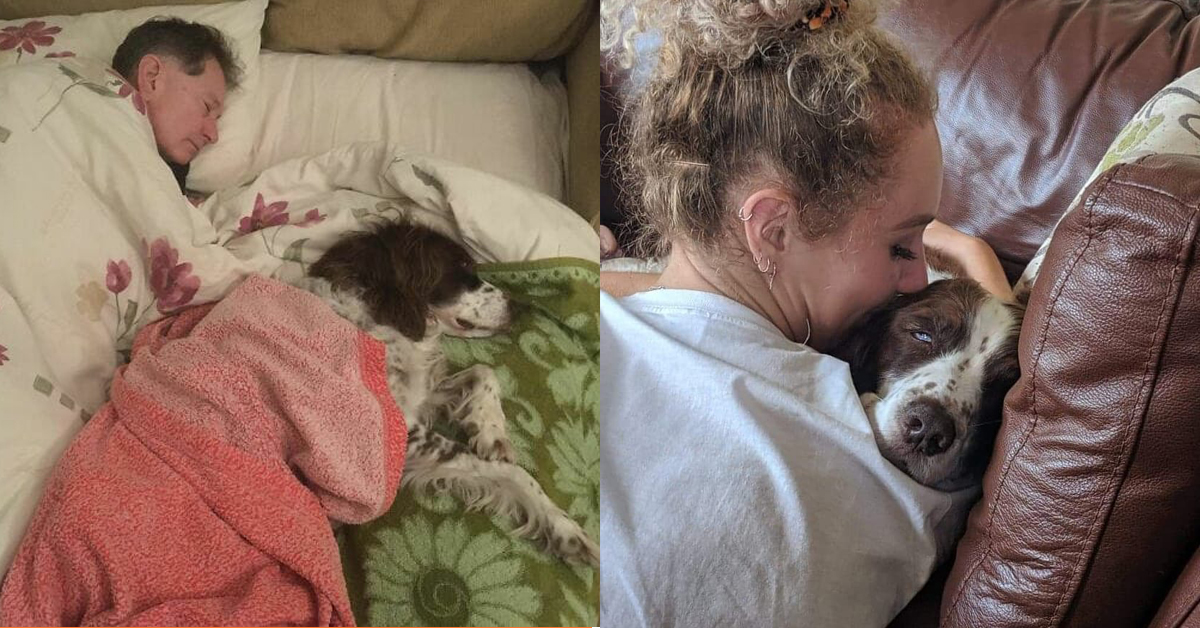 The puppy was nimble and very active, he even made a decision that he wanted to sleep with his family members just a few days after being adopted.

He was very determined as he jumped the gate every night to go to sleep with his humans till the family let him to take a nap with them. 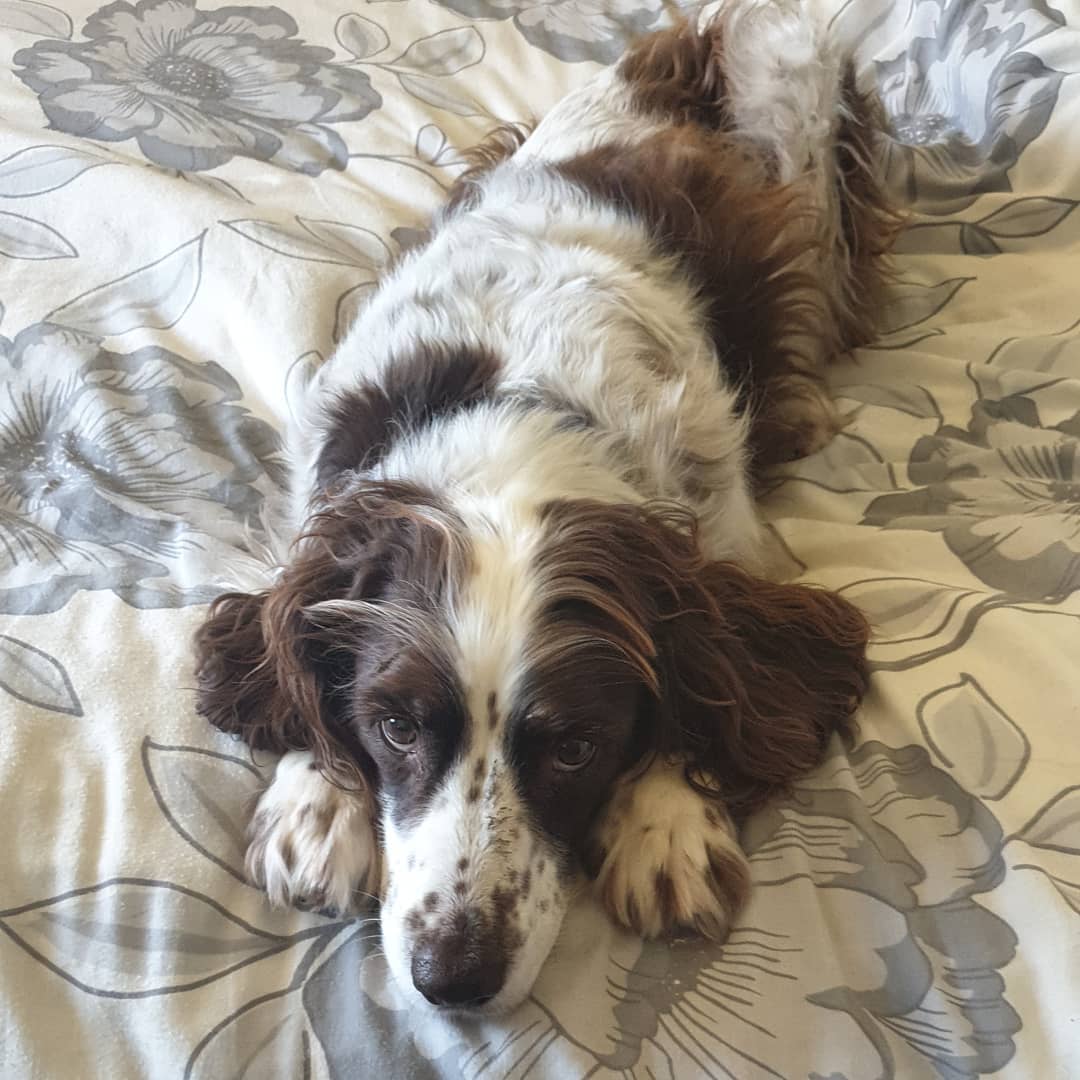 Unluckily, when Spike became fourteen years old, he had 2 strokes, which had an effect on his ability to move.

Gratefully, his lovely family did whatever they could let him gain back some of his strength. 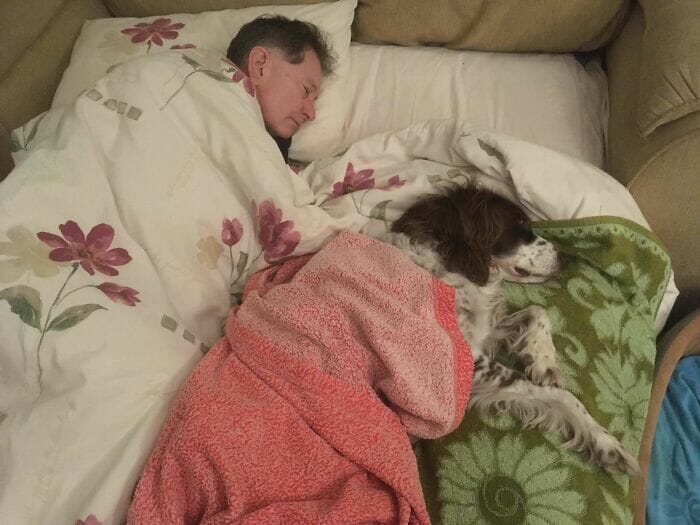 Now the dog can walk by himself can’t climb the stairs by his own. This was a great problem for Spike as he used to sleep with his family upstairs.

So, the family decided not to let him take a nap all alone. Catherine Morris shared on Instagram that each family member sleeps downstairs with Spike by turns.

This does not affect his life as he is now very happy because he still gets cuddled. A footage shared on Instagram showed the cute arrangement.As some days her father by Spike’s side and some days she sleeps by his side. What a great family.