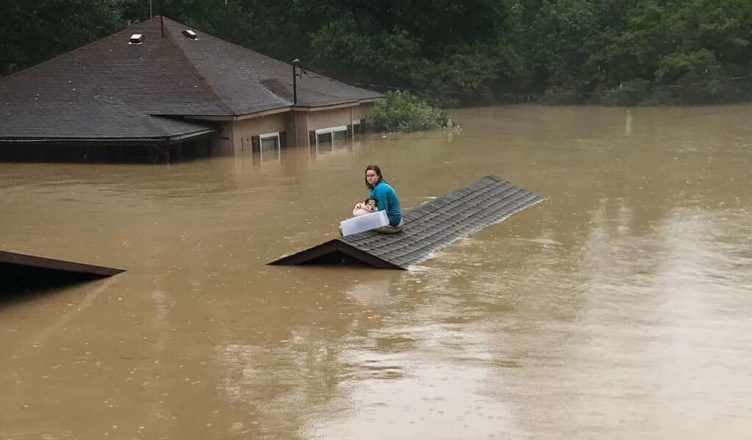 During recent floods, Chloe Adams had only a few minutes to come up with a way to save herself, and her now senior dog, Sandy. If they wanted to get to safety, it would mean a short swim from their house to a neighbor’s rooftop. 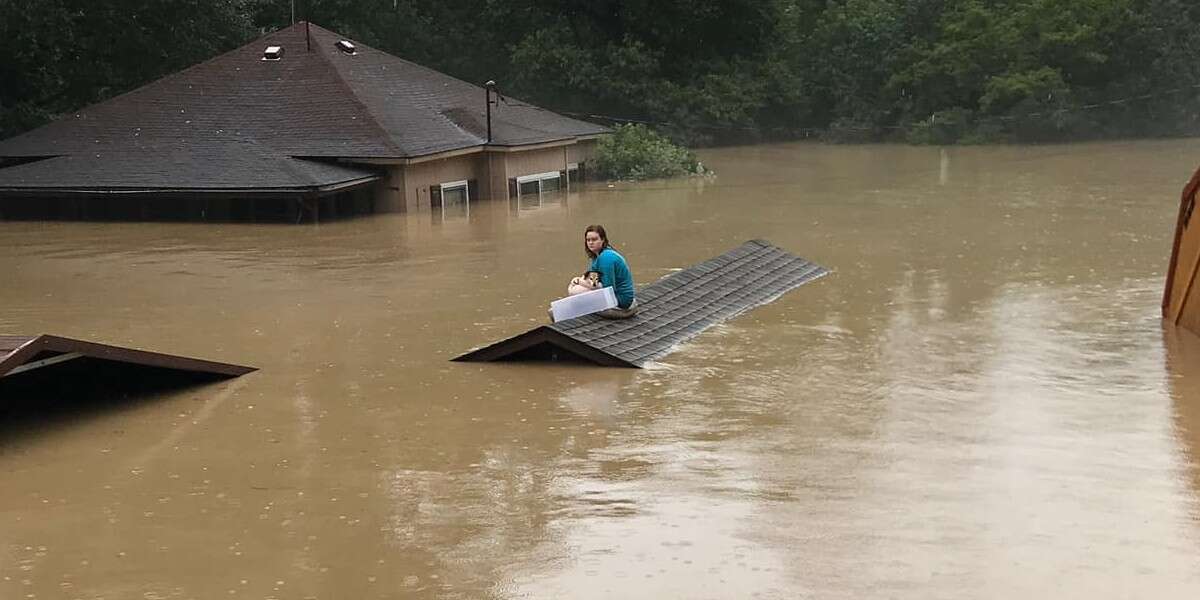 However, there was a slight current, and the water was cold, and the senior dog couldn’t swim.

In an interview, the woman had this to say: “I was more worried [about] losing her in the water than myself. I had to find something that could safely float her across the waters.” 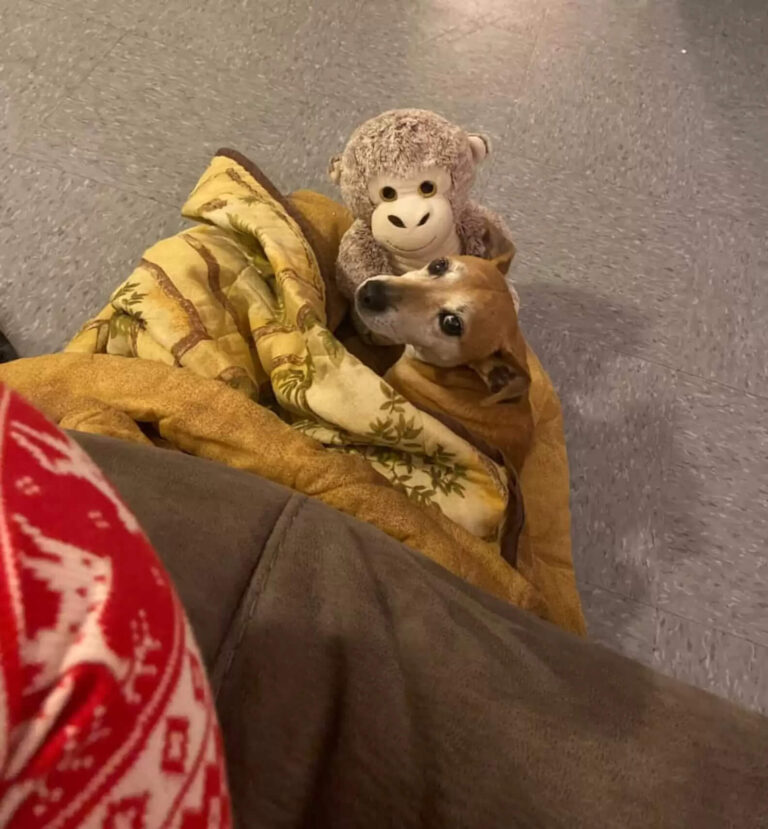 As the flood waters were quickly rising, and room on their roof reducing, Adams first used Sandy’s bed as a floating device. However, rather than floating, it sank. Next she took a container big enough for Sandy, but that started sinking as well.

With time running out, Adams grabbed a nearby couch cushion which she got underneath the container to keep Sandy afloat. The woman then swam to the nearest rooftop and pulled herself and Sandy out of the water. Adams’s dad caught it all on camera, and you can see here rescue here: 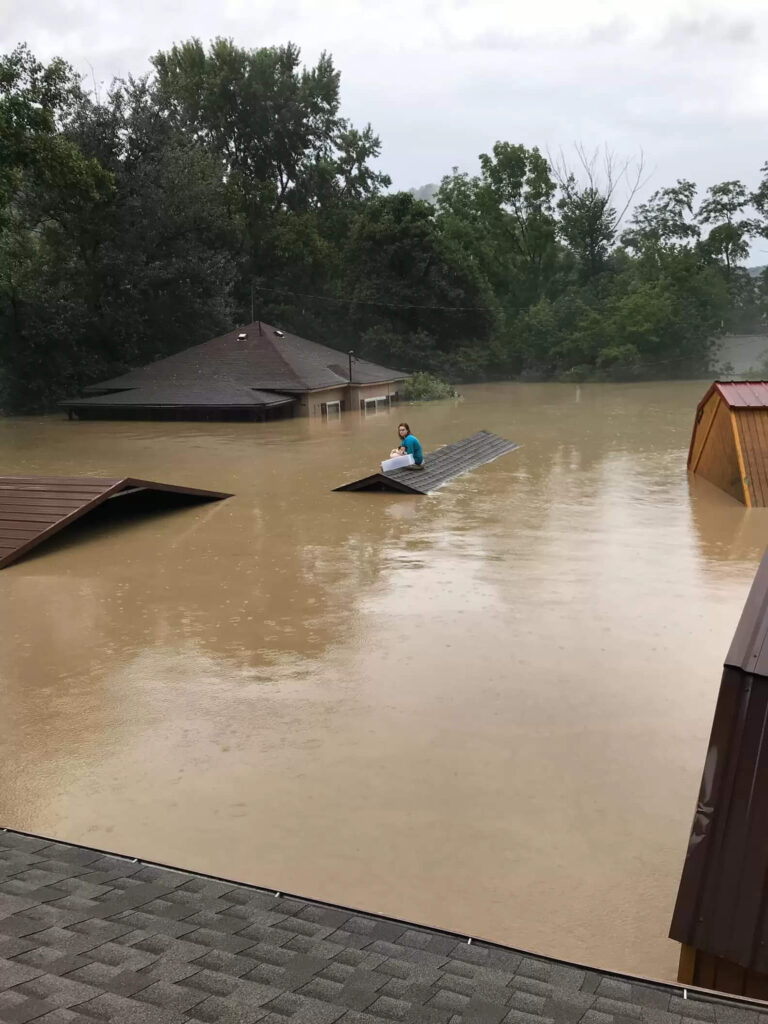 The next 5 hours, dog and human were stuck on the rooftop, amidst the rain and rising floods, patiently waiting to be rescued. The woman also had this to say: “I held Sandy in my lap the entire time and put the plastic container over her to keep the rain off of her.” With time, Chloe’s uncle saved the duo with his kayak, and both are safely recuperating the traumatic experience at Adams’ grandmother’s house. Both dog and human are safe and happy as they are together.

Finally, Adams went on to say: “We comfort each other when going through something hard. I [am] there to hold her and tell her it’s OK, and she lays her head in my lap knowing I’m in pain.”