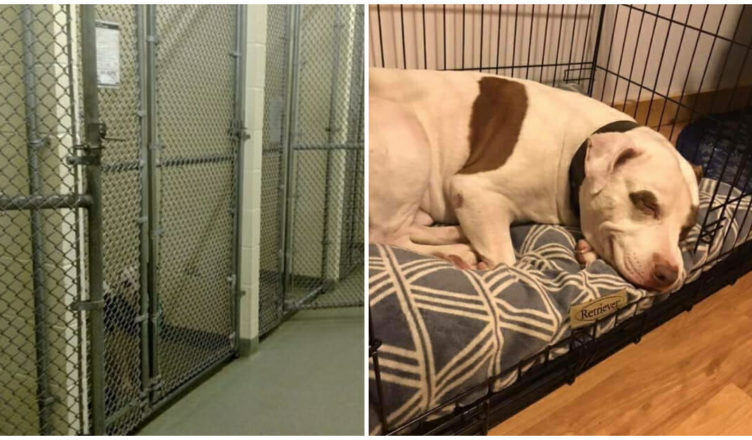 There is no doubt that the only thing shelter dogs want is to go to forever homes. 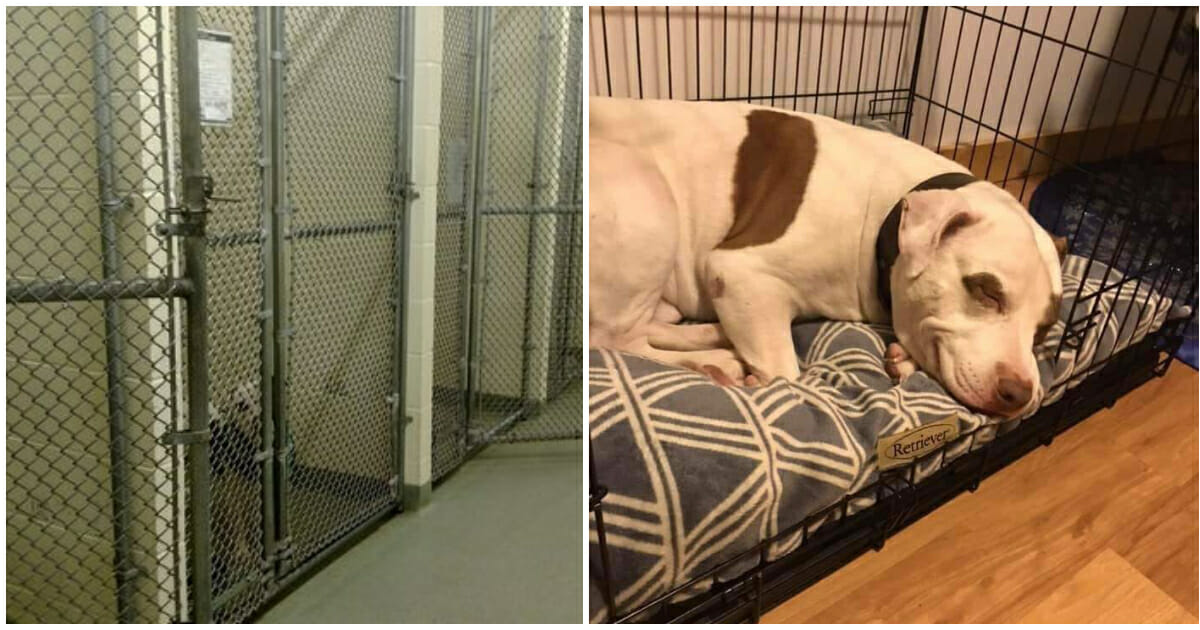 Furthermore, going to a forever home depends on many things like health issues, appearance, age, or breed, which means that some dogs take more time to find forever homes than others.

Unfortunately, one dog was about to give up hope as he was left all alone in the shelter! The Staffordshire terrier mix, Capone, had been waiting for many years at the Ionia County Animal Shelter in Michigan. 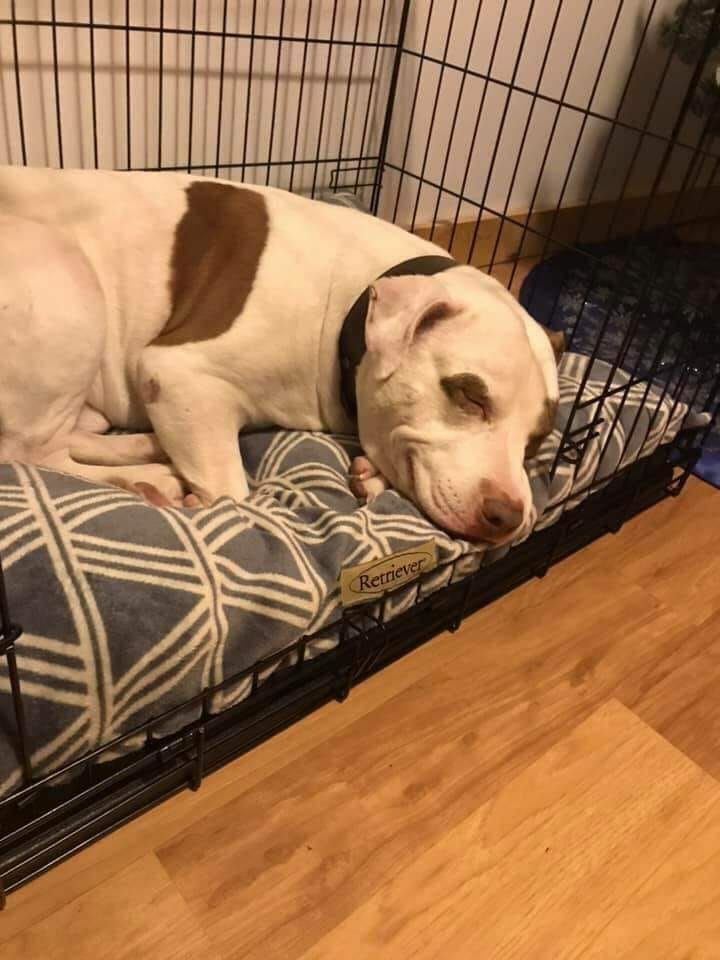 The dog was adopted once, but he was surrendered to the shelter again after just one year, which affected the dog’s general condition!

Carly Quinn, the shelter director, said that Capone started losing some weight after coming back to the shelter as it was a big shock to him. 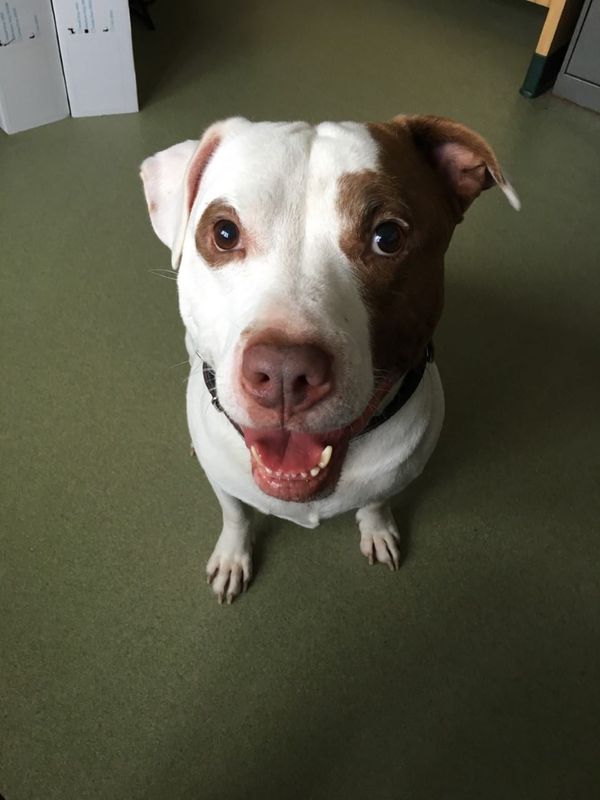 His luck continued to be bad as he got passed by for many years! He had been passed by till he was all alone at the shelter!

Despite everything that happened to him, the shelter decided to do more efforts in order to find a home for Capone.
So, they shared his story on Facebook in hopes that the right people would see the post. And that’s exactly what happened. 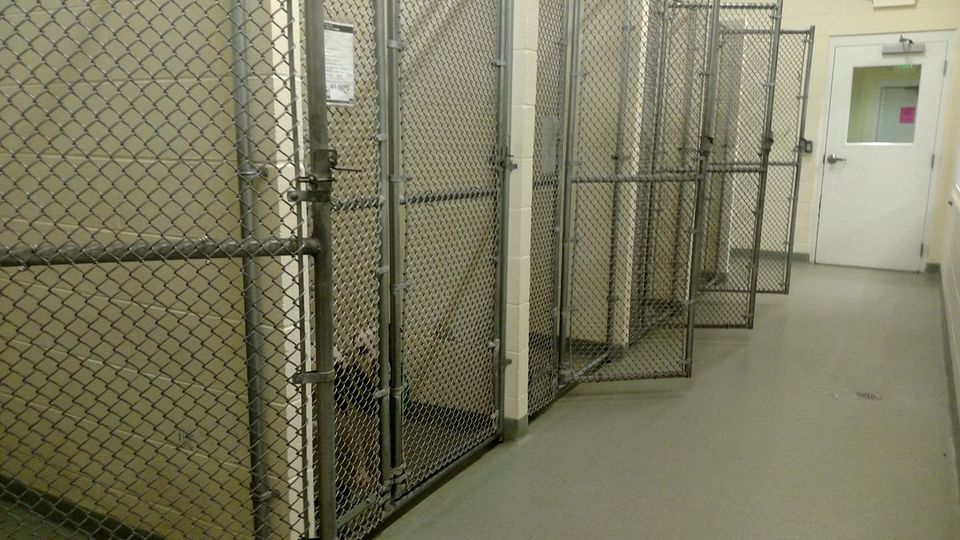 A kind man called John Long and his wife Ashlee fell in love with Capone once they saw him!

So, they directly went to the shelter with just one clear purpose “adopting Capone”. When Capone saw that there were people who wanted to see him, he started wagging his tail and snuggling!

Finally, the dog, who was left all alone at the shelter, found the forever home he deserves. He is now having a great life with kind people, who really love him. What a happy ending!