The 11-month-old dog tries not to stray too far from his owner and even seems to make sure there are no obstacles in their path that would prevent them from moving through the city streets.

Clever Magnus is seen crawling underneath a wheelchair to try to push it and speed it up, while his owner uses the levers of his special needs vehicle to get around on the road. 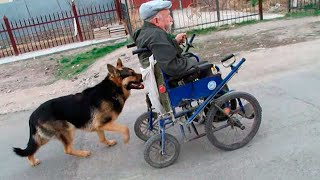 One woman witnessed this touching picture. She said she even tried to offer the man money and food when she saw him and Magnus.

However, the man prefers to do everything himself, with a little help from Magnus, whom he calls his «only family member. 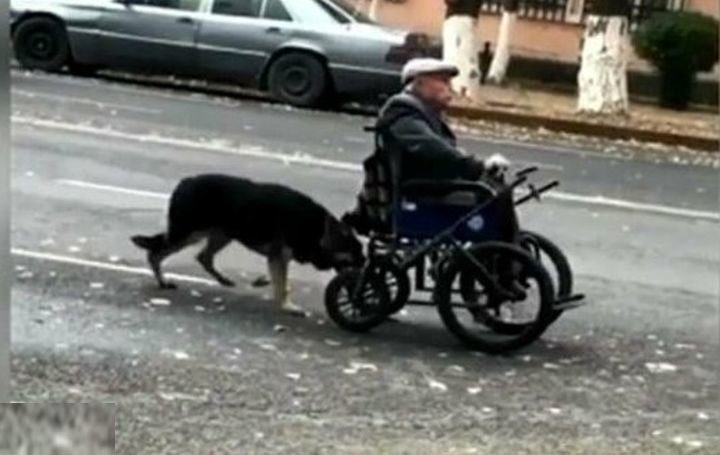 Once Magnus was hit by a bus, but having recovered, the dog continues to accompany its owner as before during his walks around the city.

«It turns out that this dog has been hit by a bus before, and despite his fear of being on a road full of cars, he assiduously helps,» the woman wrote on her Instagram.

The man said that Magnus started helping him from the age of 4 months. The man emphasized that the dog is his only family member.
Internet users praised the close bond between Magnus and the man. So one of them wrote:

«Dogs are real friends, we should never forget them.»
«Dogs can’t betray anyone. They remain loyal, no matter what.»

One female commenter, however, suggested that the dog, who has been under the wheels of a vehicle once before, simply hides under the stroller when she hears the sounds of passing cars.

«The dog is afraid of cars and tries to hide under the stroller,» she wrote.