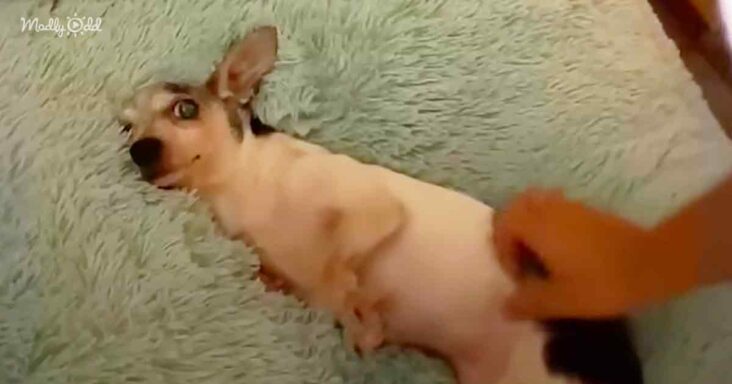 Any animal that undergoes severe torture will invariably become mentally and physically weak. However, this was not the case with Belle. The poor dog was always physically tortured by her previous owner. This made Belle very timid and weak.

Maria received a text from one of her neighbors, saying that a woman had a small dog at home whom she tortured physically. In addition, she used to beat the poor dog. Maria decided to explain to the woman that whatever she was doing was not correct. However, in reply, the owner surrendered the dog to Maria.

When Maria picked Belle in her arms, she could feel that the dog was skinny and was trembling out of fear. However, Belle was highly relieved when she walked into Maria’s house. She started running around the house in excitement and with renewed energy. 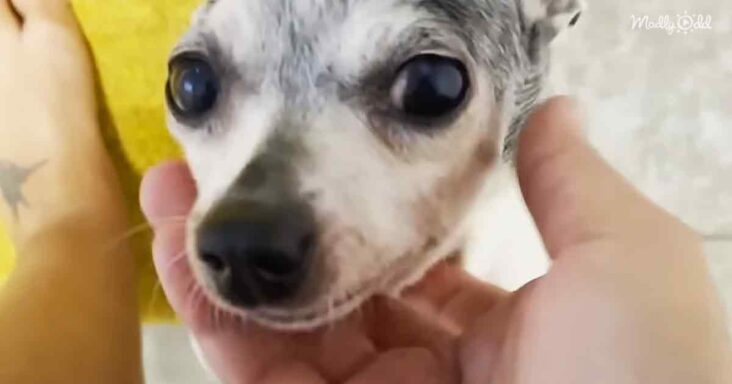 Belle was 14 or 15 years old, and the energy she showed upon being rescued was terrific. The same day Maria got a new bed for the dog. Belle loved her special place to sleep and rest. It was as if the dog got some peace for the first time in her life.

Maria took Belle to the vet, who said the dog had never been to a vet before and nobody had taken care of her. The vet revealed that Belle needed to work on several physical aspects of her body. She was diagnosed with a severe form of arthritis. However, with 3-weeks of physical therapy, her condition improved a lot. 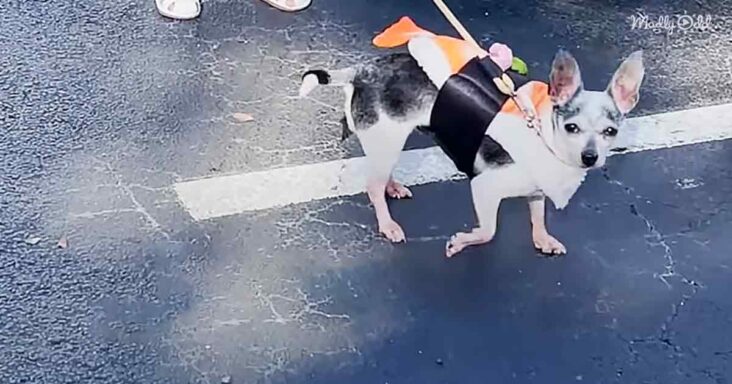 Maria treated Belle as a family member. She took Belle out on car rides and for walks. The dog loved to be held, kissed, and hugged. Belle also had a funny part in her character, which was pretty surprising considering the torture that she had been through earlier.

Once Belle’s condition improved, Maria understood it was time to find a new home for the dog. When she found a caring person to take care of Belle, the dog immediately bonded with the new owner. It was as if Belle’s trust in humanity was restored.

Watch the video below: