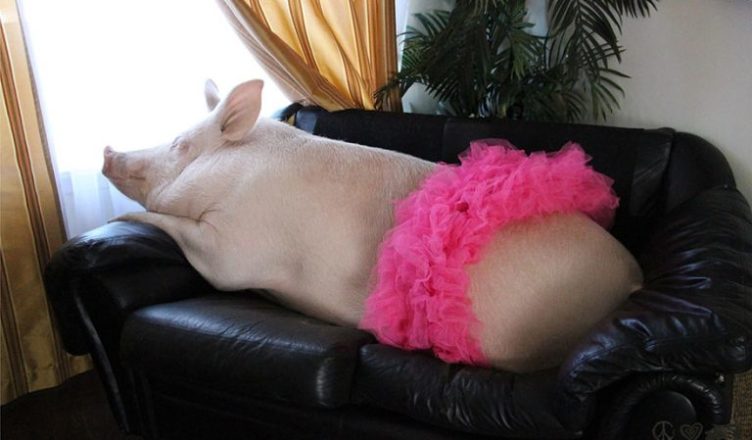 There are times when life doesn’t exactly give you what you want but instead gives you what life thinks you need. What Steve Jenkins and Derek Walter from Canada got was a blessing in disguise. 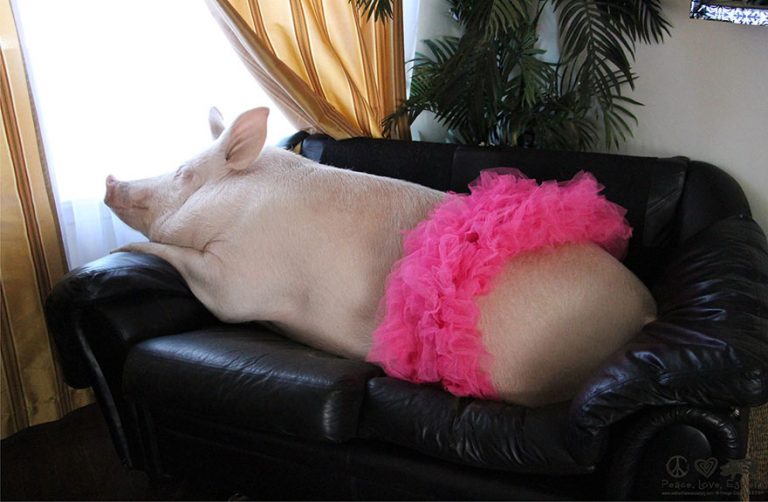 They adopted a pig, mistaking the creature to be a pygmy piglet. The couple agreed to keep her and they now realize that it was the best decision that they ever made.

They then named her Esther. Now, two years later, Esther is no longer a tiny piglet. She now weighs 667 lbs and has transformed into a full-sized commercial pig. 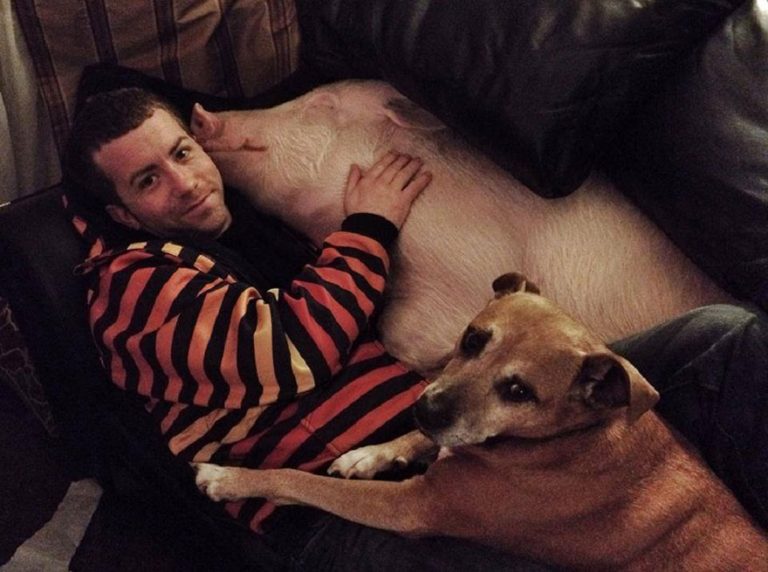 This experience has been life-changing for Steve and Derek. Esther has gifted them with love and a bond of friendship that they will never forget. She turned out to be a friendly as well as intelligent creature.

Apparently pigs are animals that are as smart as dogs and they are thought of by many as cleaner animals. After adopting Esther, Steve and Derek became vegans because they couldn’t bear the thought that they were feeding on other pigs that were similarly smart and friendly. 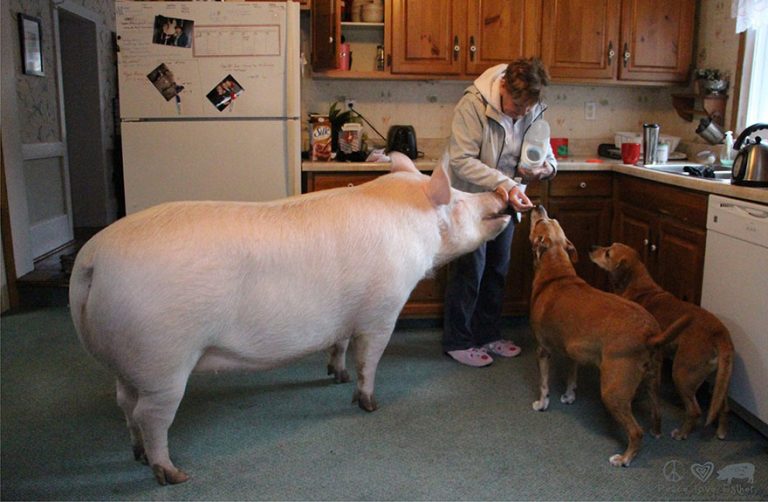 Their lives were deeply affected by the presence of Esther to an extent where they were inspired to build an animal shelter. Esther also bonds perfectly with her flatmates and other animals.

She plays with her human owners. Steve and Derek managed to raise enough money on Indiegogo and opened their own animal sanctuary. 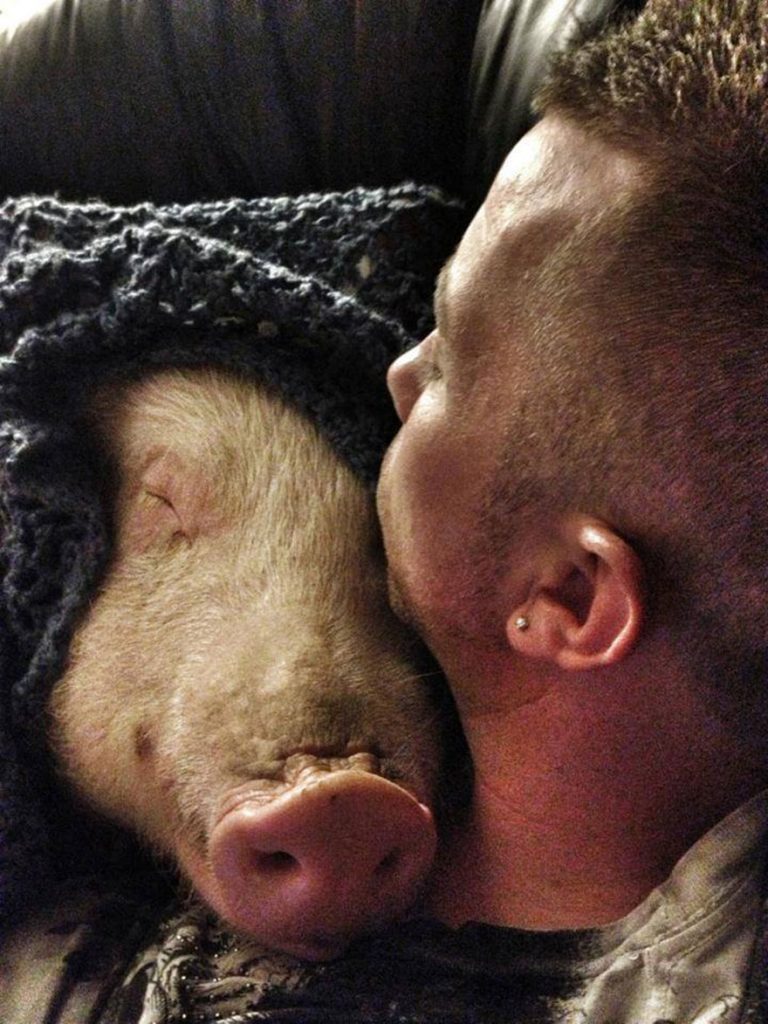 The couple expressed that raising a pig is no easy task as it is really tiring. These creatures also require a lot of food as well as attention. However, all their efforts have been worth it because Esther has become a part of their little family. A heartwarming as well as an inspiring story, don’t you agree?