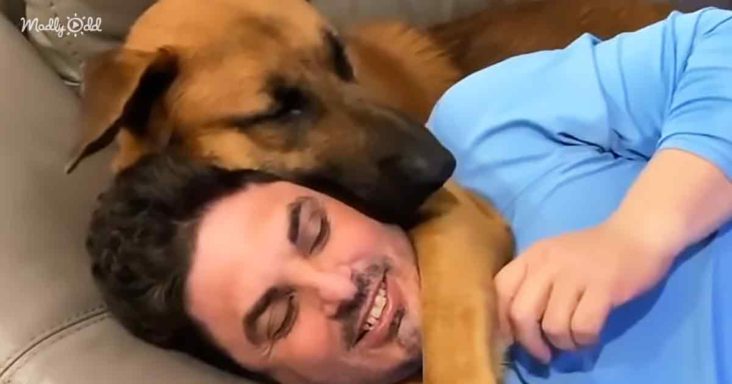 Laura had adopted a rescue dog, Rusty. She wished that the dog would love her even a fraction of how much he loved her husband. But happily, the couple needed the dog as much as he needed them. Rusty looked very similar to the couple’s last German Shepherd, Cane.

So, one of the local dog lovers, who volunteered at the Miami-Dade Animal Services, had sent them this dog’s picture. The rescue dog had floppy ears like Cane, and the couple knew that they had to adopt him. But, when they went to Rusty, they saw red writing on his cage that said, “Not good with other dogs, aggressive.”

This made them want Rusty more because they thought something terrible would happen to this big baby if they did not adopt him. They were not sure if anyone would ever adopt Rusty. Thus, they took him in. 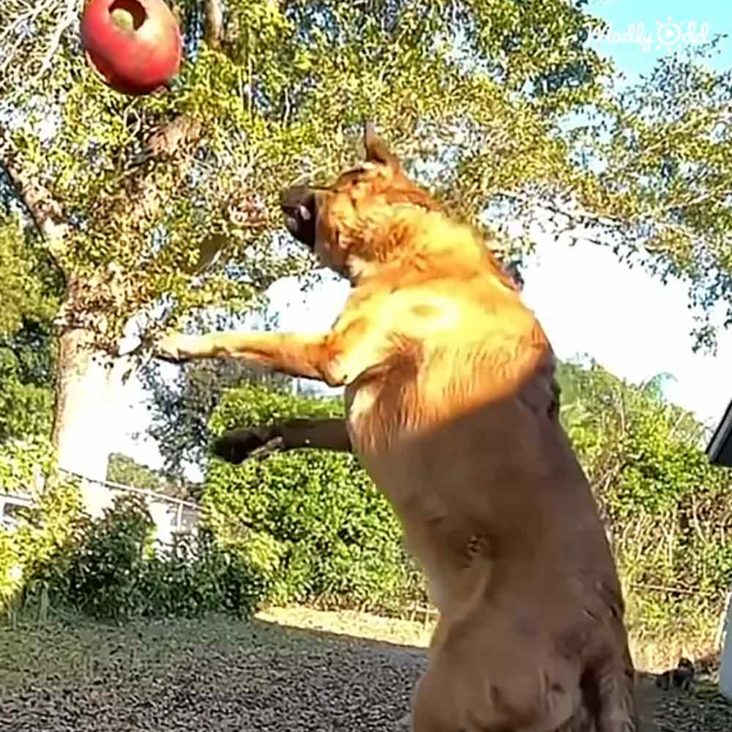 Rusty had a fear of cars, so the family knew that the dog lived as a stray for a few days. The couple had to work with many challenges, and it took some time to get Rusty to warm up to them. Thankfully, he finally clicked and bonded with Laura’s husband.

They would lie on the couch together and fall in each other’s arms, literally. Finally, Laura’s husband started making a bedtime routine for Rusty. At 10pm every night, the dog went to bed with him. Rusty stopped acting out and really started loving him more and more. 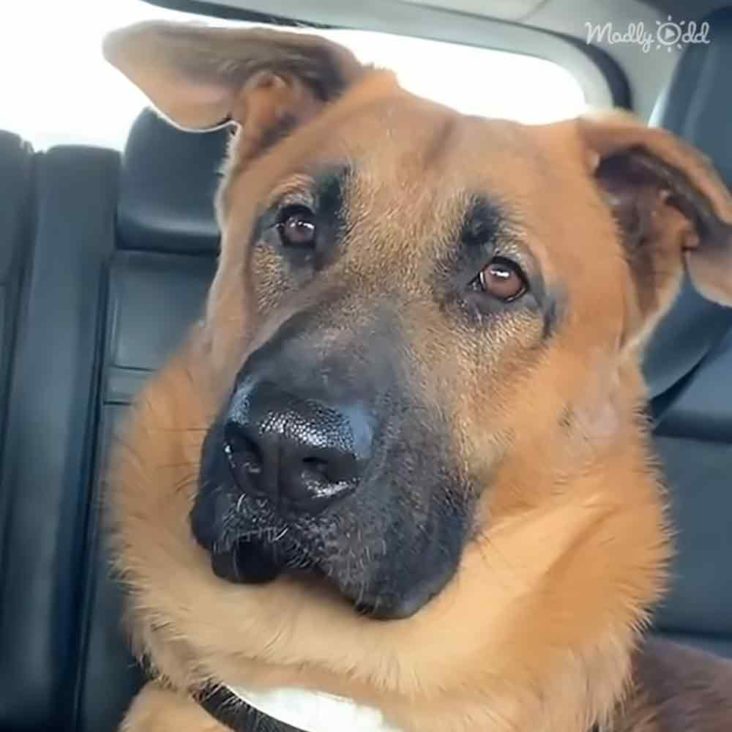 Their other dog, Slayde, was a senior dog. Laura believed that he probably thought Rusty was too young for him as he was always full of energy. The couple even had two cats that were fond of Laura’s husband. The couple called their dog a Miami German Shepherd as he was taller than a normal GSD.

He looked like a German Shepherd by his face, but his body was pretty red. The dog was so expressive with his big eyes that it melted Laura’s heart. The poor dog still did not know how to play ball and was very protective of his territory. The owners wanted Rusty to see that he had a safe place to stay, and people loved him.