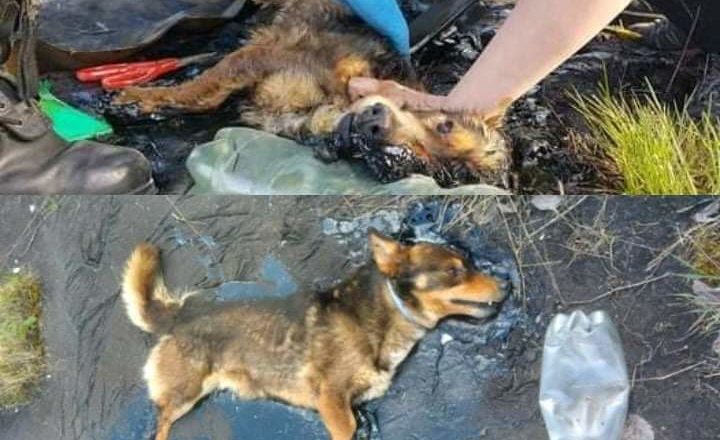 A dog was lying hopelessly on the ground stuck in tar. He was making noises as a sign of hoping somebody to help and get him out of tar. 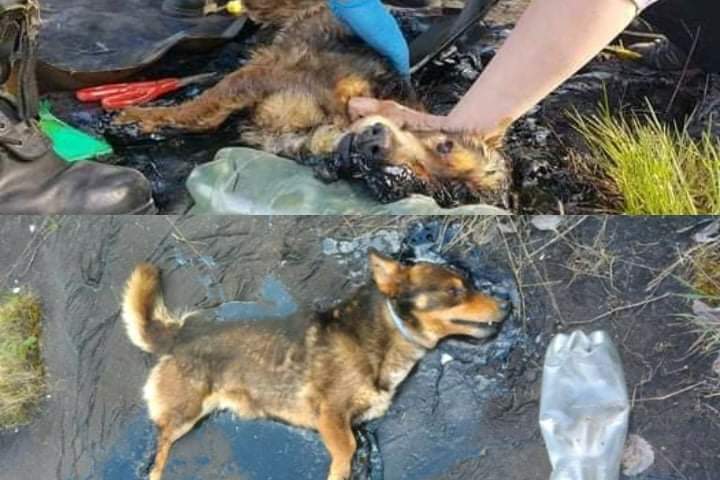 The workers heard the dog barking so they came to find what happened to the dog in despair. They immediately came to the spot as the dog kept barking they could not neglect. 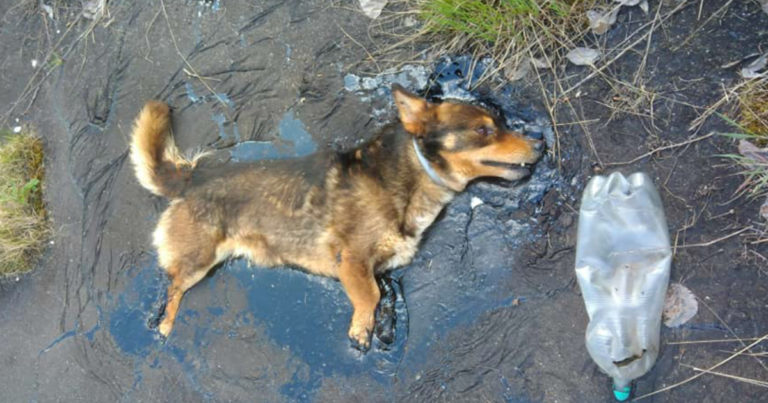 The dog was not able to free himself. Firefighters were called firefighters to rescue the puppy in despair.

The rescuers could get the puppy out of the tar with the help of oil and cut even the fur from the dog that were deeply clued on the tar. 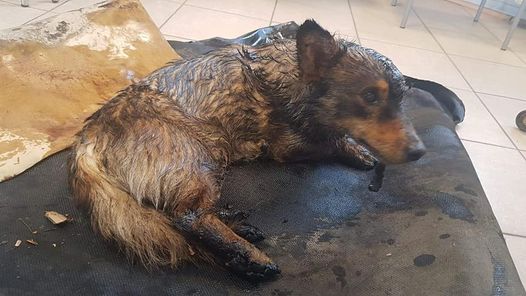 Luckily he is saved and needs to be treated well. After a short time his state will get much better. 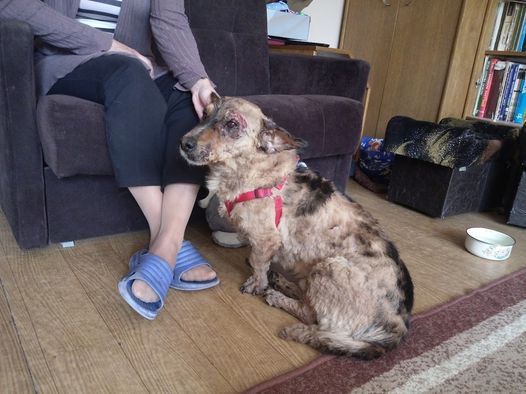 Soon the puppy will have a forever home. He will be adopted very soon by a lovely family.