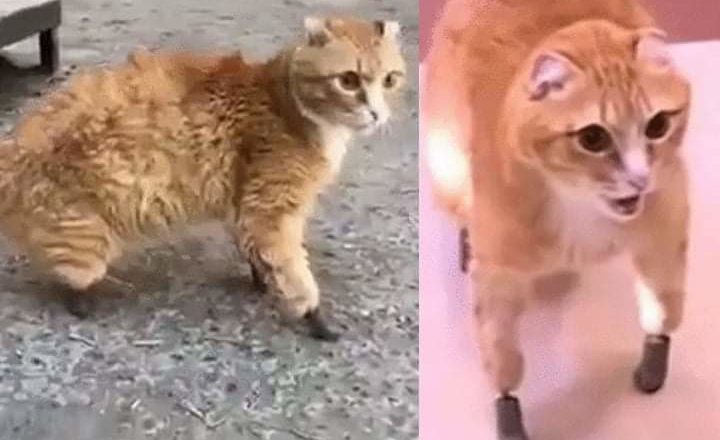 People can in some way overcome severe cold. They are prepared for this as they can wear warm clothes, but the dogs and cats suffer badly because of cold. 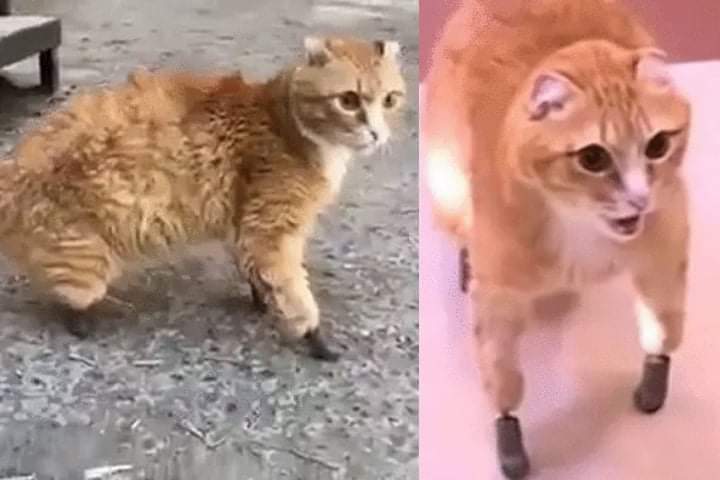 Some of the animals can not just resist cold even though they get used to living outdoors. In this case a cat was left outdoors in frosty cold weather.

The cat was named Ryzik because of having red hair. This name comes from Russian language. 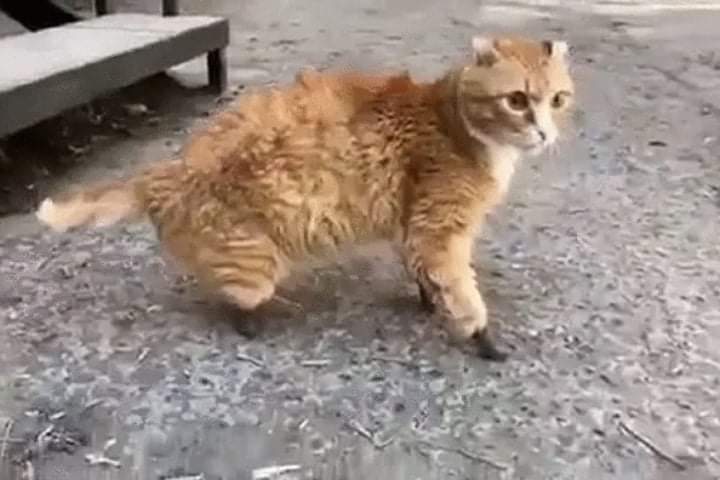 Because of being frostbitten the cat lost his four paws. The cat was left outdoors by his owner. This case happened in Siberia when the temperature was -40 F.

Many times the frostbitten state is unusual. The result of this can be the death of the animal. When the cat was taken to a clinic the vets had to amputate his limbs as the gangrene damaged his all limbs.

The new owner of the dog made many efforts to do something for his cat in order that he could move or just walk. The cat was taken to an animal clinic and he became the first kitten to have four artificial paws.

The cat is getting used to his new paws he sometimes has difiiculties coping with them. But the vets say that what is very important that he does not want to remove them.

This clinic named Dr. Goroshkov’s clinic uses modern ways to help animals in need. They give struggling opportunity to the animals who need help most of all. This cat is the first cat to have bionic paws.