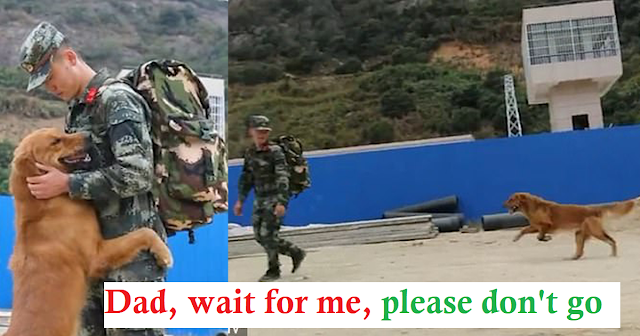 A dog which serves in a military service does not leave his retired soldier as they spent all day and night with that soldier.

This story happened in China. The man is named Jia Chuan. The dog is of golden retriever breed named Da Mao. The dog is three years old. 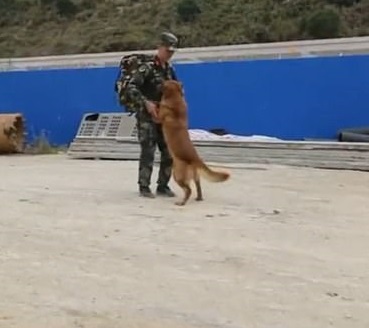 The man has served in the army for eight years. He spent the last two years of serving with the dog. They had a strong bond and became best friends.

The dog was his first rescue and search dog. The soldier said good-bye to his dog with tearful eyes. 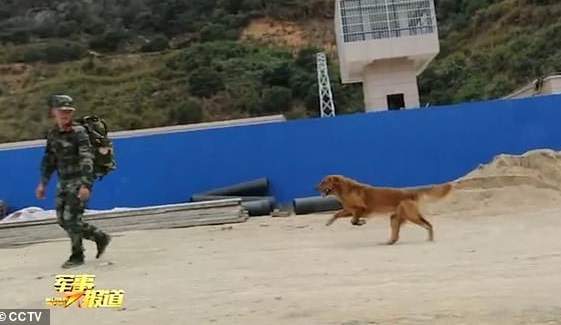 The touching scene was captured. The dog ran after the soldier wrapped with his arms and did not let him go. This a true example of love and devotion between a soldier and his favourite military dog.