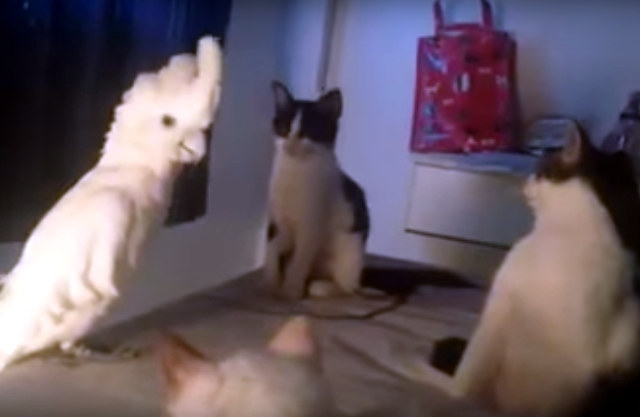 Here is funny story about a parrot that learnt the language of cats. The parrot leart to meow and feel like cats.

The cockatoo has been living and spending much time with cats since the time he was born. He had no other choice to learn the «foreign language». The scene was captured by the owner of the parrot. 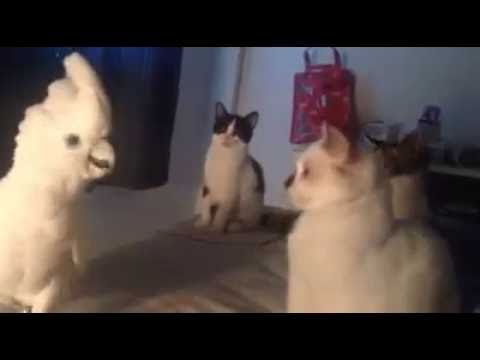 The cat even showed his skills of talking like a cat. The cats were looking at the cockatoo with astonishment. The cats could not believe their eyes. 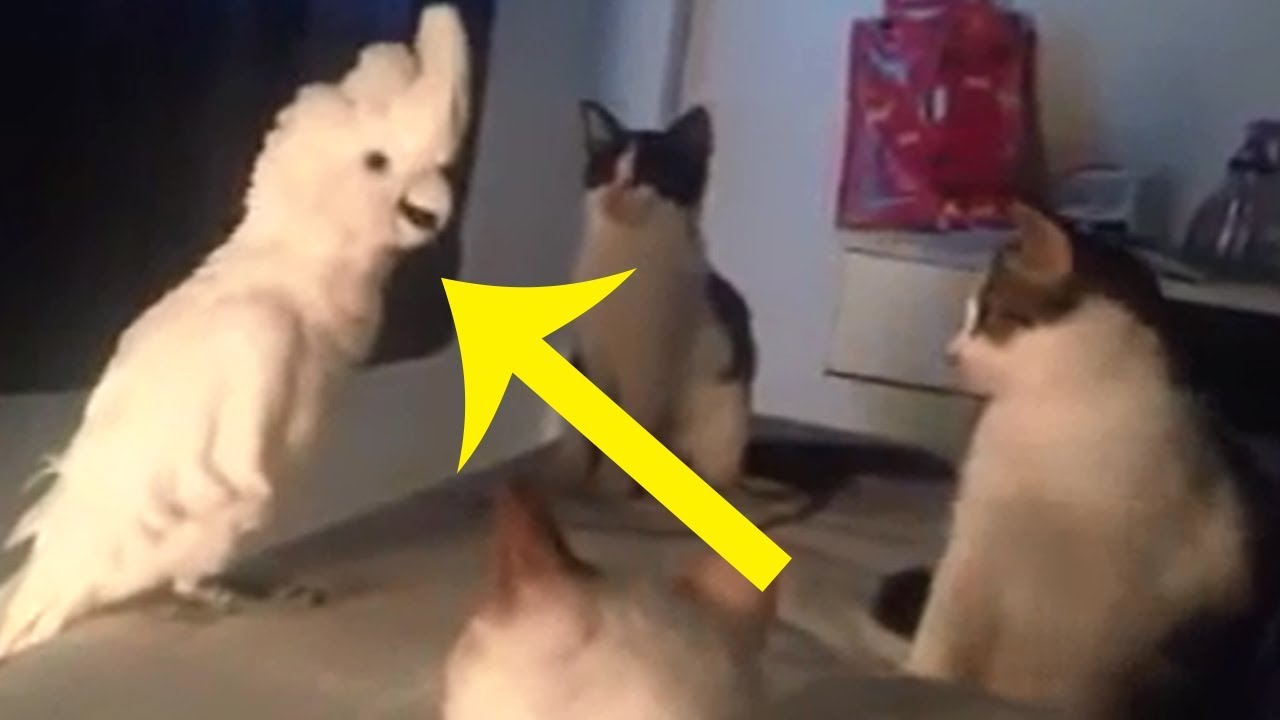 Here is the cute video: