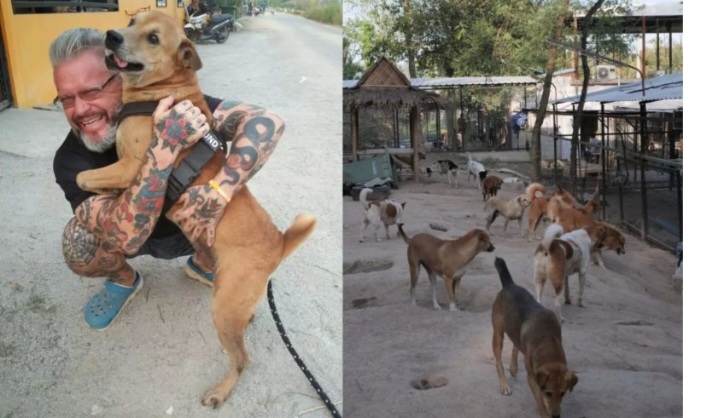 In eastern Thailand in the province of Chonburi a man found a shelter and called it » The man that rescues dogs».

In this shelter there are many homeless dogs. Many of the dogs habe a difficulty of moving.

Thanks to the staff members the dogs are taken care of and get the attention that they need. 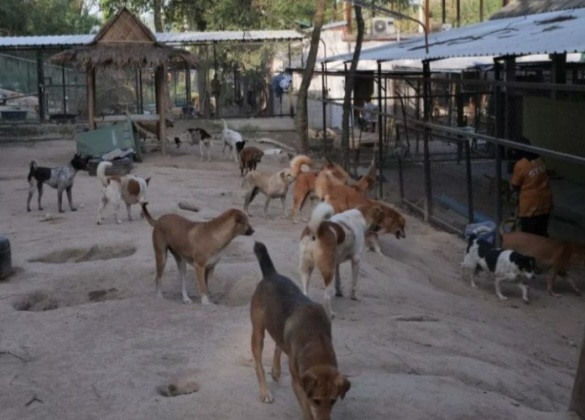 The man whose name is Michael J. Baines came from Sweden to Thailand in 2002. He worked as a chef in the restaurant.

A stray dog came to the man and the man fed the dog properly. The man fed him every day. 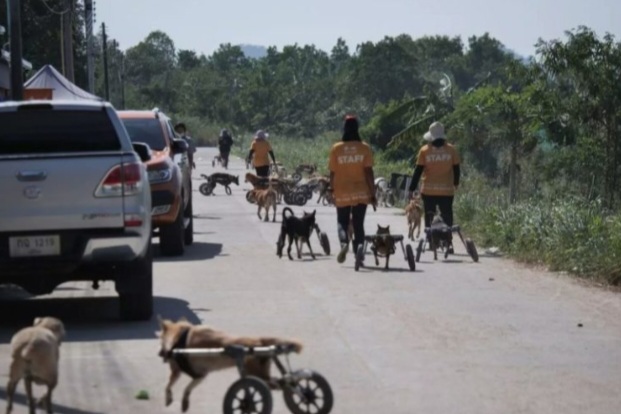 The man began his mission looking after some dogs, after dozen dogs then he realized that there are hundred stray dogs whom he looks after.

In 2017 he founded the shelter where many dogs are taken care of. There are many disabeled dogs.

The man decided to have his own veterinarian clinic. The dogs have their own wheelchair, prostheses.

The shelter has 600 dogs and 30 staff members. Luckliy, there are many people who donate money as the place costs 1350 $ per day.