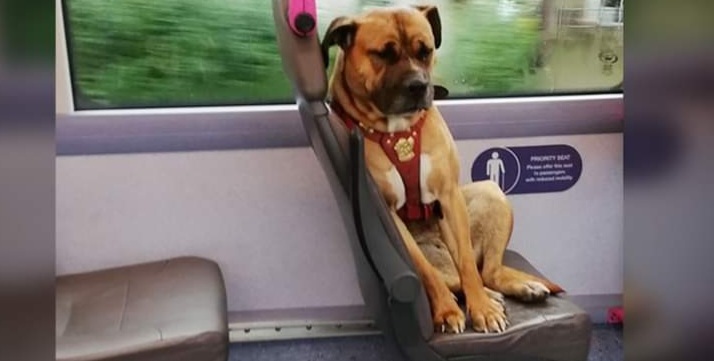 A dog was seen in 620 bus in West Yorkshire. The lonely dog felt sadeness and despair. The dog is a Staffie-mix.

His look showed everything. The cute dog sniffed as if trying to find a familiar smell.

As it was the last bus stop the passengers took the dog off the bus. The dog was taken to Cliffe Kennels. The dog felt a deep lonliness waiting for his owner but this was in vain. 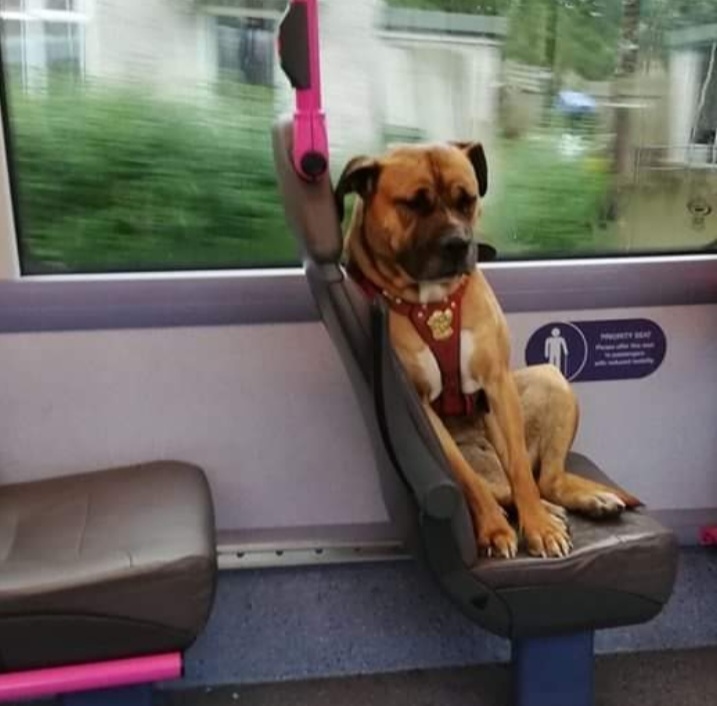 It was obvious the dog was lost. Those who were present in the bus took pictures of the dog. They posted the picture in the social media hoping that the owner of the dog would appear.

Though the owner did not response many people became interested in the dog. They were sorry for the lost dog.

Very soon the dog will be adopted he will have a forever home. Thanks to caring people the dog does not have to wander in the streets.

The lonely days of the dog are over and will surely be happy and get all the warmth he needs.

The staff hopes that the people who come to adopt the dog nicnamed Olive will also become interested in other abandoned dogs.