Heartbreaking photos of a crying pit bull named Blue King, who was abandoned by his owners at a California shelter, have left the web reeling. No one expected Blue to react so emotionally. Thankfully, this story has a happy ending!

Blue’s owners gave him to a dog shelter due to a move and decided not to take him to his new home. A staff member at the shelter offered Blue a treat, but he wouldn’t touch it. Tears were flowing nonstop from the dog’s eyes.

Dogs at the Carson shelter in California are often put to sleep if no owners are found for them. The longer Blue stayed at the shelter, the greater were his sad chances of being euthanized. 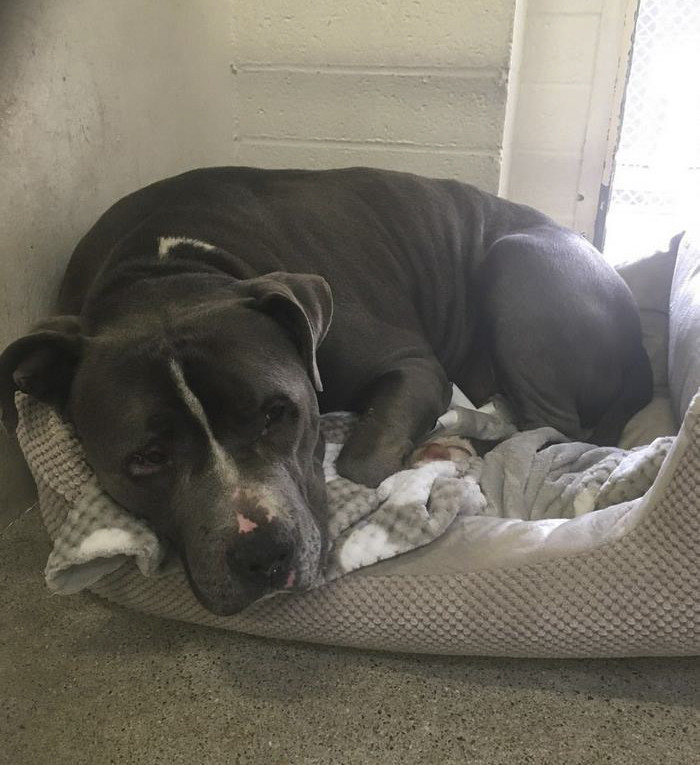 The shelter staff decided to help the suffering dog. They posted a video of him online, hoping to find a family for him. Fortunately, Blue found a home soon after!

Out of the many dogs at the shelter, a woman named Jennifer chose Blue. 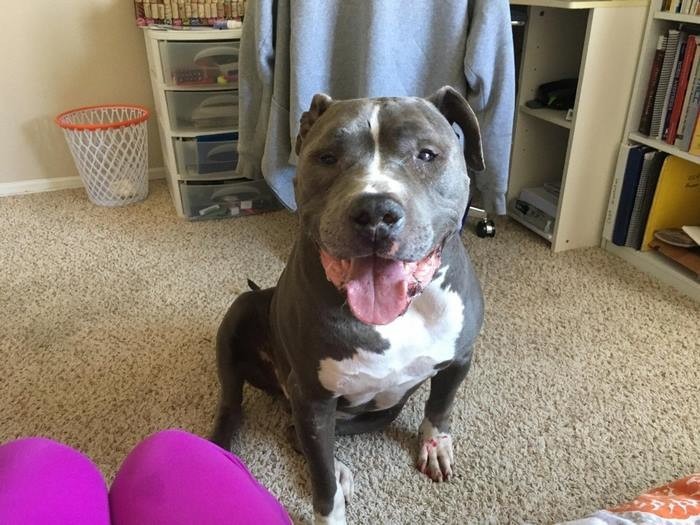 Jennifer recounts:«He looked very depressed, and didn’t even pay attention to me. While the other dogs were cheering and wagging their tails, he didn’t even move. The dog seemed to realize he had been betrayed and abandoned.»

Just look at him now!The new owner says that Blue is a completely different person now that he has been at the shelter. 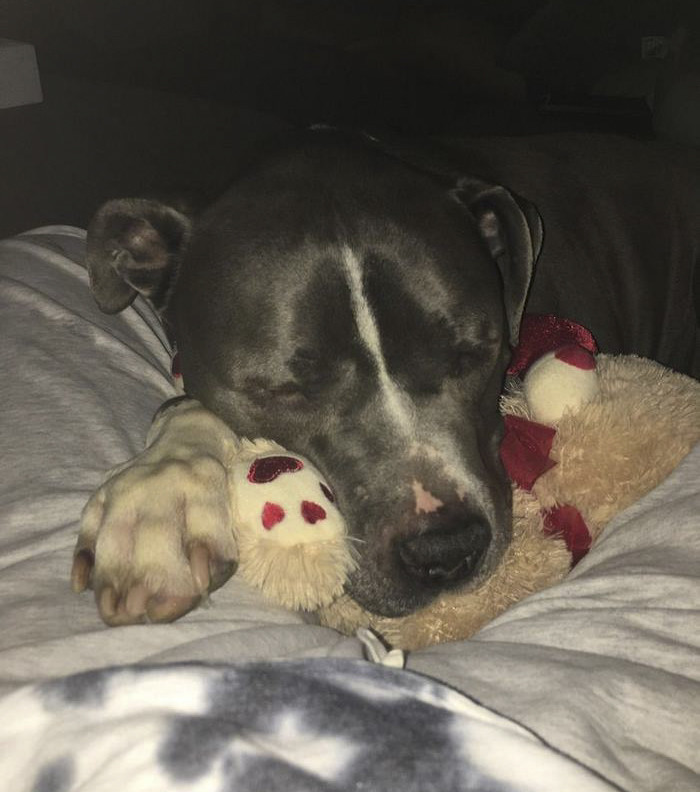 He loves to sleep, cuddle, and look at himself in the mirror. He has a lot to learn. But Jennifer is sure this dog can do it all.