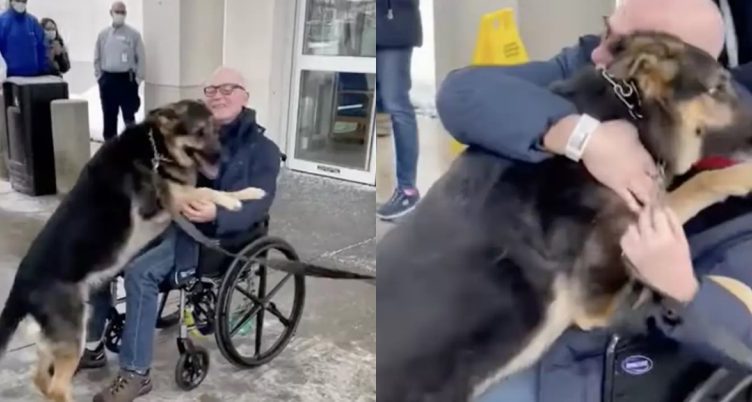 Brian Myers’ life was saved by the very dog he rescued a few months prior. And their meeting after Myers was released from the hospital was even more emotional than the one where they first met. 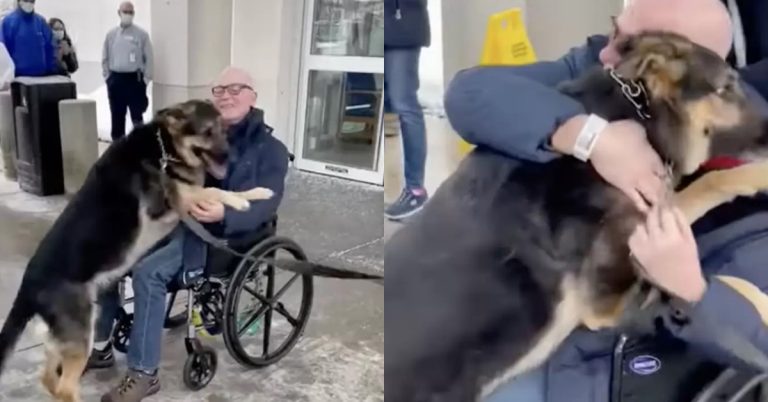 Myers rescued his 6-year-old German shepherd named Sadie after she was surrendered at Ramapo-Bergen Animal Refuge in New Jersey. The shelter staff found it hard to place Sadie because she was nervous around men and defensive.

“[She was] a little standoffish when she first came and she wasn’t sure what was going on,” Heather Centrella, the front office manager at Ramapo-Bergen Animal Refuge, told us. “She became a little bit shut-down in the shelter, so we knew she was going to need an experienced home with someone who was patient.” 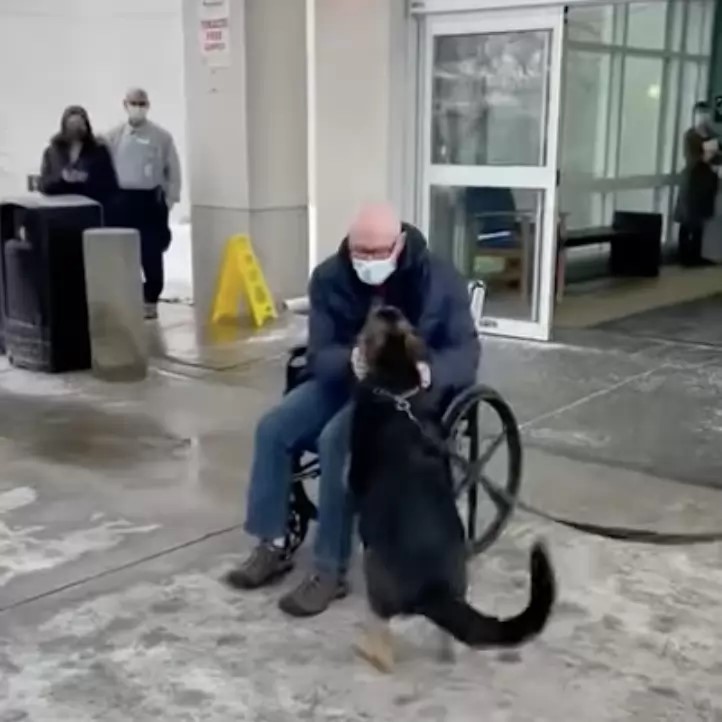 It took only 30 minutes for Myers to decide that he wanted to bring Sadie home after they met.

The issues she was supposed to have had with men seemed to melt away.
“She jumped into my car and we’ve developed a strong bond. I was able to work through the issues she had and committed to giving her the home and love she deserved,” Myers said in a Facebook post. 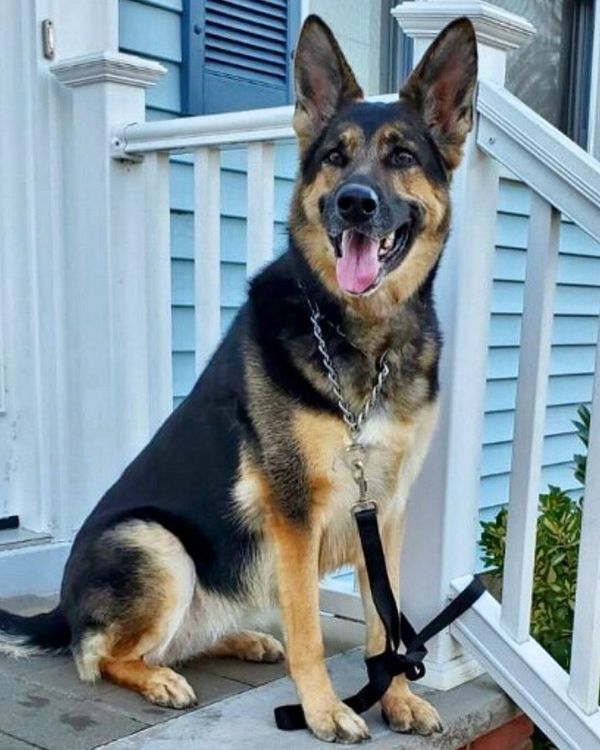 “She kept licking me and crying, so I reached my right hand up to pet her, then I grabbed her collar,” Myers told The Washington Post.

Myers had no idea that Sadie would be responsible for saving him a few months later.
The pair were enjoying a typical night at home when Myers suddenly had a stroke. He had no feeling on his left side and feel between his bed and the wall.

“It was really frightening — I couldn’t get up and I didn’t realize at that moment that I’d had a stroke,” Myers said. “My cellphone was on the dresser about 15 feet away, but there was no way I could get to it.”

Sadie sprung into action and licked her dad’s face to try and revive him.

The dog refused to leave his side.
She kept barking for help in hopes the neighbors would hear her. Myers reached out to grab her collar and was pretty surprised by what happened next.

Sadie then used all of her strength to drag her dad across the room so he would be closer to his phone.
“She was not trained as a service dog, but she was in distress over what was happening and she could tell that I was in trouble,” he said. “I don’t know how she did it, but she knew.”

Myers was able to reach his phone and call for help. Doctors at the hospital told Myers that Sadie was likely responsible for saving his life.

Sadie stayed with Myer’s family while her dad spent time at the hospital and then in rehab.
“They do FaceTime, which he said she’s a little confused by because she wants to get at her dad and she cries,” Centrella said. “But he reassures her that he’s doing everything he can to get home to her as soon as possible so they can be reunited.”

When that day finally arrived, it was an exceedingly happy one.

Myers shed tears as Sadie leaped into his arms and covered his face with kisses.
“It was the best decision I’d ever made to adopt her,” said Myers. “I really feel it was meant to be.”

You can watch Sadie and her dad be reunited in the video above.