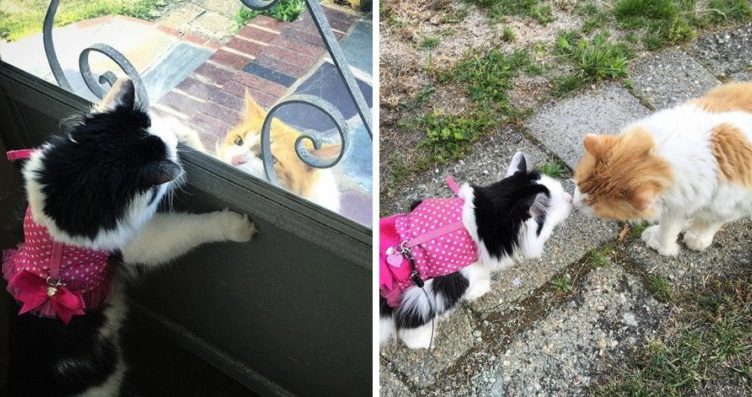 Sophie and Scottie are no doubt one of the cutest feline couples we ever wrote about. Their romantic tale began when Scottie had his first glimpse of their neighbor cat, Sophie. 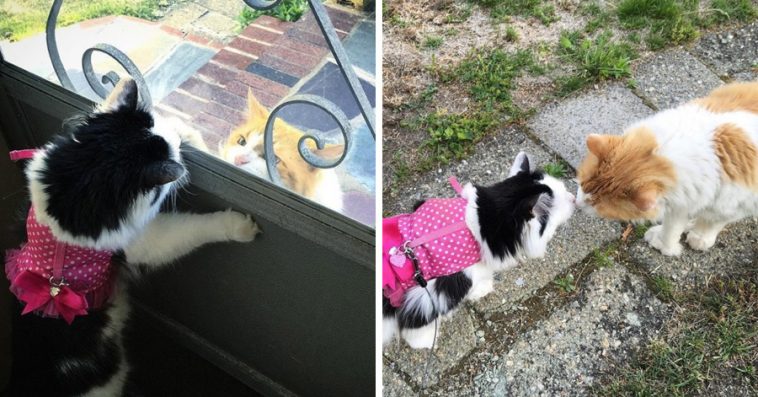 Since then he fell head over heels for her, and he couldn’t get over a single day without go visiting her. In spite of being deeply love-struck with Sophie, he kept his distance and observed her from a distance. 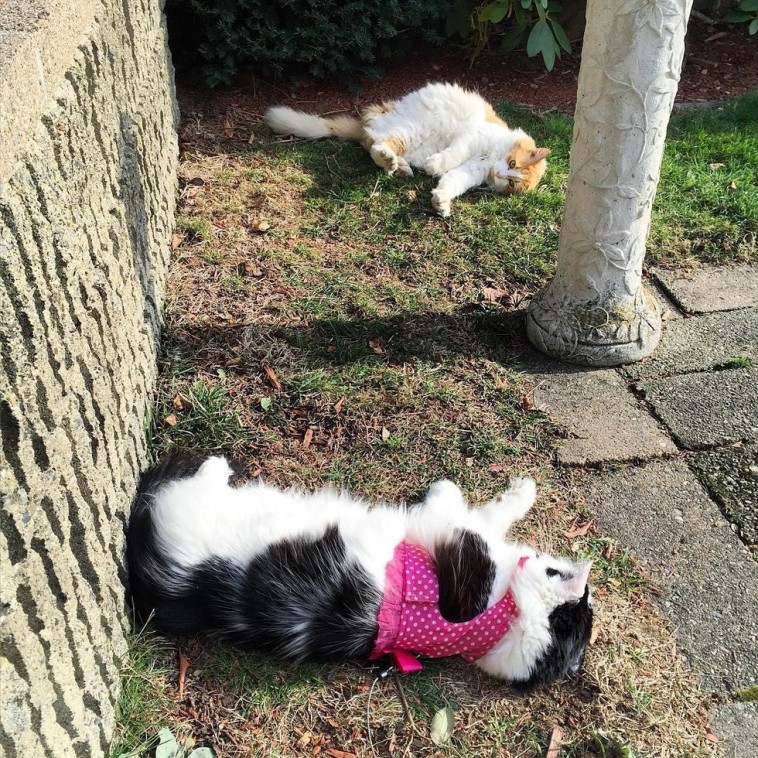 “His persistence started paying off and soon Sophie came to expect him on her adventures and allowed him to sit with her,” Sophie’s owner told Love Meow. It didn’t take long for Sophie to appreciate Scottie’s efforts, and soon the two became the most adorable feline couple ever. Scroll down to see the rest of this charming feline romance.

This is Sophie, she is a rescue cat from Boston who was adopted back in 2014. A few months after that, she met her greatest admirer, Scottie, while taking her first walks around the neighborhood. 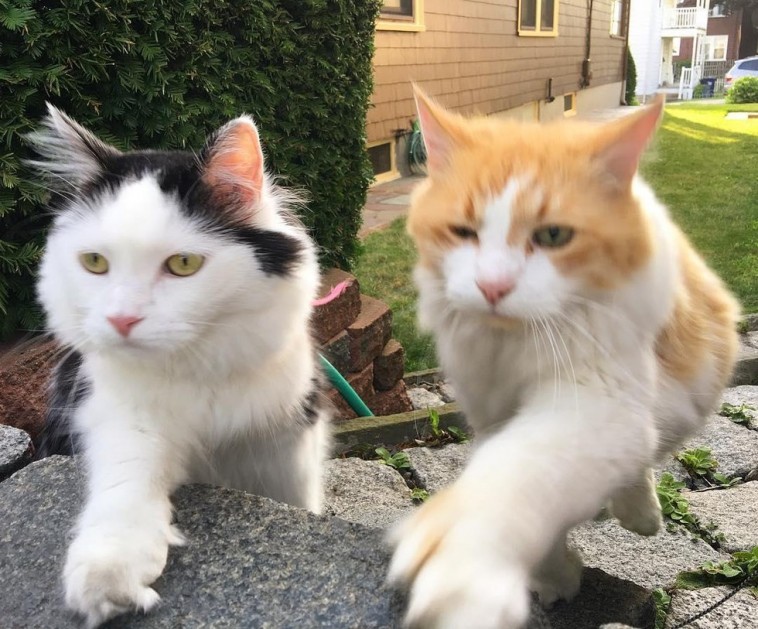 Since their first encounter, Scottie just couldn’t take his eyes off her, and he would always watch her from a distance almost every day.

Sophie, however, was too busy being a true lady. Playing hard-to-get was her way of testing the gentleman’s feelings for her. 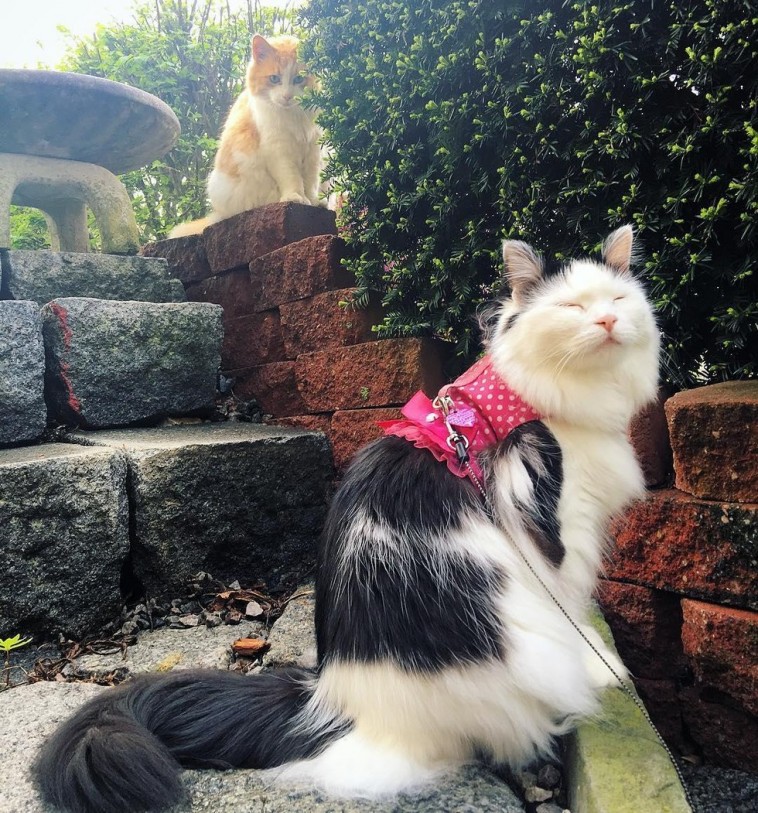 A few weeks later, Scottie finally found the courage to introduce himself to the charming feline. Every single day after that, his love grew deeper for Sophie and he makes that evident through his acts.

After days and days of pure effort, his love was finally acknowledged by Sophie. They became pals and they go on adventures together. 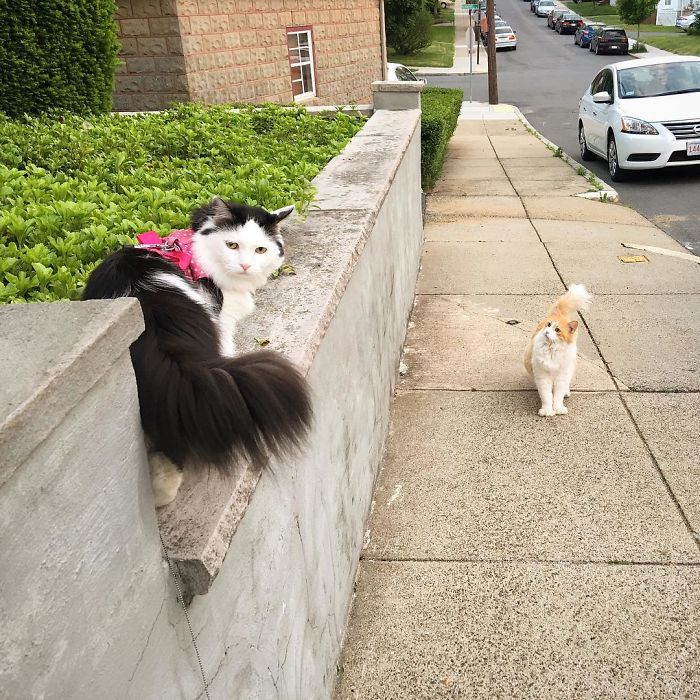 Their relationship grew deeper, and soon enough, Scottie gained her trust, allowing Scottie to sit closer to her.

Scottie was evidently consistent with his efforts which won him a place in Sophie’s heart.

Two years later, the two are inseparable and they are the cutest feline couple ever!
Look at how refined this couple are as they spend the day together.