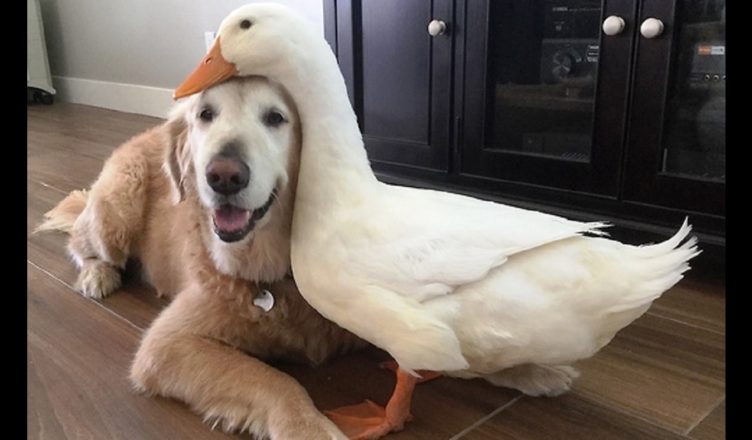 The owner of the golden retriever decided to have ducks. The name of the owner is Pam. She added 7 Pekin ducks in his farm. 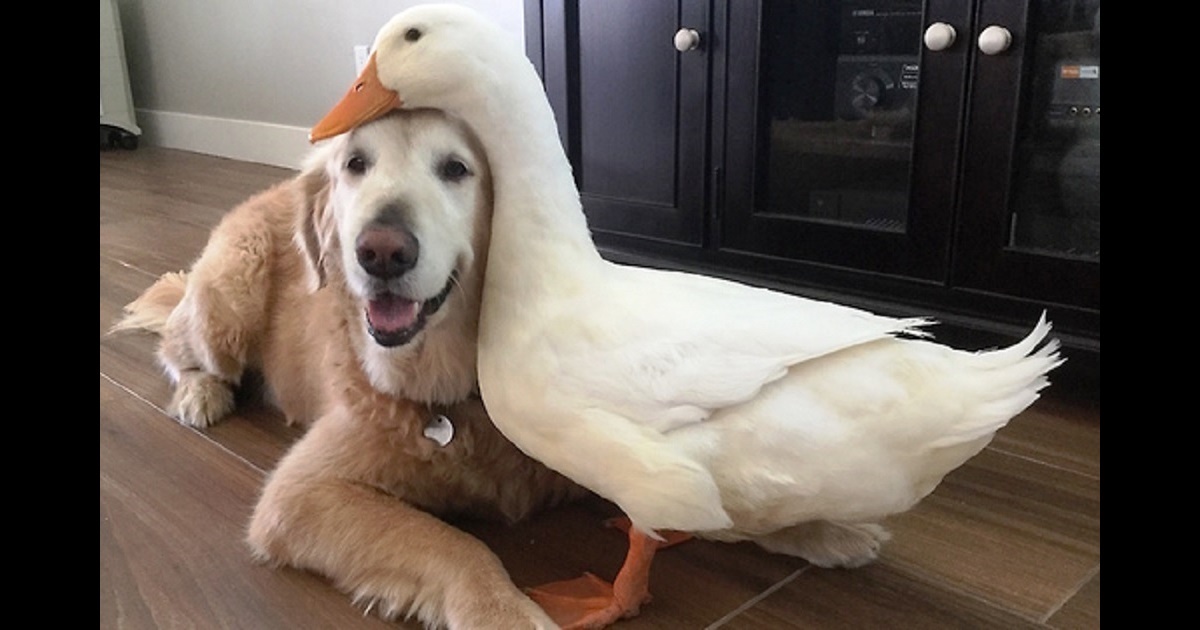 It was obvious that the golden retriever did not want to see this ducks at first. But after some time the dog came to see the ducks frequently.

The dog was named Barclay. He became interested in the ducks.The golden retriever just liked the food that ducks ate. He came to eat the part of the duck food. 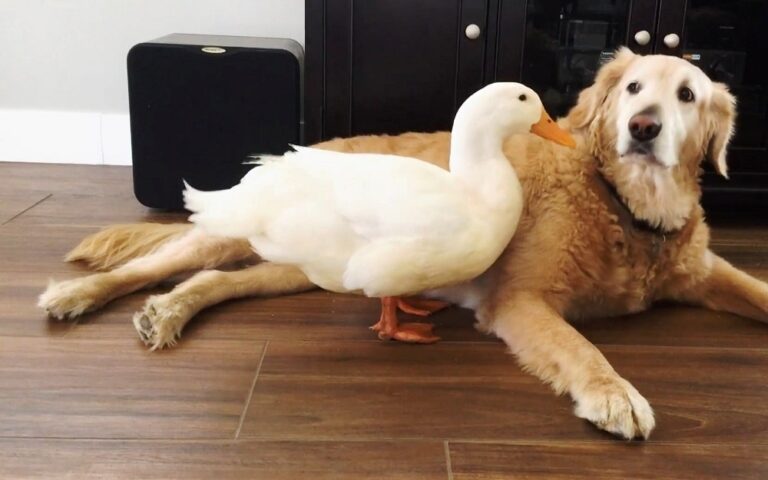 The ducks used to chase him away and not to let him eat their food. The duck named Rudy always chased him away but the dog used to return and eat the part of the food.

Nobody could have even imagined that the golden retriever and the duck would become inseperable friends. They spent much time together and their owner used to follow them. 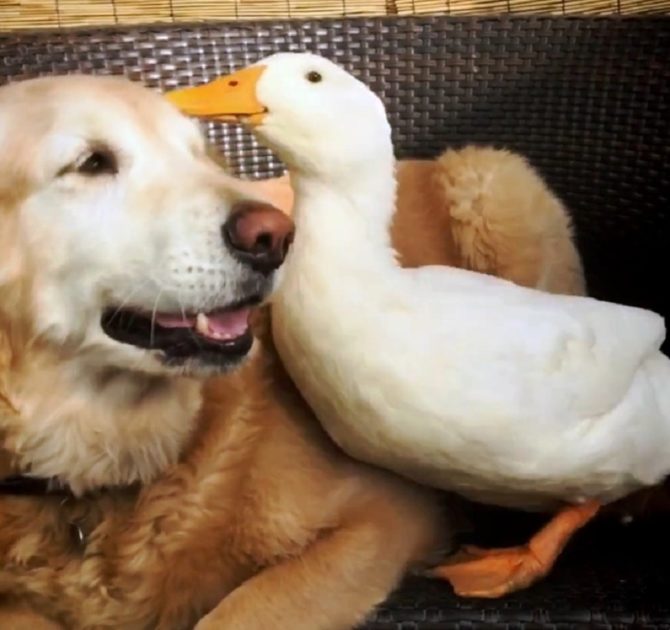 They just started to adore each other. Their friendship though seemed odd at first but now they get along with each other perfectly. The duck does not even let other ducks near the dog.

They show true affectionate towards each other. Though they are of different species but they found one language together. The duck likes to pet the golden retriever with his neck.

The dog likes to lick the duck. They are true and devoted friends. They feel safety being always at each other’s side.

Here is the heartwarming  video: