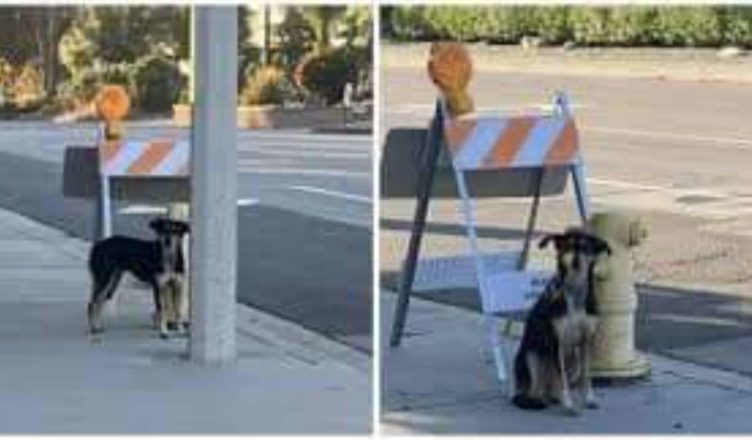 A group of Good Samaritans noticed a dog hiding under a construction sign on a busy road for 3 days, and immediately called Hall. 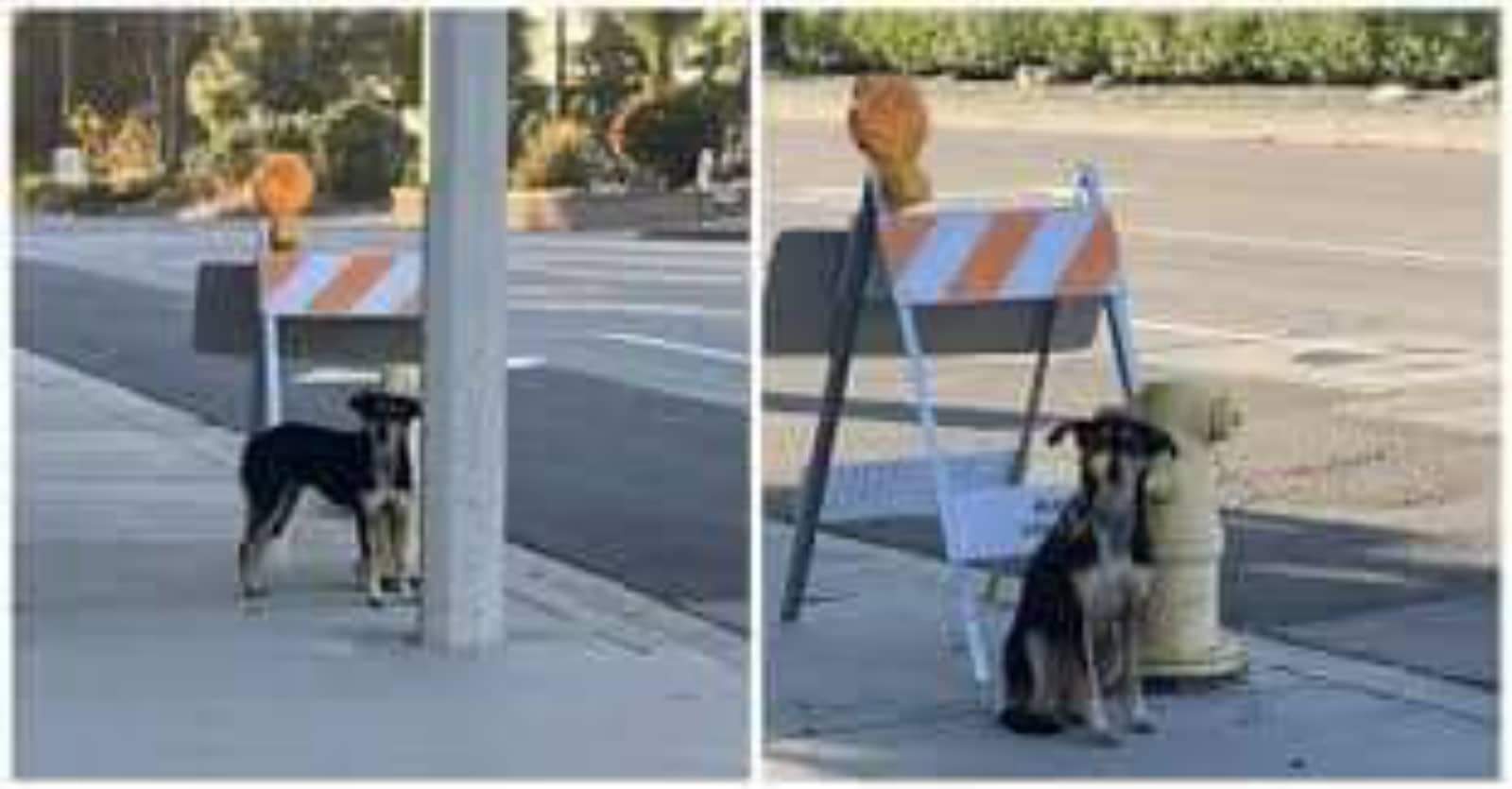 In an interview, Hall had this to say: “She was so afraid of people. People would try to go sit with her, or walk past her with their dogs, and she would just bark at them.” 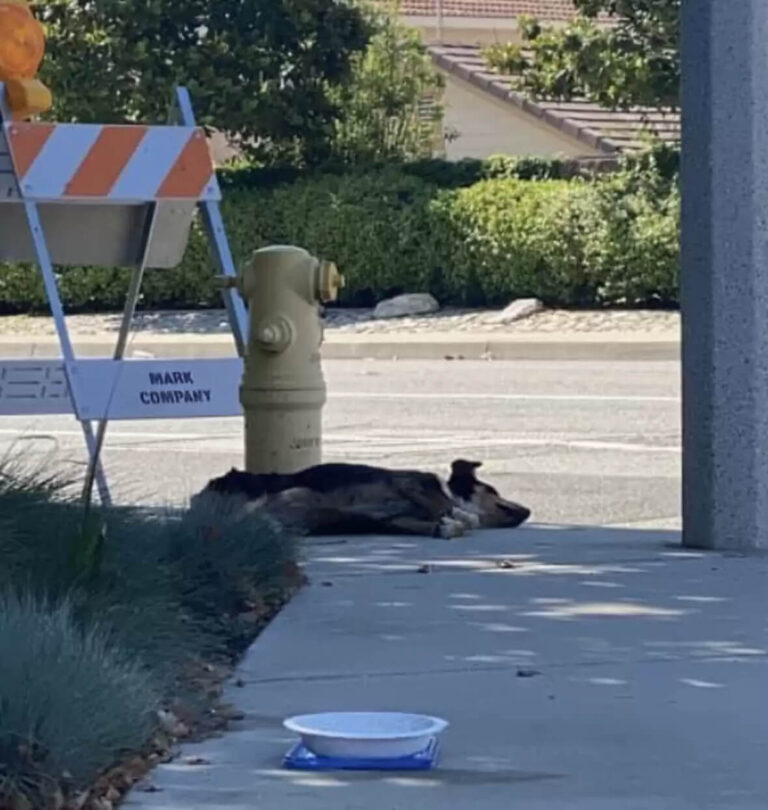 Although most neighbors couldn’t physically get close to the dog, they still contributed towards the rescue efforts like cooking hot dogs to be used as bait. However, even with the warm hot dogs, and an empty stomach, the dog didn’t budge an inch.

After hours and hours of trying to get the dog into the trap, it was to no avail. Hence, the woman decided to keep the trap at the construction site overnight, and come back the next day to give it a ago again. 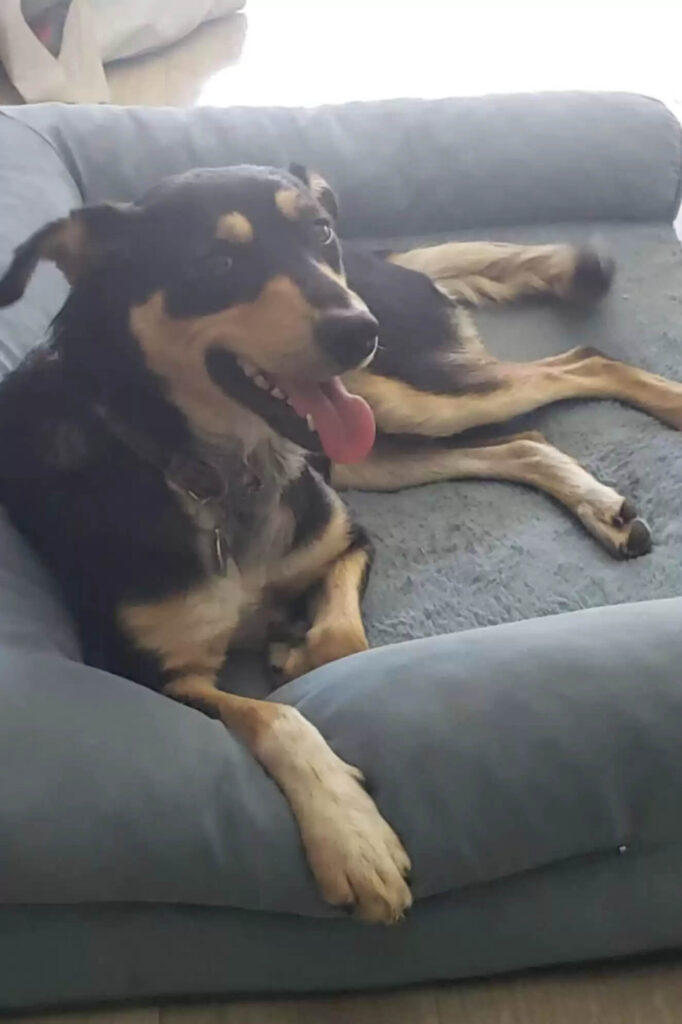 The next morning when Hall returned to the site, the dog was exactly in the same spot, but there was something different. By the morning, the neighborhood was quiet, and the dog was less spooked. Hall went on to say: “I freshened up the trap and pretended I was leaving.

I drove down the street, and then I saw her get up and start circling the trap.” When the woman got back to the site, the dog was in the trap, safe and sound. She also goes on to say: “Once I got her out of my trap, she was so scared.

She was frozen like a pancake. But she was so sweet. So I spent a lot of time with her just loving on her and rubbing her.”

After spending some quality time with the pup, Hall took her to the vet, where she set up a private room for her to relax and decompress for the next few days.

At the vet, the dog was given a name that suited her. Hall says: “We named her Bella. She just looked like a Disney princess to us.” According to Logan’s Legacy founder, when Bella knew that she was loved, and that she was safe, she started coming out of her shell.

The vet volunteered to foster the beautiful Bella, and Hall knew that the pup would be well looked after, and she would finally get her forever-after she truly deserves. Finally, Hall adds: “That little construction sign doesn’t have to be her home anymore. And she doesn’t have to wait anymore.”