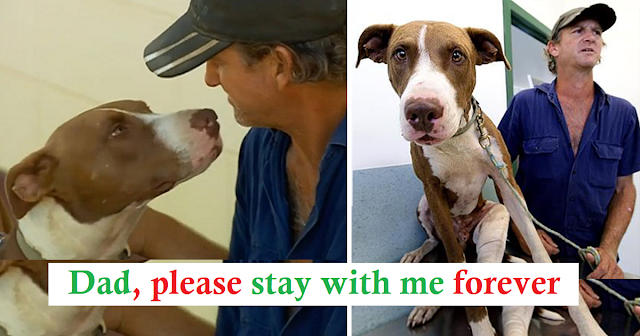 On a vacation through the Australian wilderness with his dog Choco, Wayne Best and his family were attacked by a crocodile.

Wayne was terrified that he would lose his best companion forever. Wayne spent two days cradling his dog in his arms while they made the journey to the vet because he couldn’t bear to lose him.

After Wayne and Choco spotted a feral pig along the Mitchell River, 186 miles northwest of Cairns in Australia, the 3-year-old greyhound/Bull arab mix gave chase. An enormous crocodile leaped out of the water and attacked him. 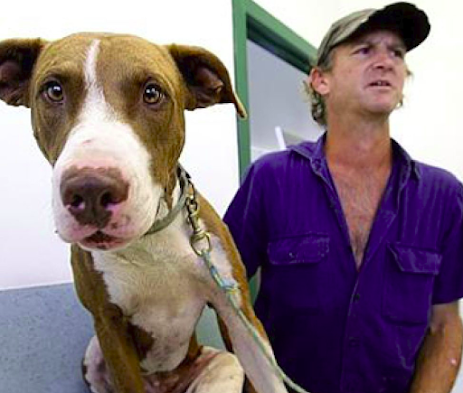 The crocodile shook Choco and dragged him under the water, Wayne told The Cairns Post. Choco surfaced and swam back to land two minutes later, and the crocodile was nowhere to be found.

«I just pulled him out of the water and flung him up on the bank there,» Wayne said to the press. I bandaged him and patched up some wounds, including ones in his belly and elsewhere, and brought him back to camp.

As there was no way to bring them to the hospital by car and the nearest road was more than 60 miles away, Best carried his dog across the bush to find aid. Choco’s leg was surgically repaired when Wayne caught a ride to the nearest vet.

The 3-year-old dog is expected to make a full recovery, but he will need a lot of downtime to heal over the next few months. Animal rights activists learned about what Wayne had done for his dog and contributed enough money to cover all of the vet fees.

Spread the word by sharing this article with your loved ones!