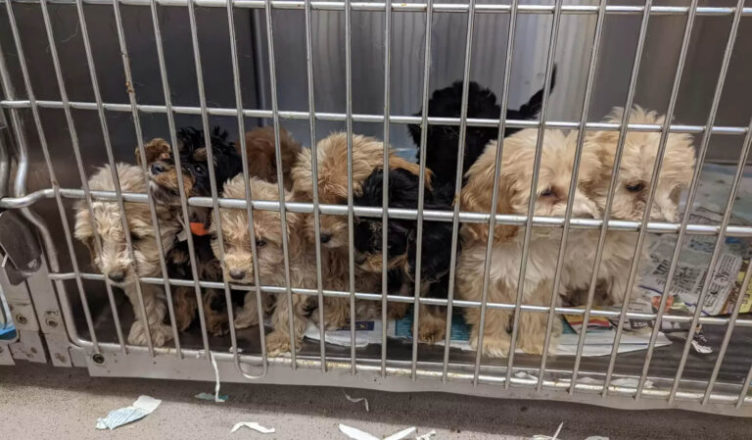 A Good Samaritan was out for a stroll in Essex, England one afternoon when he noticed an abandoned crate on the roadside. He was shocked when he sees who was in it. It was full of pups! 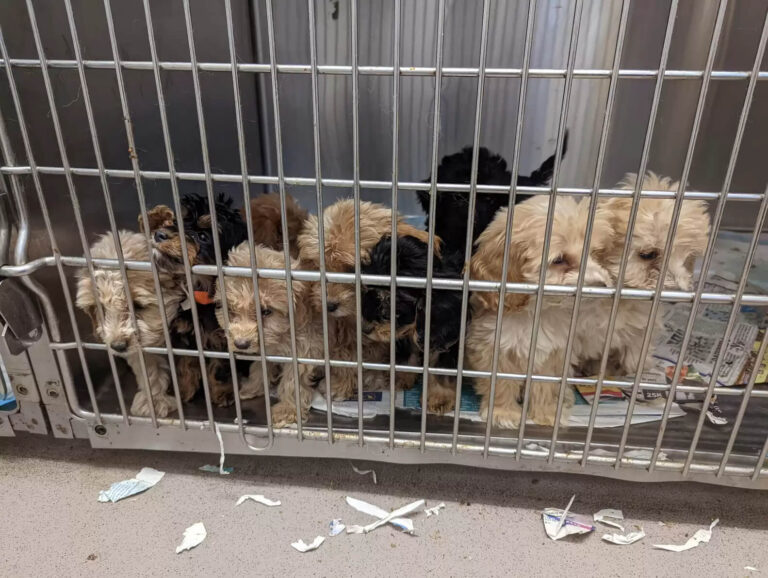 Not just one or two, it was twenty little puppies huddled up together in the crate. They were hopefully waiting for someone to bring them home. The kind passenger knew that he had to help and quickly sprang into action. He contacted the RSPCA hoping that they could help with them. As he believed, the rescue immediately sent two inspectors to collect the puppies and get them to the vet as quickly as possible.

Sian Ridley, an inspector with the RSPCA said in a press release that he thought he heard the number of puppies by a mistake. He couldn’t believe that someone had abandoned 20 puppies. “They were all quite scared and timid when we arrived and it was just heartbreaking to see them all huddled in the one cage-they looked a pitiful sight,” he said. 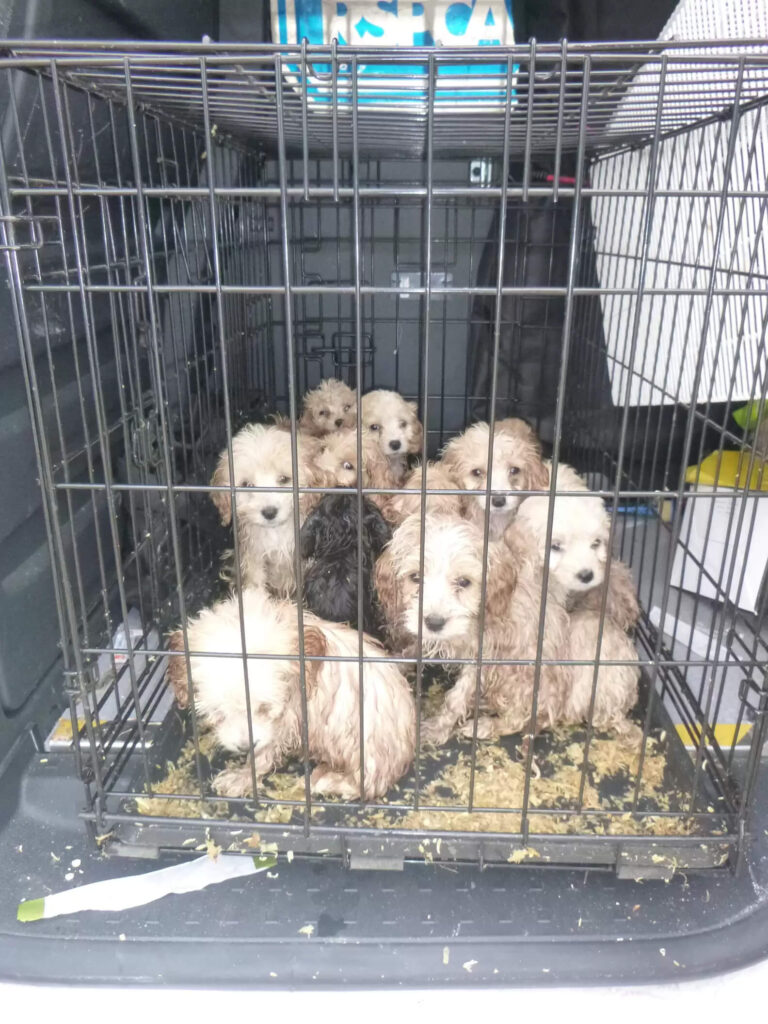 The vet discovered that they were probably from a few different litters. No one is exactly sure about the dogs’ breed but they think they are some kind of poodle mixes. They were all pretty small, weighing less than a bag of sugar. The vets were worried that they might be sick. Luckily most of them were actually really healthy even though they are being abandoned.

Ridley was thankful to all the passengers who stayed to help them. And for the vets who were able to take care of them over a weekend at such short notice. No one knows where they came from. Maybe they are from a puppy farm. As there were so many of them, the rescuers decided to name them according to alphabetical order. 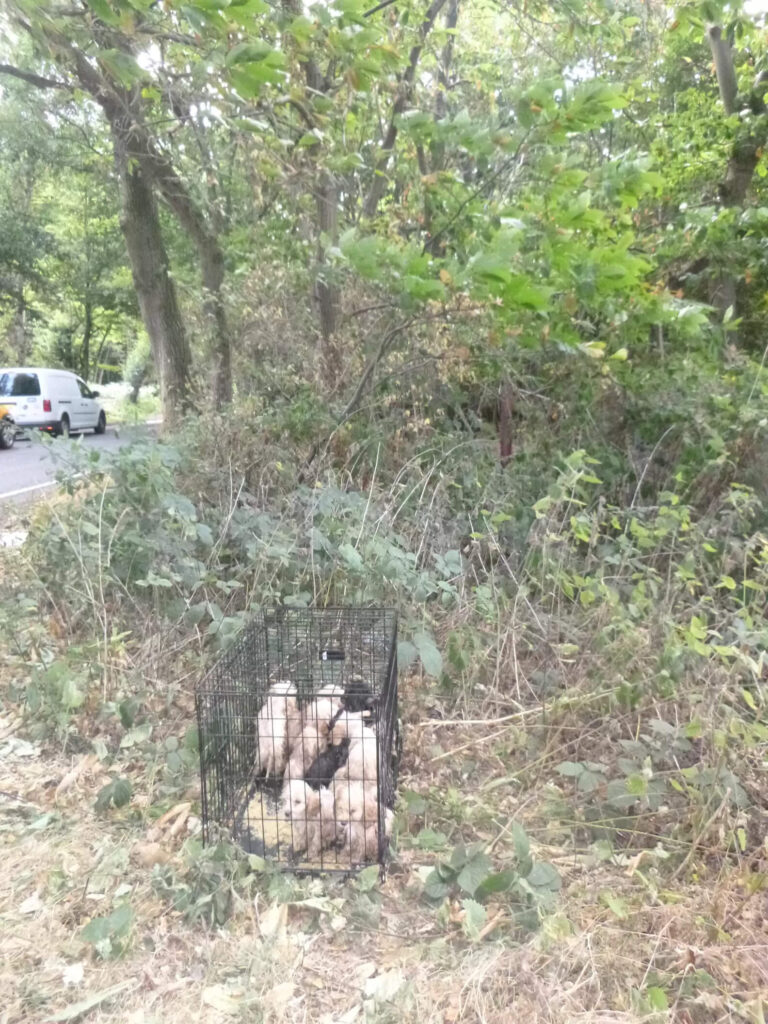 They were named, Albert, Boris, Dylon, Elenor, Freddie, Guinevere, hank, Irene, Jeremiah, Kaleb, Luna, Morris, Nevel, Oliver, Peter, Quinton, Rupert, and Saffron. They seemed to age from 6-8 weeks and are currently growing into themselves and learning to be in playful puppy life.

Many of them have already been offered homes by members of the vet staff. They are all currently in foster homes and will head off to their forever homes whenever they are ready as grown pups. Everyone who was involved in rescuing them was shocked when they heard how many they are. Luckily they were found and will go to have wonderful lives with amazing families. 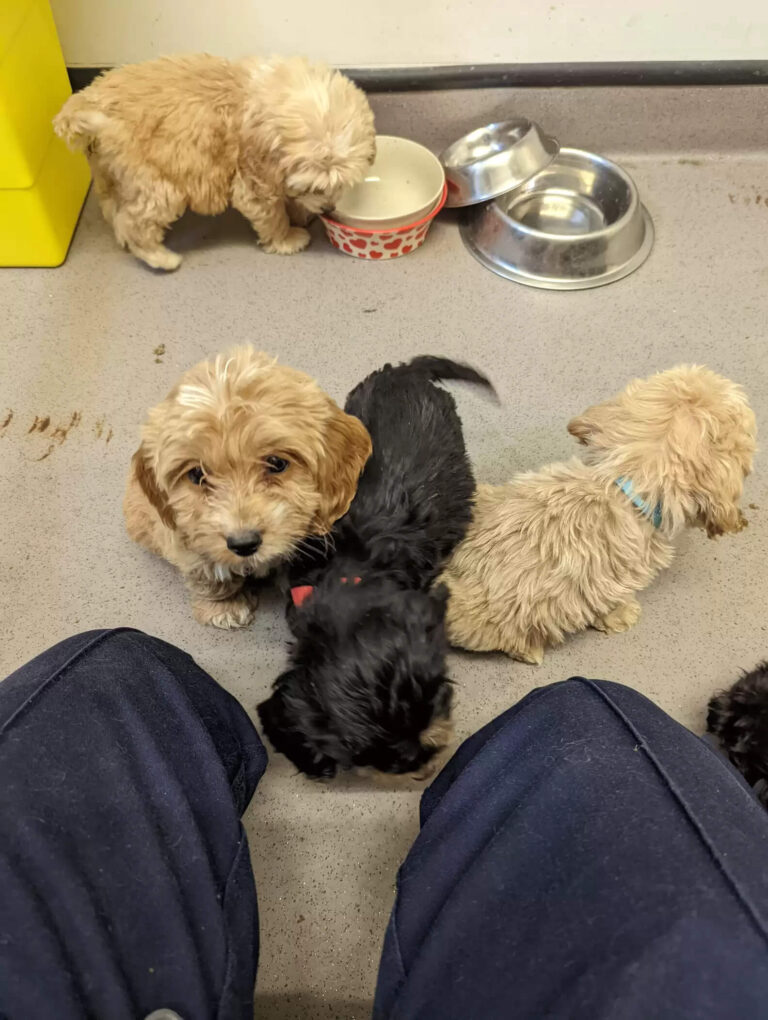 It is so irresponsible and cruel abandoning these much tiny puppies. If you can’t treat your pets well, it is better to ask for help before things get so desperate.