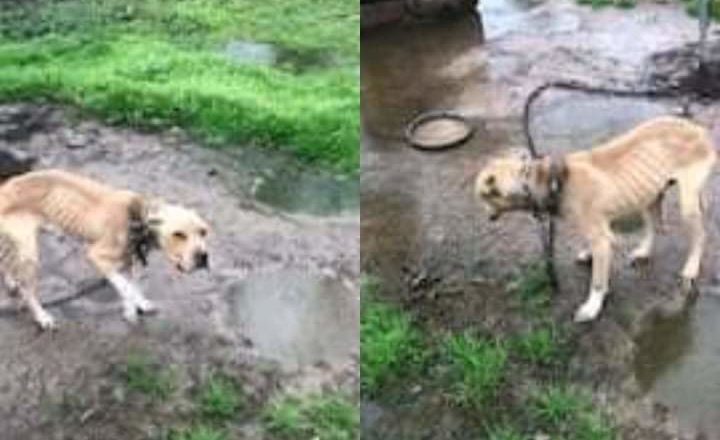 A dog was seen after being malnourished and living in horrible conditions for already five years. The poor dog was not fed properly. 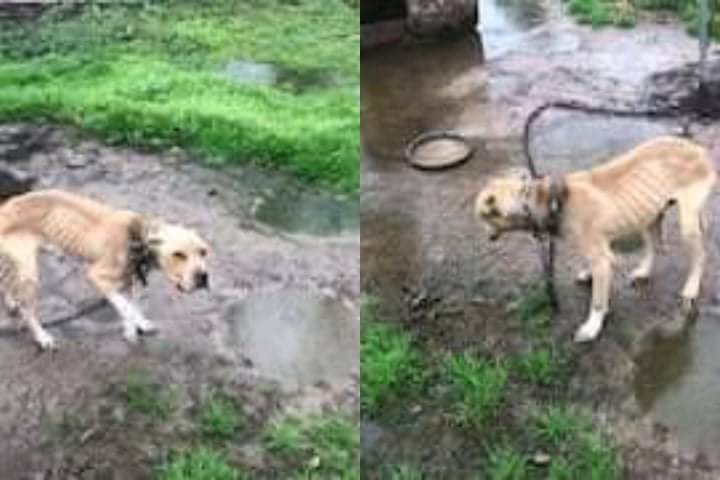 The dog looked so poor and weak. His bones were seen. He was called «Bad dog» by his owner.

A rescue team receieved a call about this dog chained for five years. The rescue team contacted with the owner to ask about the dog. 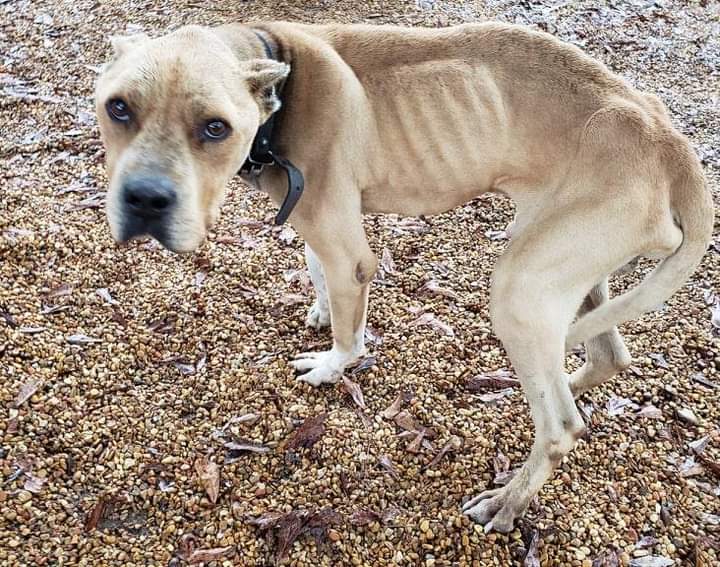 The owner said that the dog was not permitted to be around children and never was in the company with the dogs. The rescue took the dog to an animal shelter.

He weighed very low. He was 38 lbs. He was in a terrible state. He suffered from injures as he was in mud and under rain all five years. 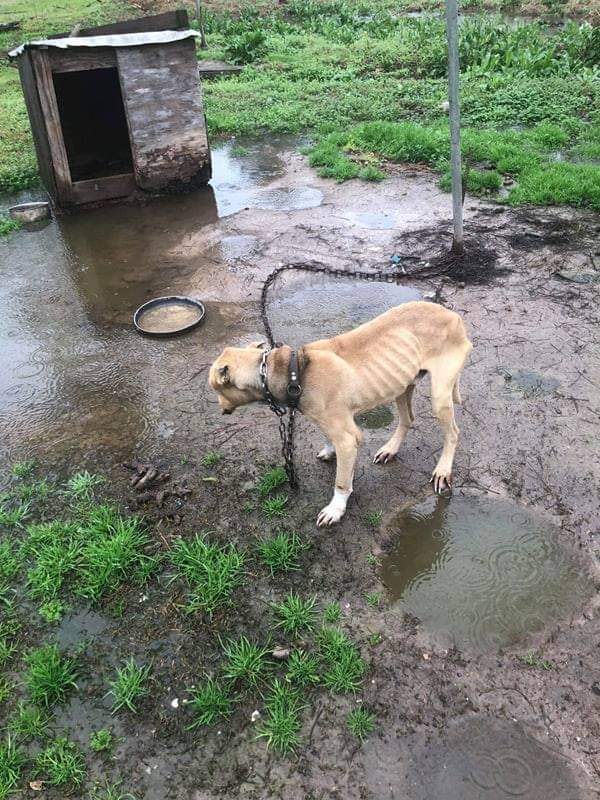 Gratefully the dog will be taken care of and loved here. We hope he will gain weigh and feel better soon. The dog was named Phoenix by the rescue team.