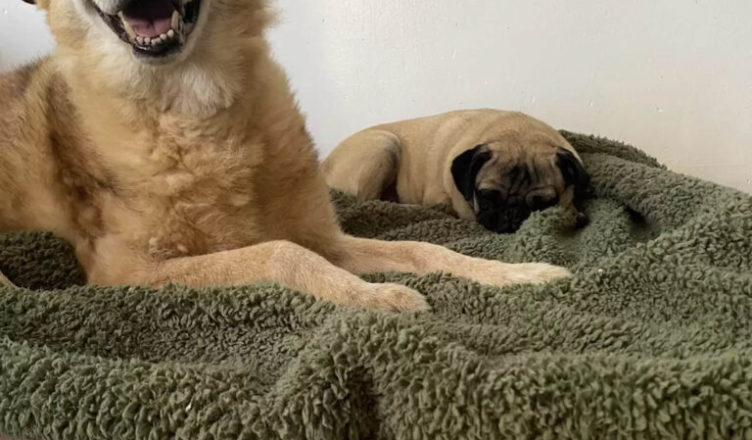 For nearly 15 years, Stuart’s dream has been finding a forever home and a forever family for himself. 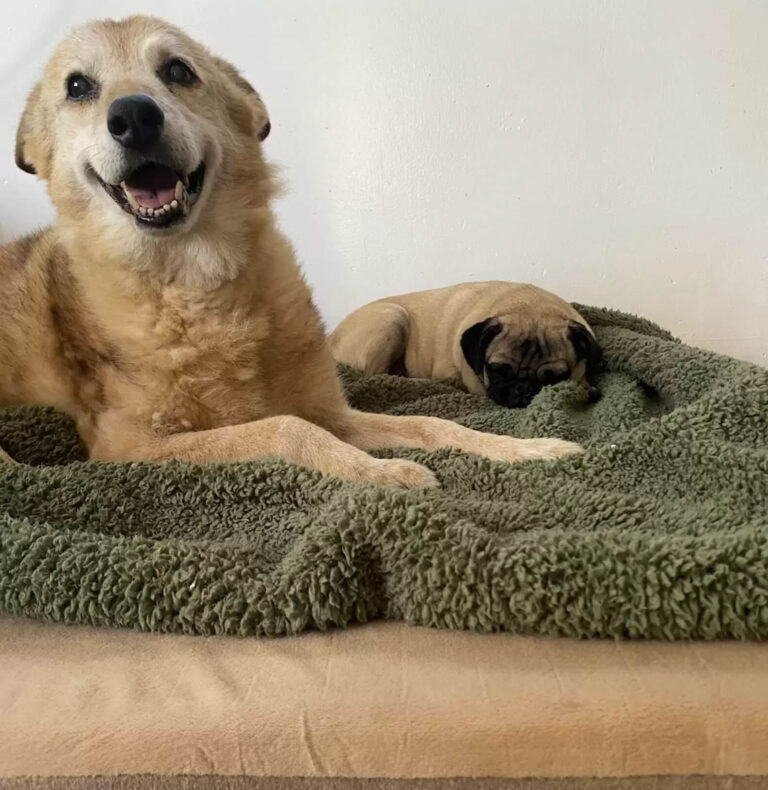 Coming into the shelter at 1-year-old, this now 14-year-old dog has lived his entire life at the shelter. What Stuart needed was a hero, to give him the unconditional love that he needed, and a warm bed to sleep on at the end of a long tiring day.

He was adopted twice, and after failing and being returned both times, and he’s been worried ever since then, that he’d have to live the rest of his days at the shelter. That was before he hit the jackpot. 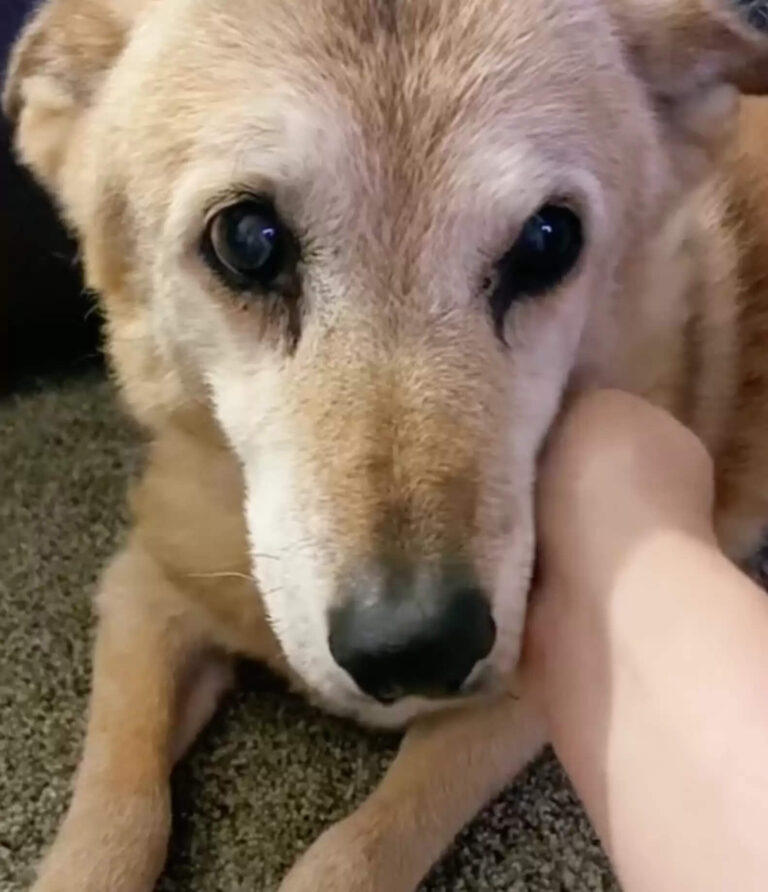 In 2008, when Stuart entered an animal shelter, there were other pups like him who had spent a majority of their lives there.

Former Friends of Strays, Inc. employee Emily Wozniak had this to say in an interview: “It really broke my heart to know that there have been dogs there for 14, 10, 8, 5 years, like Stuart. So I posted his story [on TikTok] in hopes to find him a home.” 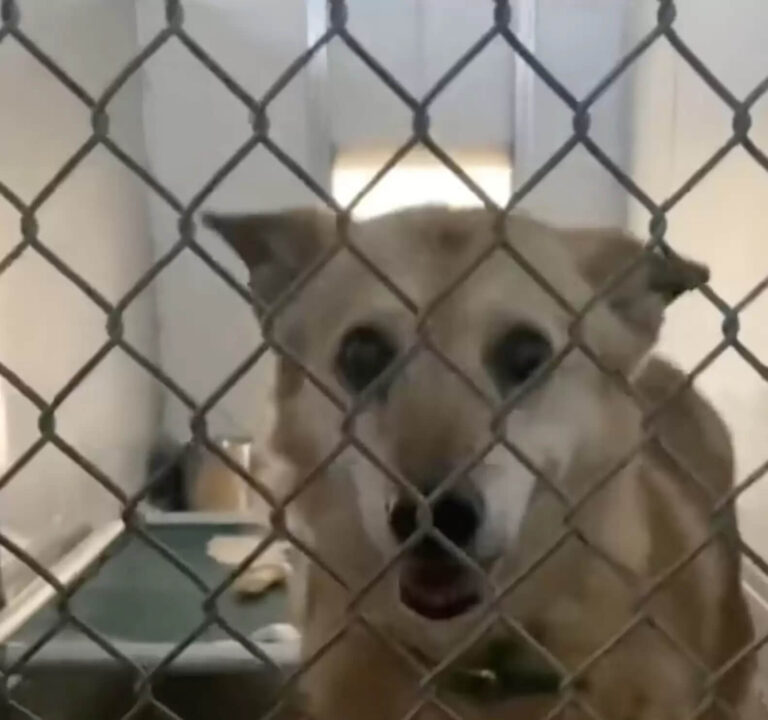 The video shared on TikTok went viral, and it bought this senior shepherd-heeler mix quite a lot of attention, and this included the attention of a woman who lived only 5 hours away. Stuart’s mom and founder of Repo’s Rescue, Natalie Snyder had this to say: “I first found out about Stuart through that video showing his intake paperwork. Stuart had many potential candidates available to adopt him, but I knew he’d be perfect for my household.”

Snyder didn’t buy this, and nor did the community. They pushed for adoption, knowing full well that Snyder and Stuart needed each other. Snyder goes on to say: “They called me a day later when I was back home. They allowed his adoption and I could bring Stewart home.”

After being adopted by Snyder, Stuart’s life drastically changed for the better, as he doesn’t have to nap on concrete or hear extremely loud noises. Snyder also had this to say: “He loves his orthopedic bed and exploring the backyard watching the birds. It’s very emotional to watch him transition and experience life on his own terms.”

Day by day, this 14-year-old senior dog learns to trust the chance that has been given to live the remainder of his life in happiness and surrounded by love. Snyder is also enjoying the company of her new companion, knowing full well that he will never ever have to worry about finding his forever home again.

Finally she had this to sa¹y: “Stuart makes me believe in the goodness of people. He’s opened my eyes to what I’m capable of and even more so, what he is capable of. It makes me proud to see him get up every day and try new things, and be brave despite his past. He’s a truly wonderful dog.”